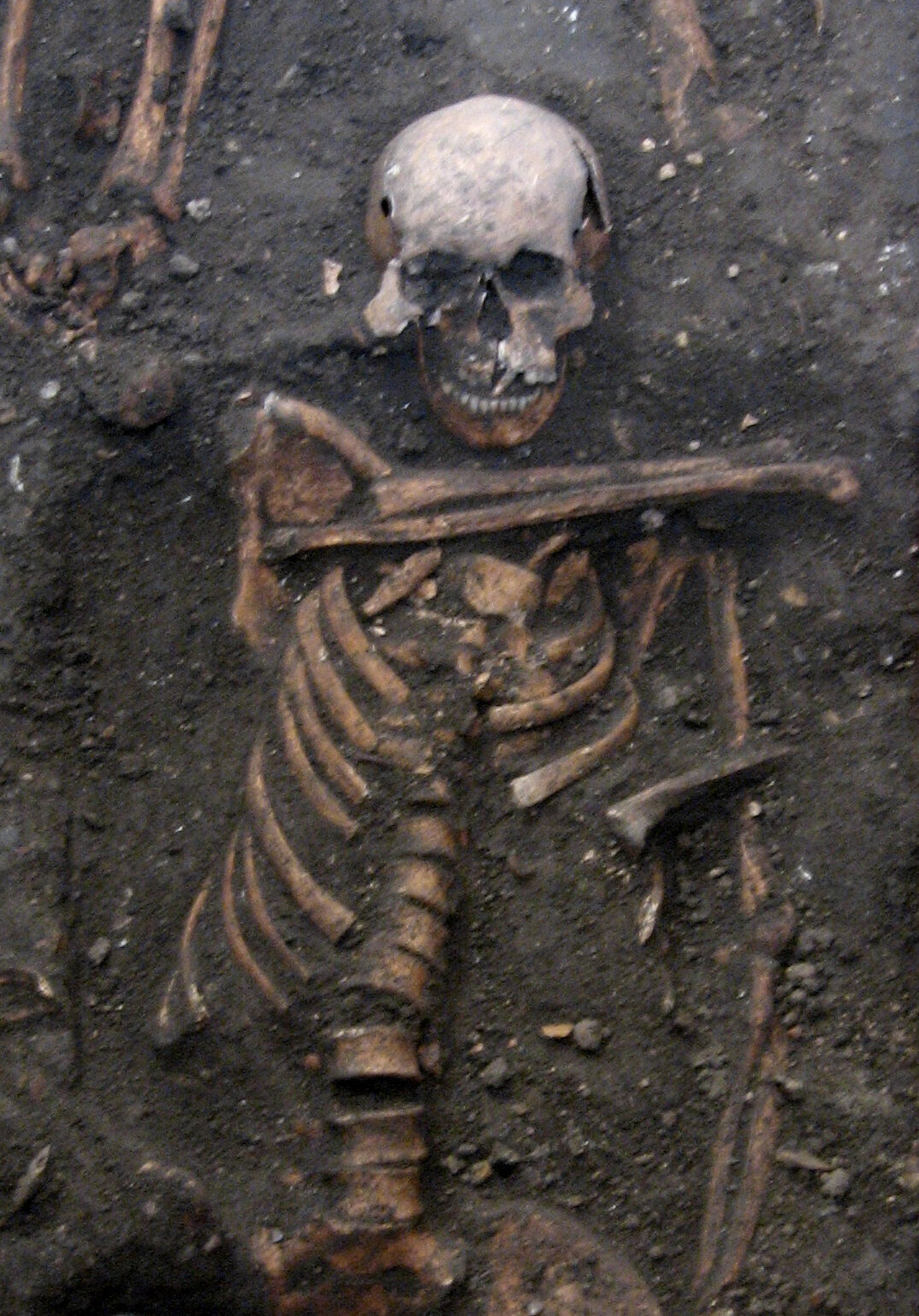 Ancient genomes from the herpes virus that commonly causes lip sores—and currently infects some 3.7 billion people globally—have been uncovered and sequenced for the first time by an international team of scientists led by the University of Cambridge.

Latest research suggests that the HSV-1 virus strain behind facial herpes as we know it today arose around five thousand years ago, in the wake of vast Bronze Age migrations into Europe from the Steppe grasslands of Eurasia, and associated population booms that drove rates of transmission.

Herpes has a history stretching back millions of years, and forms of the virus infect species from bats to coral. Despite its contemporary prevalence among humans, however, scientists say that ancient examples of HSV-1 were surprisingly hard to find.

The authors of the study, published in the journal Science Advances, say the Neolithic flourishing of facial herpes detected in the ancient DNA may have coincided with the advent of a new cultural practice imported from the east: romantic and sexual kissing.

“The world has watched COVID-19 mutate at a rapid rate over weeks and months. A virus like herpes evolves on a far grander timescale,” said co-senior author Dr. Charlotte Houldcroft, from Cambridge’s Department of Genetics.

“Facial herpes hides in its host for life and only transmits through oral contact, so mutations occur slowly over centuries and millennia. We need to do deep time investigations to understand how DNA viruses like this evolve,” she said. “Previously, genetic data for herpes only went back to 1925.”

The team managed to hunt down herpes in the remains of four individuals stretching over a thousand-year period, and extract viral DNA from the roots of teeth. Herpes often flares up with mouth infections: at least two of the ancient cadavers had gum disease and a third smoked tobacco.

The oldest sample came from an adult male excavated in Russia’s Ural Mountain region, dating from the late Iron Age around 1,500 years ago.

Two further samples were local to Cambridge, UK. One a female from an early Anglo-Saxon cemetery a few miles south of the city, dating from 6-7th centuries CE. The other a young adult male from the late 14th century, buried in the grounds of medieval Cambridge’s charitable hospital (later to become St. John’s College), who had suffered appalling dental abscesses.

The final sample came from a young adult male excavated in Holland: a fervent clay pipe smoker, most likely massacred by a French attack on his village by the banks of the Rhine in 1672.

“By comparing ancient DNA with herpes samples from the 20th century, we were able to analyze the differences and estimate a mutation rate, and consequently a timeline for virus evolution,” said co-lead author Dr. Lucy van Dorp, from the UCL Genetics Institute.

Co-senior author Dr. Christiana Scheib, Research Fellow at St. John’s College, University of Cambridge, and Head of the Ancient DNA lab at Tartu University, said: “Every primate species has a form of herpes, so we assume it has been with us since our own species left Africa.”

“However, something happened around five thousand years ago that allowed one strain of herpes to overtake all others, possibly an increase in transmissions, which could have been linked to kissing.”

The researchers point out that the earliest known record of kissing is a Bronze Age manuscript from South Asia, and suggest the custom—far from universal in human cultures—may have traveled westward with migrations into Europe from Eurasia.

In fact, centuries later, the Roman Emperor Tiberius tried to ban kissing at official functions to prevent disease spread, a decree that may have been herpes-related. However, for most of human prehistory, HSV-1 transmission would have been “vertical”: the same strain passing from infected mother to newborn child.

Two-thirds of the global population under the age of 50 now carry HSV-1, according to the World Health Organization. For most of us, the occasional lip sores that result are embarrassing and uncomfortable, but in combination with other ailments—sepsis or even COVID-19, for example—the virus can be fatal. In 2018, two women died of HSV-1 infection in the UK following Cesarean births.

“Only genetic samples that are hundreds or even thousands of years old will allow us to understand how DNA viruses such as herpes and monkeypox, as well as our own immune systems, are adapting in response to each other,” said Houldcroft.

The team would like to trace this hardy primordial disease even deeper through time, to investigate its infection of early hominins. “Neanderthal herpes is my next mountain to climb,” added Scheib.

A step on the way to better therapies against viruses