Pokémon Sword and Shield (SwSh) for the Nintendo Switch are unlike any other Pokémon games that have come before.

With features like ‘The Wild Area,’ ‘Raid Battles,’ and ‘Dynamaxing,’ SwSh differentiate themselves from the rest of the long-running Pokémon series in several ways. What makes the series even more unique is that it brings downloadable content (DLC) to the franchise for the first time — and The Crown Tundra, the latest SwSh expansion pack, was worth the wait.

You could argue that Game Freak, the Pokémon series developer, should have added this content to the main game in the first place, but looking past that, The Crown Tundra still offers a solid package.

The Crown Tundra adds some much-needed difficulty to Pokémon Sword and Shield alongside a fun new feature and an adorable story.

One of the main selling points of The Crown Tundra is a new feature called ‘Dynamax Adventures.’ These adventures bring a much-needed difficulty increase to the two relatively easy Pokémon games. The main titles and their first DLC, The Isle of Armor, featured a rather low difficulty level, and arguably, the most challenging part was the ‘Max Raid Battles.’

Max Raid Battles occur when four trainers take on a gigantic oversized Pokémon to catch it. These large-scale battles are available at different difficulty levels, but it’s difficult to try to coordinate with a team of strangers that you can’t communicate with.

Pokémon SwSh takes this one step further with new Dynamax Adventures, where a team of four can go into a ‘Lair’ and fight three Dynamaxed Pokémon. Trainers rent a single monster at the beginning of the adventure. As you continue forward, you’ll have the opportunity to switch out the Pokémon you rented with Dynamaxed Pokémon you’ve defeated on the way, or occasionally come across an NPC offering a new rental Pokémon.

Only one out of the four trainers are allowed to make the switch, so you need to be smart about your selections, especially considering your Pokémon don’t heal during your adventure unless you find berries. 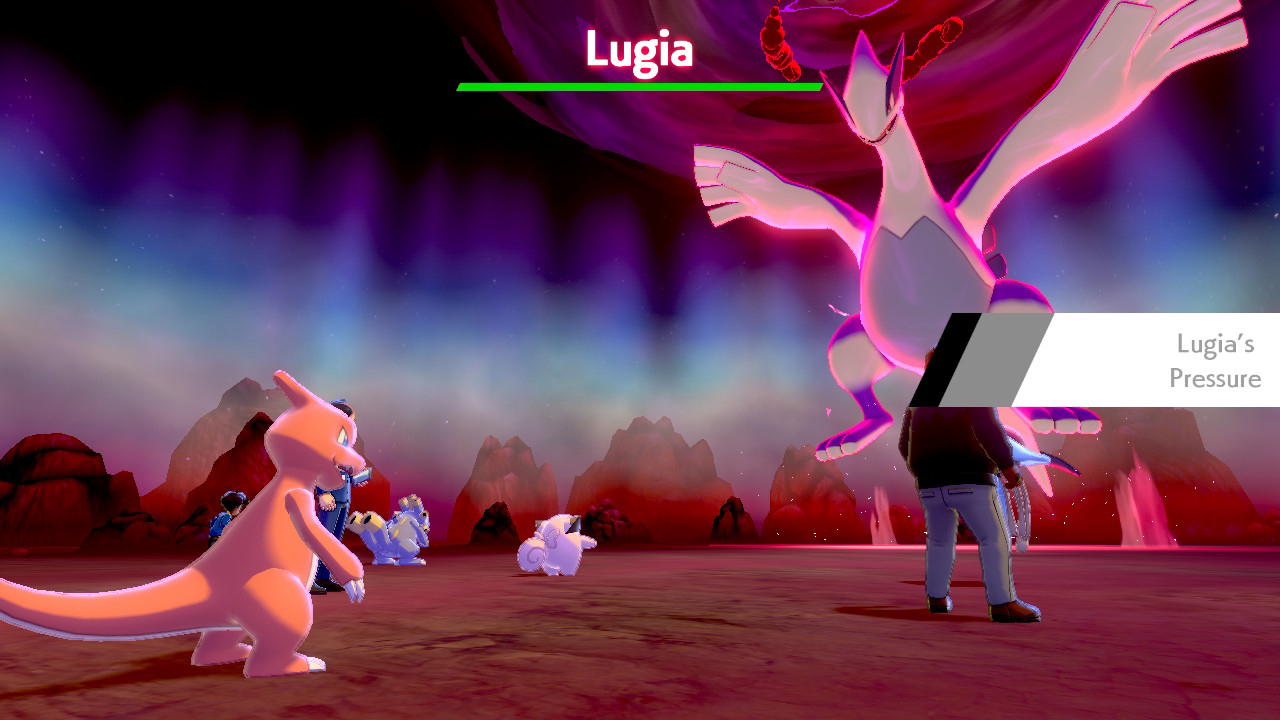 During my experience, I found Dynamax Adventures pretty challenging because you have to coordinate with strangers. Occasionally, the randoms I played with would make strange moves and cause us to lose. There are four faints among your team in a Lair, and if you fail, you’re kicked out and have to try again.

Completing the challenge gives players the chance to capture a Legendary Pokémon with a 100 percent success rate if you’re able to defeat it in battle. Seeing gigantic Pocket Monsters like Lugia, Giratina and Arceus at the end of a Dynamax Adventure made these Pokémon feel truly Legendary.

Teaming up with friends and being able to strategize definitely helps make Dynamax Adventures easier. What’s good about this new feature is that if you and your teammates mess up, you’re always able to go back and find that specific Legendary. 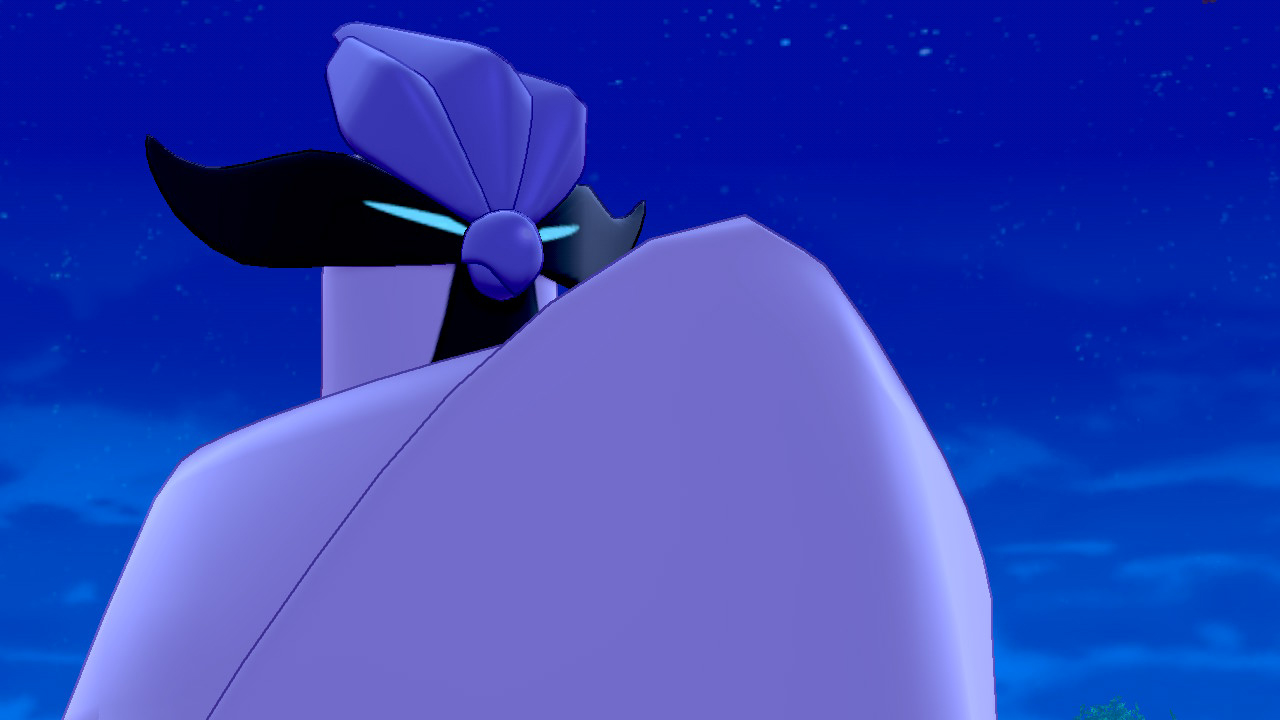 In earlier games in the series, one of the core concepts was roaming Pokémon. Suicune, Raikou, and Entei in the second generation of games travelled the land and were incredibly annoying to catch a lot of the time. This time around, the trainer is trying to catch the Galarian form of the first generation’s Legendary birds: Zapdos, Articuno and Moltres.

To accomplish this goal, you need to travel all around Galar to look for them. There’s some added fun to this mix this time. When you see Zapdos in the overworld, the Legendary bird is running around like the Road Runner, Moltres is flying over the ocean (making it really hard to catch) and Articuno makes copies of itself. Also, if you pick the wrong Articuno, it’ll fly away. I thought this was a fun and original way to implement roaming Pokémon in Pokémon Sword and Shield‘s world. 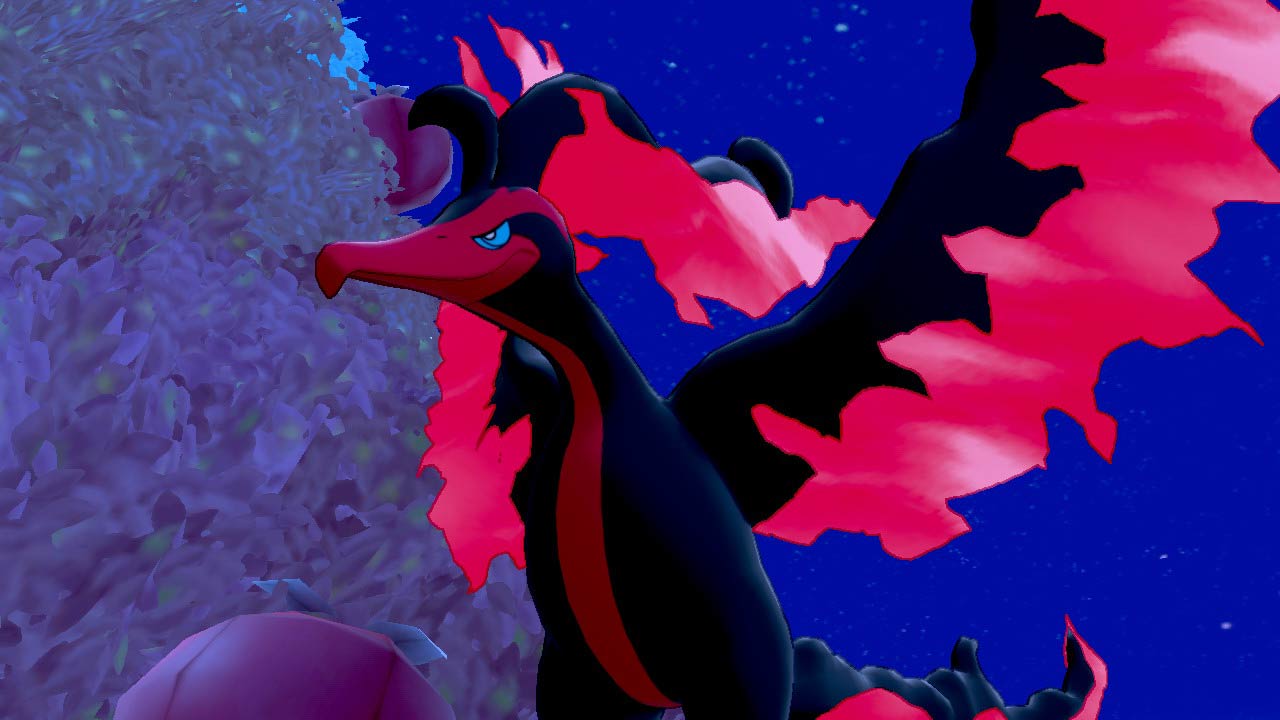 Alongside the Legendary birds, you catch the five Regis: Regidrago, Regieleki, Regice, Regirock and Registeel. To find them all, you’ll need to go around to different ruins and solve puzzles, which often feature interesting and entertaining gameplay elements. They were simple, for the most part, but one of them actually stumped me. After capturing the five Regis — you’ll be given the choice of only Regidrago or Regieleki in a game, so you’ll need to get the opposite one you captured or traded into your save file — you’re able to battle a Dynamaxed Regigigas at level 100 that’s extremely difficult to capture. 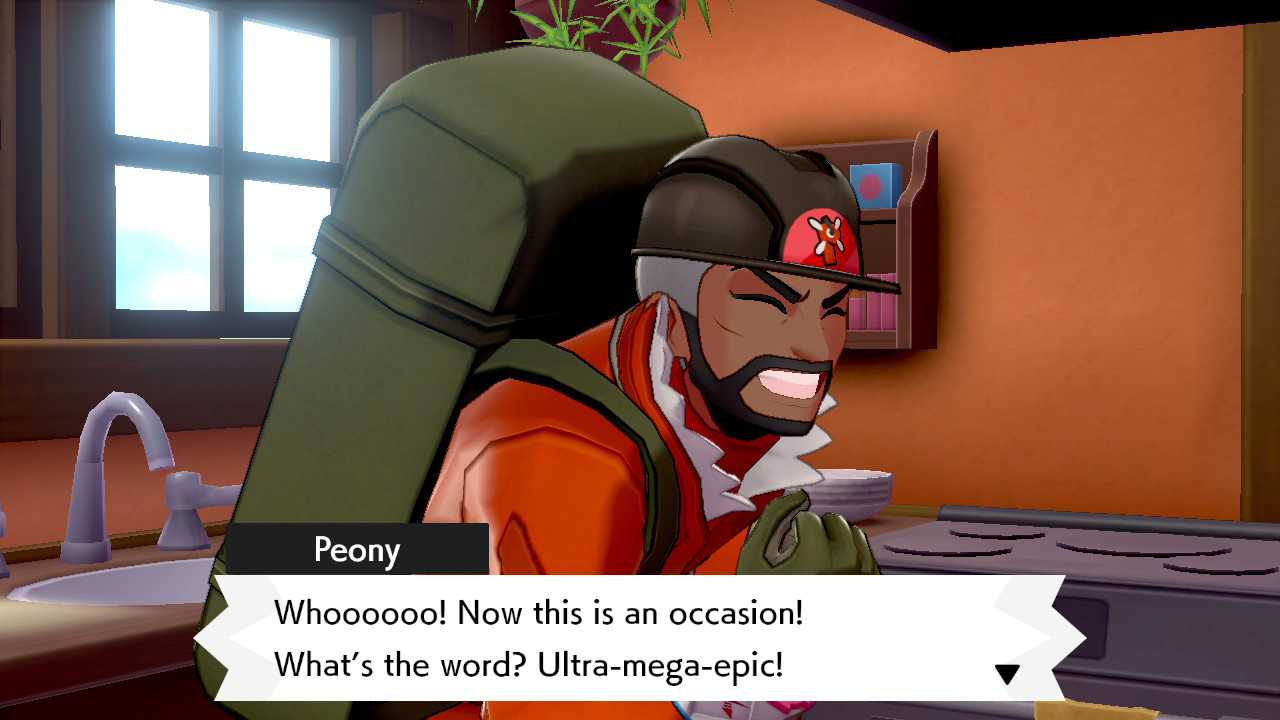 Like the base SwSh game and The Isle of Armor, the storyline of The Crown Tundra isn’t all that deep or exciting, but I still found it adorable and even a bit weird at times.

When you first take the train over to the Crown Tundra, you meet two NPCs, Peony and his daughter Peonia. Peony invites you to take part in his ‘adven tours’ that take you through the Crown Tundra and challenge you to capture the Regis and the Legendary birds. The main story focuses on Calyrex, a grass/psychic Legendary Pokémon that can take over humans’ minds.

Calyrex takes over the mind of Peony and uses him as his mouthpiece throughout the whole story. Going further, Calyrex even uses the move Psychic to control Peony’s body and move him around the Crown Tundra, which reminded me of when Mewtwo takes over Nurse Joy in Pokémon The First Movie: Mewtwo Strikes Back. 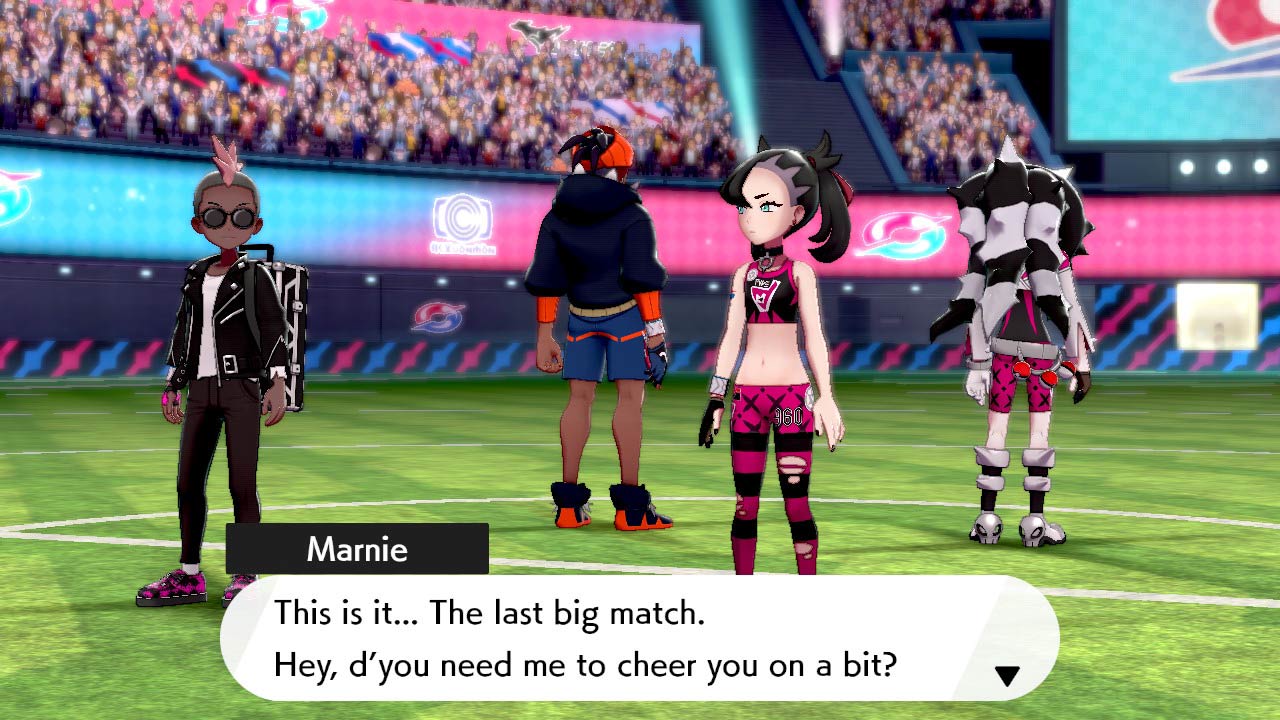 The main story isn’t difficult and mostly involves fetch quests and battling some surprise Pocket Monsters. It’s not that long either, but it was definitely better than the main story in The Isle of Armor.

After completing the main story, you’re able to take part in the ‘Galarian Star Tournament,’ which features double battles with one of the NPCs from the game against gym leaders and other notable characters. When I took part in the tournament, I teamed up with Marnie, one of the main characters from SwSh and at the end of the tournament, we fought against Piers and Raihan. Piers, Marnie’s older brother, had some choice words to say at the end of the battle, which was a fun addition to the game’s story. 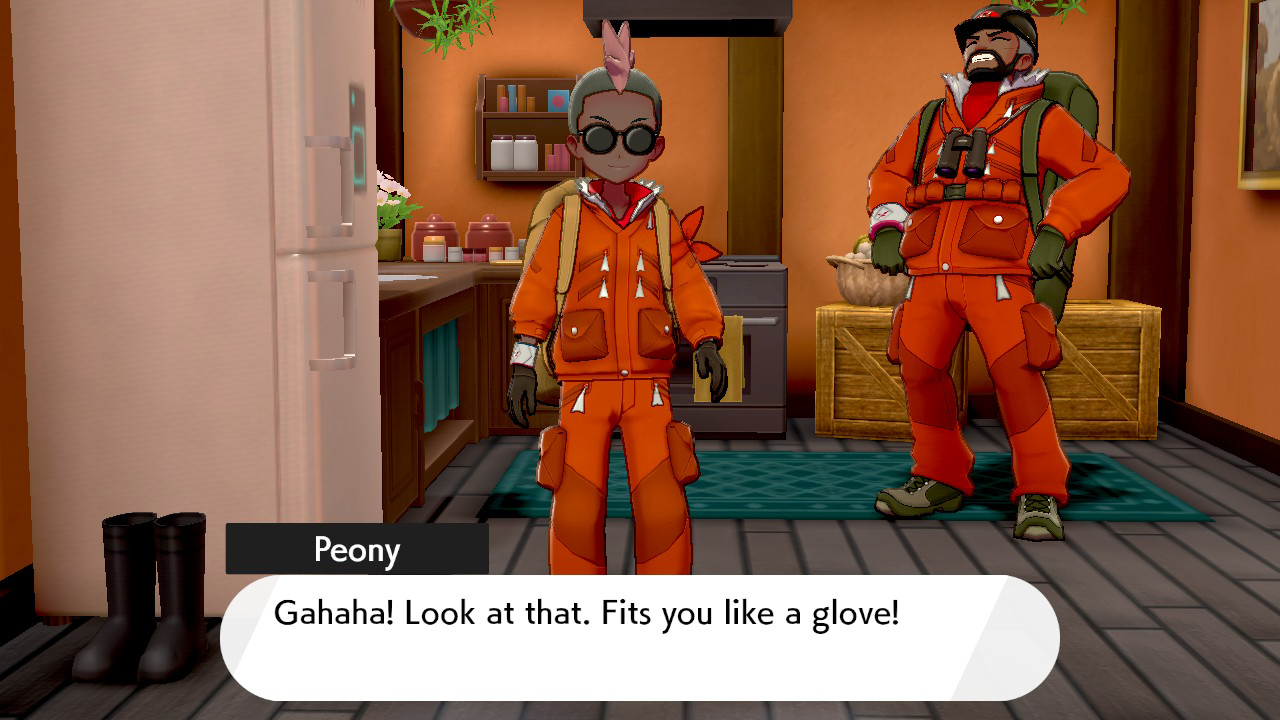 Ultimately, Pokémon Sword and Shield: The Crown Tundra was a lot more fun than I’d expected. Like the Isle of Armor, this new section of the game offers a Wild Area-like experience where the user has full control of the game’s camera and sees Pocket Monsters running around in the wild.

I like this implementation and hope that the next Pokémon games and DLC only offer this form of exploration. That said, I still want more random trainer encounters. Also, a Pokémon game with the series’ full Pokédex would be a welcome entry. 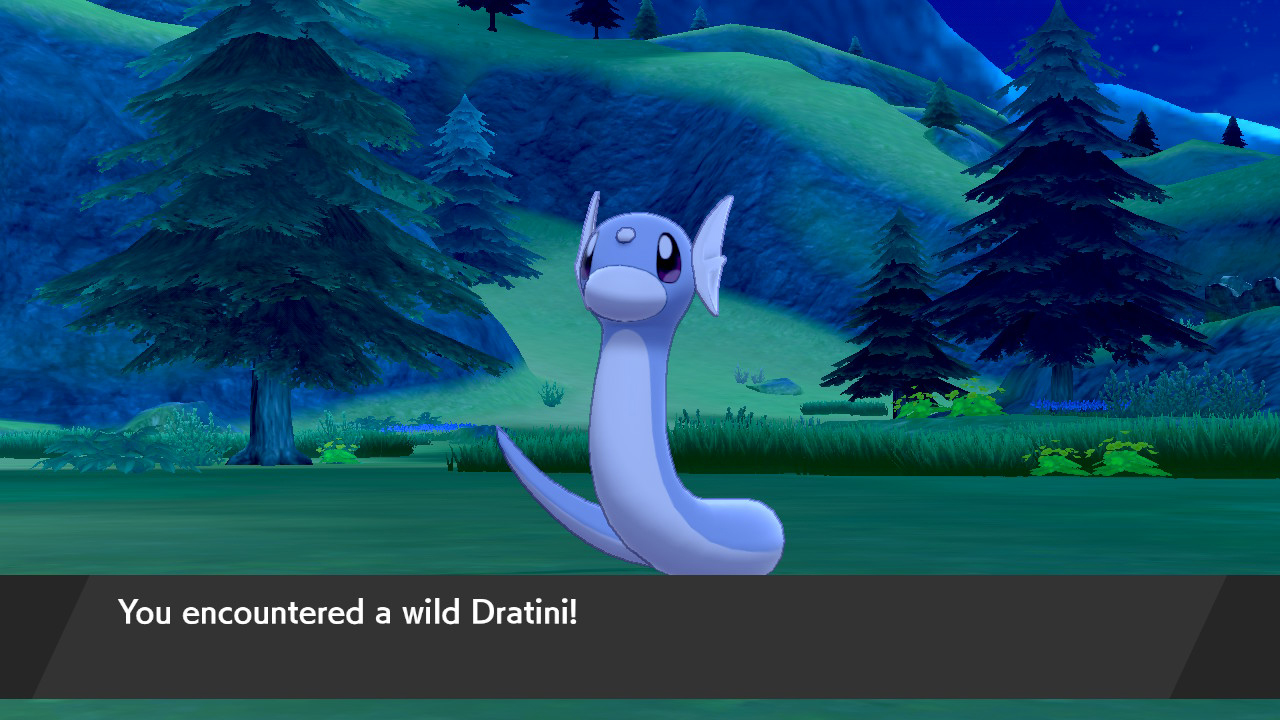 The Crown Tundra offered more of a challenge than I expected it to, and the Dynamax Adventures are fun and allow trainers to capture several Legendary Pokémon. The new DLC helps make Pokémon Sword and Shield feel more well-rounded, and I hope that Game Freak continues pushing further in this direction.