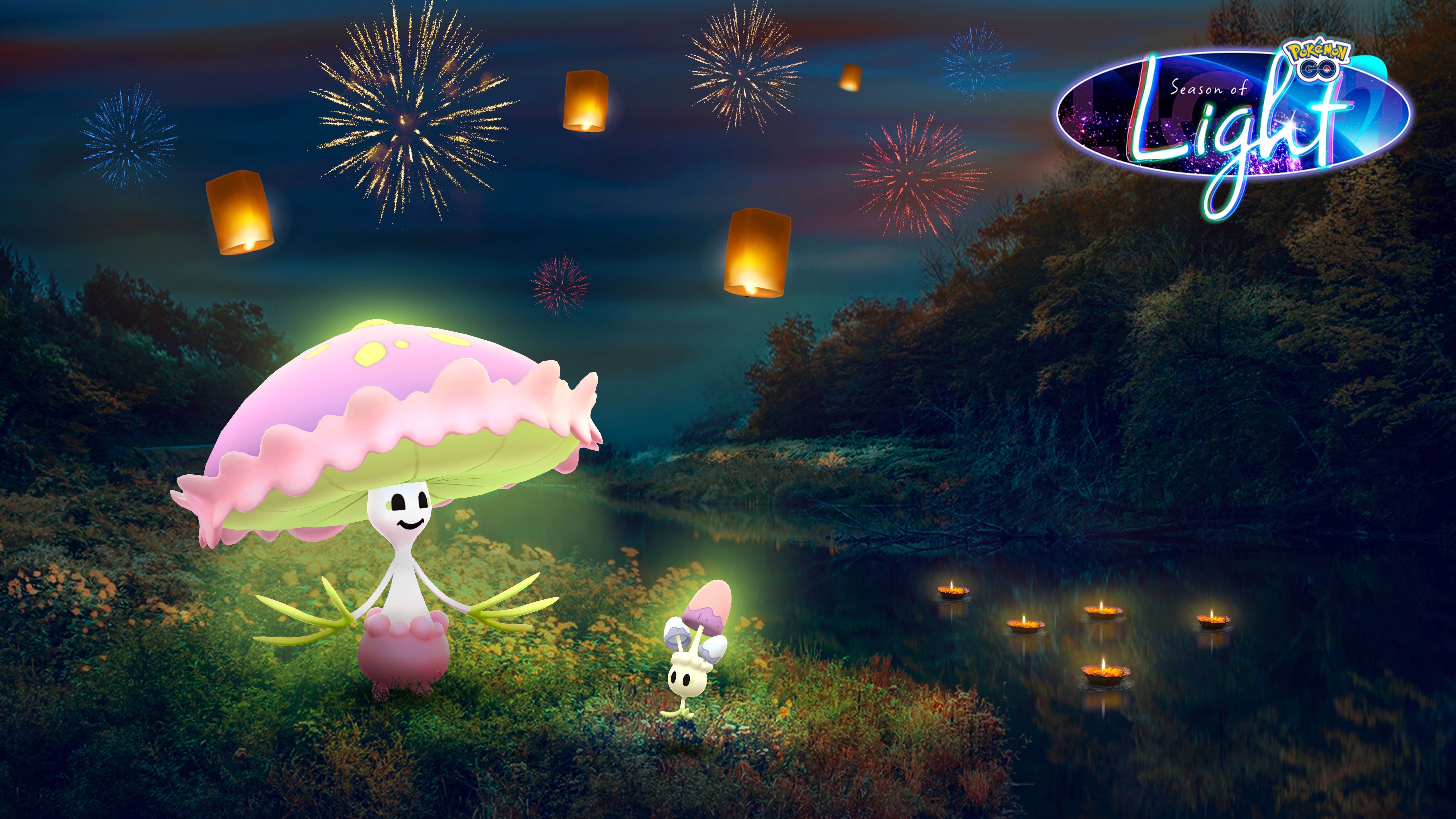 Illuminating Pokemon Morelull and its evolution Shiinotic are coming to Pokemon Go.

The Pokemon will be available once the Festival of Lights goes live on Friday, October 14, 2. The event will end on Monday, October 17.

It’s all part of Pokemon Go’s Season of Light which kicked off on September 1.

During the Festival of Lights, you’ll have an increased chance of encountering Shiny Chinchou, 2× XP for catching Pokemon, 2× Candy when catching, and Incense activated during the event will last for two hours.

Wild encounters during this time will include the following Pokemon appearing more frequently in the wild: Pikachu, Vulpix, Magnemite, Chinchou, Litwick, Litleo, Helioptile, Dedenne, and Morelull. You may even encounter a shiny, as well as Galarian Ponyta and Togedemaru.

When using Incense during the event the following Pokemon will appear more often in the wild: Alolan Geodude, Blitzle, Darumaka, Litwick, Dedenne, and Morelull. If you’re lucky, you might encounter Galarian Ponyta and Galarian Darumaka.

There will be a new slate of Pokemon in Raids as well. In One-Star Raids, you can expect to see Galarian Ponyta, Darumaka, Dedenne, and Morelull. Three-Star Raids will feature Alolan Raichu, Galarian Weezing, Mawile, and Hisuian Braviary.

The event will also see the return of the fabulous Xerneas in Five-Star Raids. You may even encounter a shiny. To say that we are looking forward to catching this Pokemon would be an understatement, because we love the gorgeous creature.

And with Mega Raids, you will encounter Mega Manectric which can also be shiny.

Catch-focused Timed Research will be available throughout the event and if you complete it, you will earn the Sparkler Pose.

You’ll also be able to get event-themed stickers by spinning PokeStops, opening Gifts, and purchasing them from the in-game shop.

Again, the Festival of Lights kicks off on October 14 and runs through October 17. Have fun out there!

Explained: BlackByte ransomware operation and how it is affecting Windows users