Pokémon Go Coronavirus Bonuses to be Rolled Back

You may remember that in March, Niantic added some bonuses that allowed people to keep playing Pokémon Go at home. Lockdowns were in effect in a large number of countries. These restrictions limited the movement of people. The result was always simple, a game like Pokémon Go that relies on this was always going to suffer. It seems now that Niantic is confident that people are now going out and about more and will play the game while doing it.

Yesterday, the company announced that some of these bonuses would be rolled back, starting tomorrow. What I find strange is the way in which Niantic is expressing these changes. The company states:

When possible, people are generally encouraged to spend time outside, go on walks, and exercise for their mental and physical health—all while social distancing and abiding by other health and safety recommendations.

This is most assuredly true. Even during the lockdowns, a limited amount of exercise was always recommended. At least here in the UK. The problem here is that Niantic seems to be using that as an excuse to revert some changes.

However, not all bonuses are being rolled back. Changes to the battle league will remain. You will still be able to raid remotely. There is a good reason for this, which I’ll mention later. Also, the distance to interact with Gyms and PokéStops remains larger. Other changes that will remain for the foreseeable future are as follows: 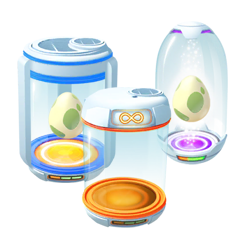 The issue for some fans is with the bonuses that will be changed:

Three of those certainly seem like they’re walking-oriented, but there is a certain incentive on pushing microtransactions. This is a free-to-play game of course, so there will always be a drive towards customer spending. Niantic seems to have missed the memo that you shouldn’t make it as blatant as them announcing that, then also saying “Incubators will be included in more boxes in the in-game shop.”

Pokemon GO Fails to Work on the Galaxy S20 Series, Players Waiting for a Fix

While it’s understandable that life is slowly moving in a direction where people are out and about more, I have no doubt that Niantic has benefitted from more people playing games on their phone. This move reduces the value of Incense in the game, particularly for those who are still limited in their ability to go out. There’s a large focus placed on Incubators, with the clear hope of selling more boxes.

This shouldn’t come as a surprise. I said I’d get back to this. Remote raid passes were made a purchasable item back in April. Niantic knows how popular they’ve been while people are reluctant to leave the house, or simply can’t. This move isn’t out of the ordinary, it’s simply a way to more efficiently monetise people, something Niantic has been progressing with long before COVID.

Apple may have ‘killed’ this much-awaited product. Again.

Microsoft Internet Explorer users may be surprised when they get…

Apple has more than one billion active iPhone units