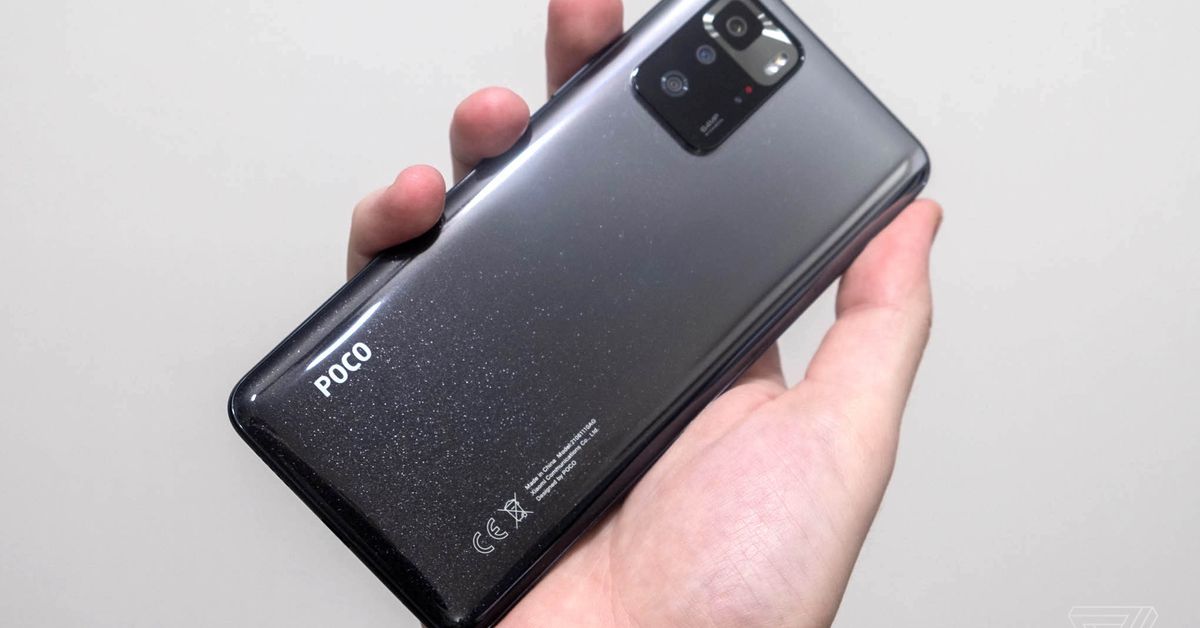 Xiaomi spin-off Poco has announced yet another X3 phone. The X3 GT follows the X3 Pro and the X3 NFC, this time focusing on performance with a fast 120Hz screen and a new MediaTek processor. It’s mostly a rebranded version of Xiaomi’s Redmi Note 10 Pro, which was released last month in China.

MediaTek is often associated with lower-end devices, but its Dimensity processors for 2021 feature configurations of Arm cores that aren’t too far off what you’d find in a Qualcomm Snapdragon 888. The 6nm Dimensity 1100 in the Poco X3 GT has four A78 cores at 2.6GHz and four lower-power A55 cores at 2GHz — compare that to the Snapdragon 888’s single 2.84GHz X1, three 2.42GHz A78s, and four 1.8GHz A55s.

We found the similar Dimensity 1200 to be a capable performer in our review of the new OnePlus Nord 2. The main difference between that chip and the 1100 is that one of its A78 cores is clocked to 3GHz.

The X3 GT is the fastest charging Poco phone to date, with a 5,000mAh battery that fills up at 67W at a claimed 0-100 percent for a full charge. The primary camera has a 64-megapixel sensor, and there’s also an 8-megapixel ultrawide and a 2-megapixel macro lens.

Other standout features include a proper linear motor for flagship-level haptic feedback, as well as a 6.6-inch 1080p 120Hz LCD display. Since the screen is an LCD, the fingerprint sensor is located on the sleep/wake button on the side, as opposed to under the display as is common with OLEDs.

Poco hasn’t provided full release details just yet, but the X3 GT’s starting MSRP is listed at $299, which of course is likely to differ across various markets. It’ll be released first in regions including southeast Asia, the Middle East, Latin America, and Africa, and will come with 8GB of RAM and either 128GB or 256GB of storage.

You soon won’t be able to play older versions of…