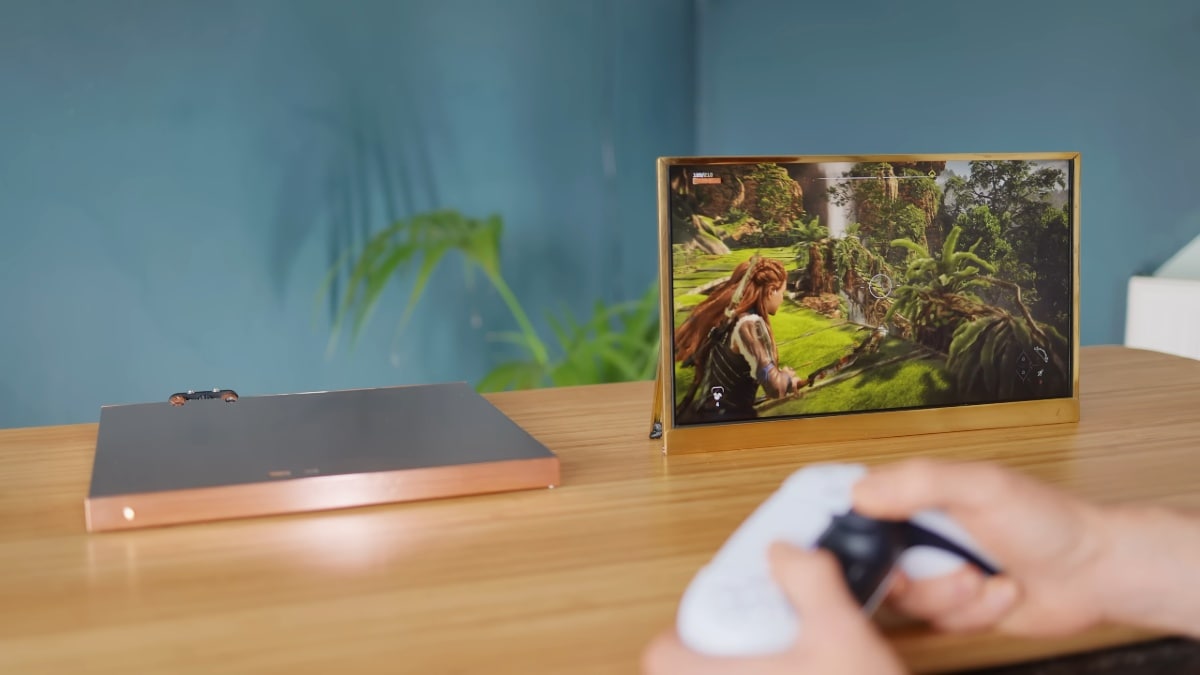 Sony has the habit of releasing a slim version of its PlayStation consoles a couple of years after their initial releases. The PlayStation 5, released in 2020, is now a couple of years old, so it might soon get its makeover too. However, it appears a YouTuber has beaten Sony to the punch by creating his own DIY PlayStation 5 ‘Slim’. He has downsized the console to a thickness of just 1.9cm. In comparison, the original PS5 has a thickness of 10.4cm. Of course, there are caveats — the biggest of which have to do with cost and power.

YouTuber Mattew Perks from the channel DIY Perks has been successful in his attempt to build the “world’s first PlayStation 5 Slim.” Measuring 39×26×10.4cm in dimensions, the PS5 is the largest gaming console by Sony to date. So, Perks’ first task was to tear down this console and get rid of any components that could be replaced with something slimmer. Unsurprisingly, he had to remove the bulk of its steel shrouding and CPU heatsink. He then installed a custom water-channelling cooling system, made from copper sheeting, with the sheet supposedly costing $240 (roughly Rs. 19,000). The PS5 costs $499 / Rs. 49,990.

Perks’ next challenge was to remove the sizeable internal power supply to trim the PS5’s thickness. He then replaced it with an external power brick — an elegant solution, to say the least. The PS4 Slim, the one made by Sony, has an internal power supply. That said, in my opinion, it greatly improves the aesthetic appeal of the new PS5 ‘Slim’ console. Finally, all the remaining essential parts were squeezed into a 1.9cm thin copper box.

The original PS5 can be purchased from popular online and retail stores during monthly restocks. In fact, one of them happened Tuesday itself. There is no word from Sony about an official PS5 Slim. Yet.

Denial of responsibility! TechCodex is an automatic aggregator of the all world’s media. In each content, the hyperlink to the primary source is specified. All trademarks belong to their rightful owners, all materials to their authors. If you are the owner of the content and do not want us to publish your materials, please contact us by email – [email protected]. The content will be deleted within 24 hours.
diy perksPlayStation 5playstation 5 slimps5 slimps5 slim playstation 5 2cm youtube diy perks sony improved thermal performance ps5Sony
0
Share

UK broadband alert! This kitchen appliance is killing your Wi-Fi