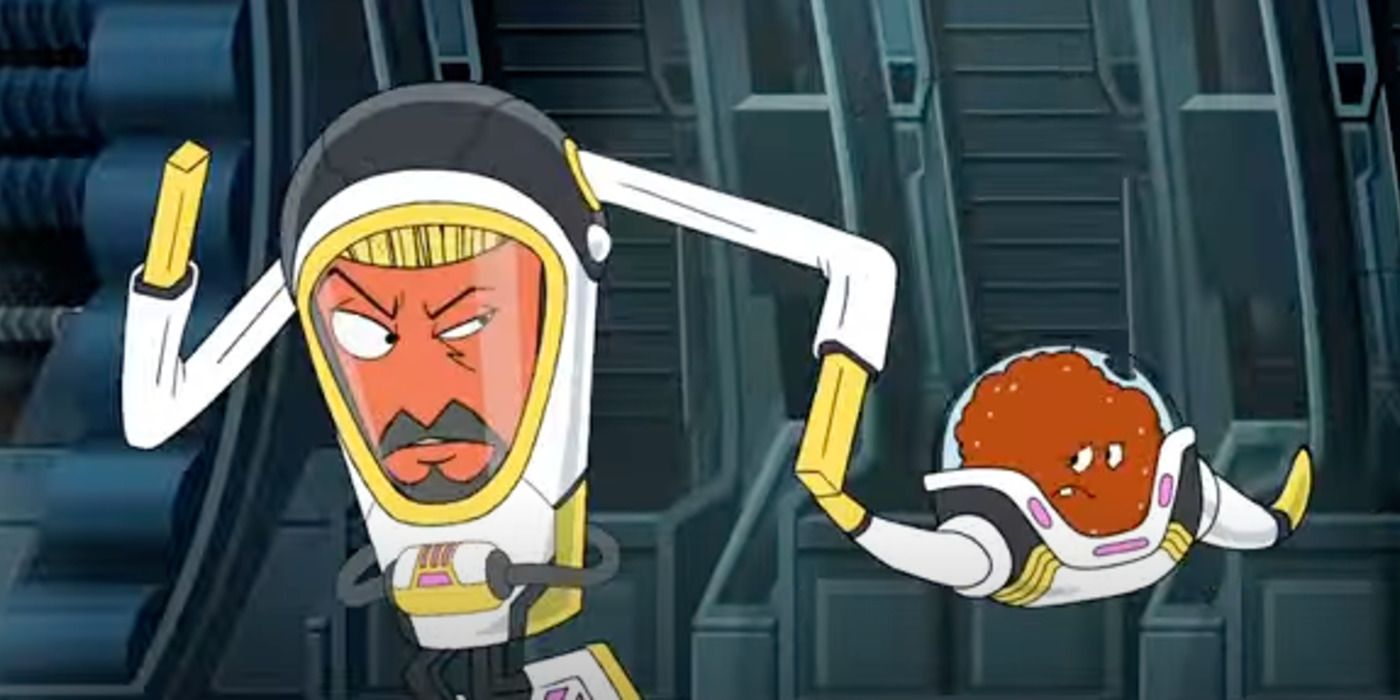 Today, Adult Swim has unveiled the first footage of Aqua Teen Forever: Plantasm, an upcoming movie that’ll act as a revival of the beloved adult animated series Aqua Teen Hunger Force. The film will bring Frylock (voiced by Carey Means), Master Shake (voiced by Dana Snyder), and Meatwad (voiced by Dave Willis) back together as they need to fight against a powerful new threat. That is, if they actually get some superhero work done.

Created by Matt Maiellaro and Dave Willis, Aqua Teen Hunger Force follows a group of human-sized fast food products with superpowers. First, we have Frylock, a bearded pack of french fries who can shoot elemental lasers from his eyes. His youngest brother, Meatwad, Is a ball of meat who can turn into any shape he likes. And then, there’s Master Shake, the middle brother who can use his straw to drop some ice cream on the ground… Which can be pretty dangerous if you slip on it.

While the idea of having fast food items fighting against crime is absurd on its own, the least the team does in the series is use their powers for good. Instead, the trio is constantly trying to survive adult life, which they don’t always do. Since the series has no permanent continuity, every main character already died multiple times in the original series, only to show up safe and sound in the next episode.

Aqua Teen Hunger Force premiered on Adult Swim in September 2001. The show ran for 11 seasons before being canceled. 2007’s Aqua Teen Hunger Force Colon Movie Film for Theaters became Adult Swim’s first theatrical release, which underlines the importance of this franchise for adult animation. Recently, Adult Swin released a spinoff series of shorts on their YouTube channel, Aquadonk Side Pieces, with each episode focusing on one of the series classic villains, such as MC Pee Pants, Happy Time Harry, and Hand Banana.

Of the new film, Willis said:

“Maiellaro and I are excited to finally bring book IIV of the Aqua Teen Plantasm series to the big screen that is little and inside your house. It’s funny and entertaining and it has colorful drawings that move about in a rapid fashion, but not so rapid as to cause seizures. Luxuriate your eyes in our updated animation! Revel in the mature themes and coherent storytelling! This is not your grandad’s Aqua Teen! Also, this movie has no superheroes in it. That is the Aqua Teen Hunger Force guarantee: no superheroes! No star war stuff either. If you’re looking for a star war or a yoda, this is probably not the movie for you. Do you doubt me? Watch the movie. And if you don’t like it, you have no taste and your “hot take” is not one to be trusted. I just trolled you, son. Now tweet @adultswim with your pointless rage. Bring the thunder!”

There’s no release date yet for Aqua Teen Forever: Plantasm. Check out the movie’s first teaser, box art and synopsis below:

A continuation of the hit animated series, fans will find out what happens next with Frylock, Meatwad and Master Shake, who consider themselves crime fighters, but the truth is they never fight crime. Aqua Teen Hunger Force is created by Matt Maiellaro and Dave Willis and follows the strange everyday lives of three human-sized food products living in New Jersey.

Reservations for the Moto Razr 2022 start (in China)

The best Cyber Monday deals on tablets that we…