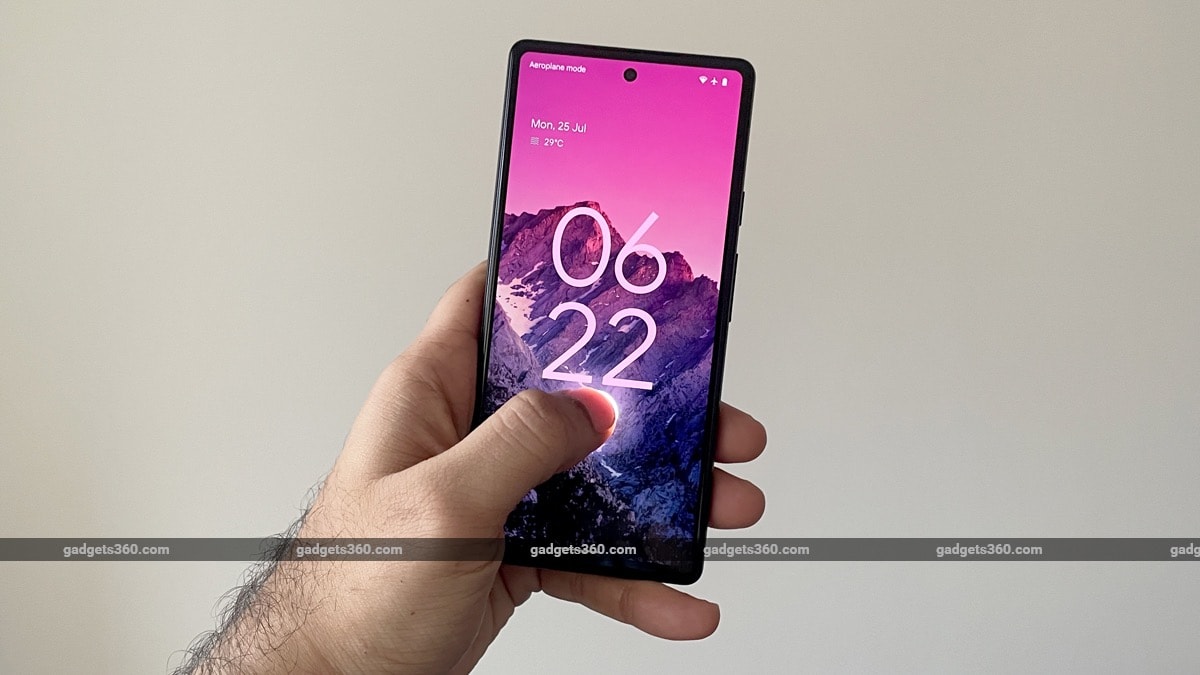 Pixel 7 and Pixel 7 Pro were launched by Google alongside Pixel Watch earlier this month. The flagship smartphone series appears to have turned a new leaf in the Pixel’s history. During Google’s Q3 2022 earnings call, the company revealed that it had its “highest selling week ever” for the Pixel lineup till date. Google’s Chief Financial Officer Ruth Porat credited the Pixel 6a as being primarily responsible for the solid growth in hardware revenues. The Pixel 6a powered by the company’s in-house Tensor SoC was launched in July. Meanwhile, Google’s Q3 revenue rose 6 percent year-on-year to $69.1 billion (roughly Rs. 5,67,000 crore).

As per Google’s Q3 2022 earning call published by Motley Fool, Google CEO Sundar Pichai confirmed that the company recently had its highest-selling week ever for the Pixel series of smartphones in reference to the newly launched Pixel 7 and Pixel 7 Pro. “We recently had our highest selling week ever for Pixel, and I’m really proud of the positive reviews so far. Along with great devices, we introduced our latest release of Android,” the report quoted Pichai as saying.

Google’s Chief Financial Officer Ruth Porat has said that the company delivered solid growth in hardware revenues, primarily from sales of the Pixel 6a. The smartphone went on sale in July this year.

Google on Tuesday posted revenue of $69.1 billion for the July-September quarter, a six percent increase from the same time period in the previous financial year.

The Google Pixel 7 features a 50-megapixel dual rear camera setup, while the Pixel 7 Pro flaunts a triple camera setup with an additional 48-megapixel telephoto lens. Both phones carry a 10.8-megapixel selfie camera and have an IP68 rating for dust and water resistance.

The Google Pixel 6a is powered by a Tensor SoC, and a Titan M2 security coprocessor, paired with 6GB of LPDDR5 RAM. It has a dual camera unit with 12.2-megapixel primary sensor and a 12-megapixel secondary sensor. For selfies, there is an 8-megapixel selfie shooter. The smartphone packs a 4,410mAh battery as well.

Denial of responsibility! TechCodex is an automatic aggregator of the all world’s media. In each content, the hyperlink to the primary source is specified. All trademarks belong to their rightful owners, all materials to their authors. If you are the owner of the content and do not want us to publish your materials, please contact us by email – [email protected]. The content will be deleted within 24 hours.
google pixel 7 6a highest selling week hardware revenue q3 2022 report googleruth poratSundar Pichai
0
Share

Steam Game Prices Might Have Just Gotten Much More Expensive, Depending On Where You Live