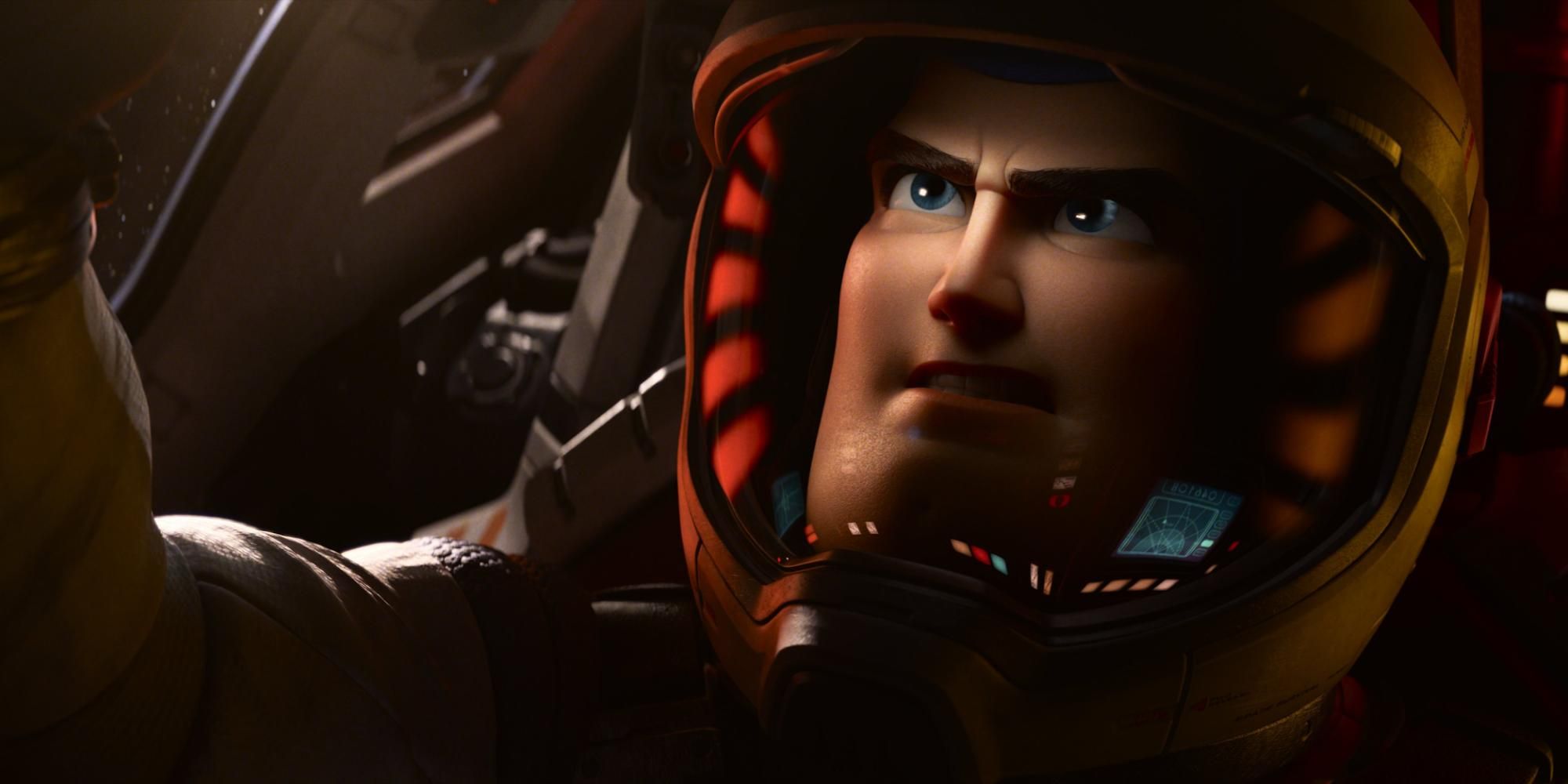 Fans might get their first look at Pixar’s Lightyear, the new animated movie starring Chris Evans, in November alongside Disney’s Encanto.

The first trailer for Pixar’s Lightyear, the new Toy Story movie starring Chris Evans, might be released in November. Pixar is known for producing acclaimed animated features, but few are as beloved as the Toy Story series. After releasing three exceptionally received movies, many expected Woody, Buzz, and the rest to retire for good, and for several years, Pixar and Disney largely kept that property to television specials and amusement park expansions. Then, in 2019, the studios released Toy Story 4, which finally looked like the definitive end to the franchise.

It still is, but at the same time, it’s not. During last winter’s Investor Day event, Pixar announced Lightyear, a new animated movie focused on Buzz Lightyear. Instead of being about the toy, though, it will center on the man who inspired it. Chris Evans will voice Buzz for Lightyear, while Angus MacLane is on board as director. Lightyear is currently slated for release in June 2022, though the next major look at the movie might arrive much closer to now.

Daniel Gonzalez, an animator at Pixar, tweeted out that the first Lightyear trailer will be paired with Disney’s Encanto, which is releasing in theaters this November. He then deleted the tweet, but a screenshot was grabbed by JackTweets44. This isn’t exactly an explicit confirmation, though the fact that Gonzalez deleted his tweet seems to support the idea.

20th Century movies aside, Encanto will be Disney’s first animated movie to arrive exclusively in theaters since the coronavirus pandemic began. With that in mind, it makes sense that they would want to attach the first Lightyear trailer to it. Encanto could see a healthy number of families eager to return to theaters around the holidays, which will ensure a good number of people will see the Lightyear trailer on the big screen. Additionally, by releasing the trailer several months before the movie itself arrives, Pixar and Disney can start building up hype.

Very little is known about Lightyear at this stage, so a trailer could go a long way in promoting it. Aside from Evans, the voice cast is still a mystery, and aside from the detail of it being about a human, no plot specifics have been revealed. Lightyear is an eagerly anticipated project based on Evans’ involvement and the Toy Story connection alone, but it will need more to really pull in viewers. Perhaps a buzzy first trailer dropped in late November could drum up some excited conversations. We’ll just have to see what Pixar and Disney decide to do.

More: Everything We Know About Pixar’s Lightyear Movie

A Controversial 9/11 Film Is Taking Over Streaming

Deep roots of the Anthropocene can be found in…

Hasbro’s New Games Division Has A G.I. Joe Game In…