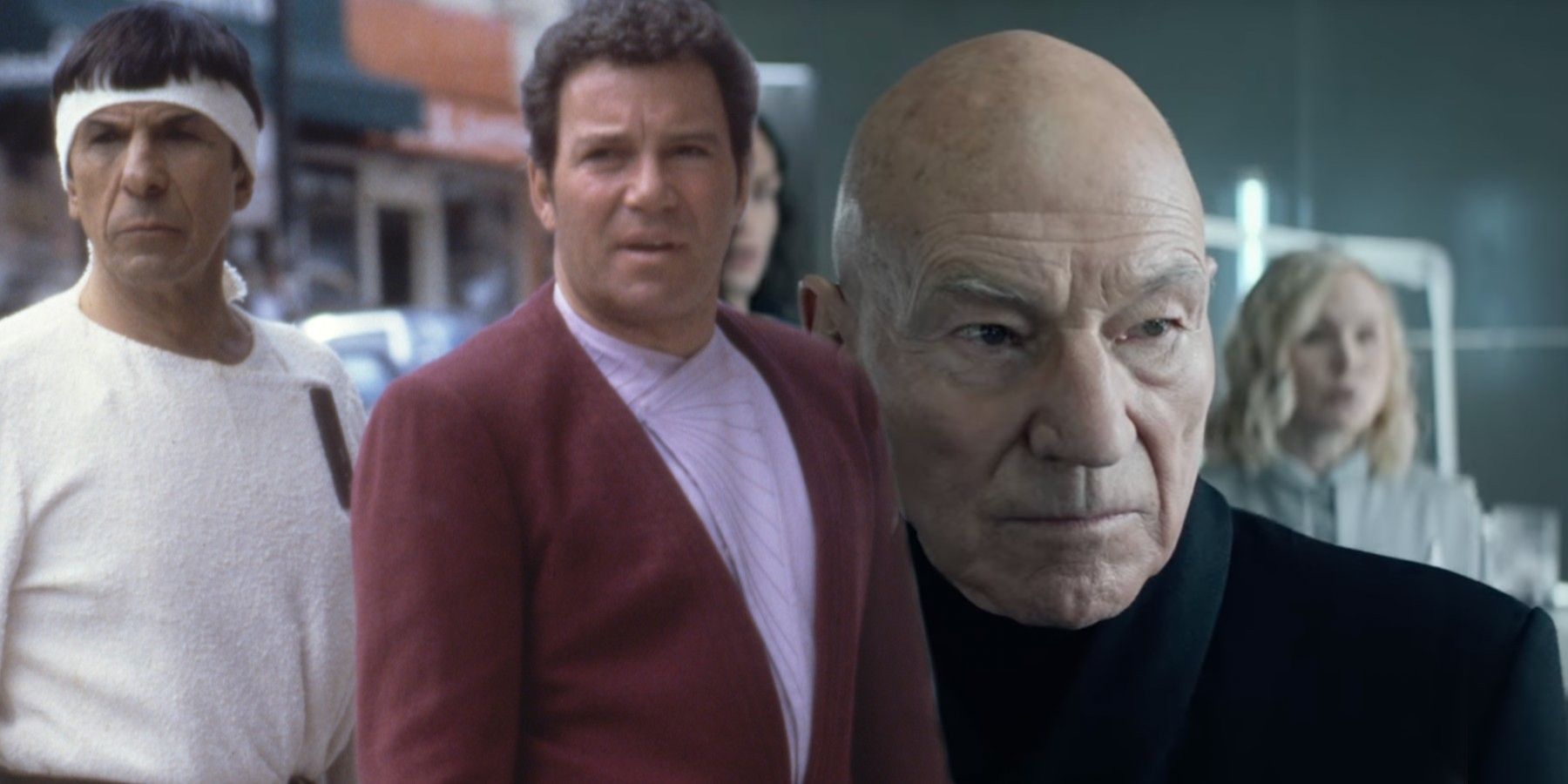 Star Trek: Picard season 2 was inspired by the Leonard Nimoy-directed The Voyage Home, confirms co-showrunner Akiva Goldsman. Of all of Paramount+’s current and upcoming Star Trek shows, it’s perhaps Picard that has been the buzziest. The series first premiered in early 2020 and was eagerly anticipated because of lead star Patrick Stewart’s return to the Star Trek franchise and the character of Jean-Luc Picard. Season 2 was confirmed before Picard even began airing season 1, though the sophomore run has taken a longer time to arrive due to the coronavirus pandemic. It will premiere in February 2022.

Based on the early looks released so far, Star Trek: Picard season 2 will be vastly different. As a recently revealed trailer showed, Picard and his crew will find themselves at the center of another one of Q’s (John de Lancie) trials. The Next Generation antagonist makes his long-awaited return in Picard season 2, and he seems to be at the center of the show’s time-bending story. When the crew of La Sirena find themselves in a totalitarian present, they must return to the past in order to fix whatever was broken.

Related: Why The Borg Queen Wants Picard In Season 2 (& How Jean-Luc Can Beat Her)

Star Trek fans have already noted that this plot bears some resemblance to the 1986 movie The Voyage Home, and it appears that was intentional. Speaking to TrekMovie about the upcoming season, Goldsman confirmed the film served as inspiration. Terry Matalas (12 Monkeys) joined Picard as a co-showrunner, and Goldsman explained he was the one to bring the idea forward. “It was Terry first. And Terry brought time travel with him,” Goldsman said. “Terry sort of said, ‘Hey, let’s do [Star Trek IV:] The Voyage Home.’ And we kind of dug it.”

Past Star Trek movies have varied in quality, but The Voyage Home is undoubtedly one of the best. Directed by Nimoy, the film saw Kirk (William Shatner) and the rest of the Enterprise crew go back in time to retrieve a humpback whale from the 80s. That might’ve been an odd explanation for the time travel, but it nevertheless won audiences over. As The Voyage Home is so beloved, it might’ve been smart for Picard to actually draw its season 2 story from the movie. Picard‘s approach looks much darker, but it should still allow for some moments of levity.

A common criticism leveled at Paramount+’s new generation of Star Trek shows is that they sometimes favor spectacle over the values that the classic shows promoted. Picard season 2 will still have some thrilling action, but by going back to a classic Star Trek story, it could connect to the past on an even deeper level than before. It will be interesting to see how Picard‘s version of The Voyage Home turns out; maybe the franchise will have a new gold standard for time travel plots.

Battlefield 2042 Has Been Delayed Until Later This Year

Battlefield 2042 delayed by nearly a month

The best earbuds in UAE 2021: our top earphones…

33 Things That Make a Difference