Photos suggest rhino horns have shrunk over past century, likely due to hunting 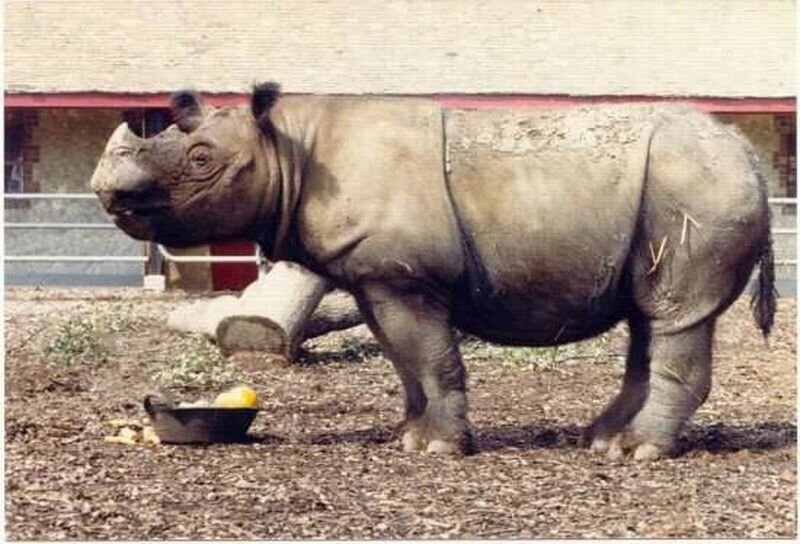 By scrutinizing over a century’s worth of photos, University of Cambridge researchers have made the first ever measurements that show rhinoceros horns have gradually decreased in size over time.

The researchers measured the horns of 80 rhinos, photographed in profile view between 1886 and 2018. The photographs, held by the Rhino Resource Center—an online repository—included all five species of rhino: white, black, Indian, Javan and Sumatran. Horn length was found to have decreased significantly in all species over the last century.

Real rhino horns are so valuable that strict security protocols typically prevent researchers accessing them for study, so this is the first time that horn length has been measured over a long timeframe.

The researchers think rhino horns have become smaller over time due to intensive hunting. Rhino horns command a high price and are in demand both as a financial investment, and for their use in traditional medicines in China and Vietnam. The report is published today in the journal People and Nature.

Hunting has not only caused severe declines in rhino populations; the researchers suggest that shooting rhinos with the longest horns has increasingly left smaller-horned survivors—which have reproduced more and passed on their smaller traits to future generations. This has been shown for other animals before, but never rhinos.

“We were really excited that we could find evidence from photographs that rhino horns have become shorter over time. They’re probably one of the hardest things to work on in natural history because of the security concerns,” said Oscar Wilson, formerly a researcher in the University of Cambridge’s Department of Zoology, first author of the report. Wilson is now based at the University of Helsinki, Finland.

He added, “Rhinos evolved their horns for a reason—different species use them in different ways such as helping to grasp food or to defend against predators—so we think that having smaller horns will be detrimental to their survival.”

The researchers also measured other body parts on each rhino photograph, including body and head length, so that horn length could be accurately measured in proportion to body size. By analyzing thousands of drawings and photographs made over the last 500 years, they also saw a dramatic shift in human perceptions of rhinos around 1950, when the animals became the focus of conservation efforts rather than hunting.

“We found that we can use images from the last few centuries to visualize how human attitudes towards wildlife have changed, and how artists have influenced these views,” said Dr. Ed Turner at the University’s Department of Zoology, senior author of the report.

Many hundreds of photographs showing rhinos shot dead by hunters, taken in the late 19th and early 20th century, are included in the collection. These include a photograph of American President Theodore Roosevelt, taken in 1911, standing triumphantly over a black rhino he had just killed.

Other early images show rhinos as huge, frightening animals chasing humans. The researchers think these images helped justify the hunting of these animals.

The images suggest that there was very little effort to promote rhino conservation to the public before the 1950s. But after this the focus suddenly changed from hunting the animals to trying to keep them alive. The researchers say this shift coincides with the collapse of European empires, when African countries became independent and European hunters no longer had easy access to Africa for hunting.

More recent images appear to reflect a growing awareness of the threats facing the natural world.

“For at least a few decades now there’s been much more of a focus on the conservation of rhinos—and this is reflected in the more recent images, which relate to their conservation in sanctuaries or their plight in the wild,” said Wilson.

The Rhino Resource Center holds over 5,000 illustrations and photographs of rhinos, drawn together from extensive archival research and submissions from rhino experts. Artwork covers over 500 years, and photographs cover the past 150 years.

Provided by
University of Cambridge

Citation:
Photos suggest rhino horns have shrunk over past century, likely due to hunting (2022, November 1)
retrieved 1 November 2022
from https://phys.org/news/2022-10-photos-rhino-horns-shrunk-century.html