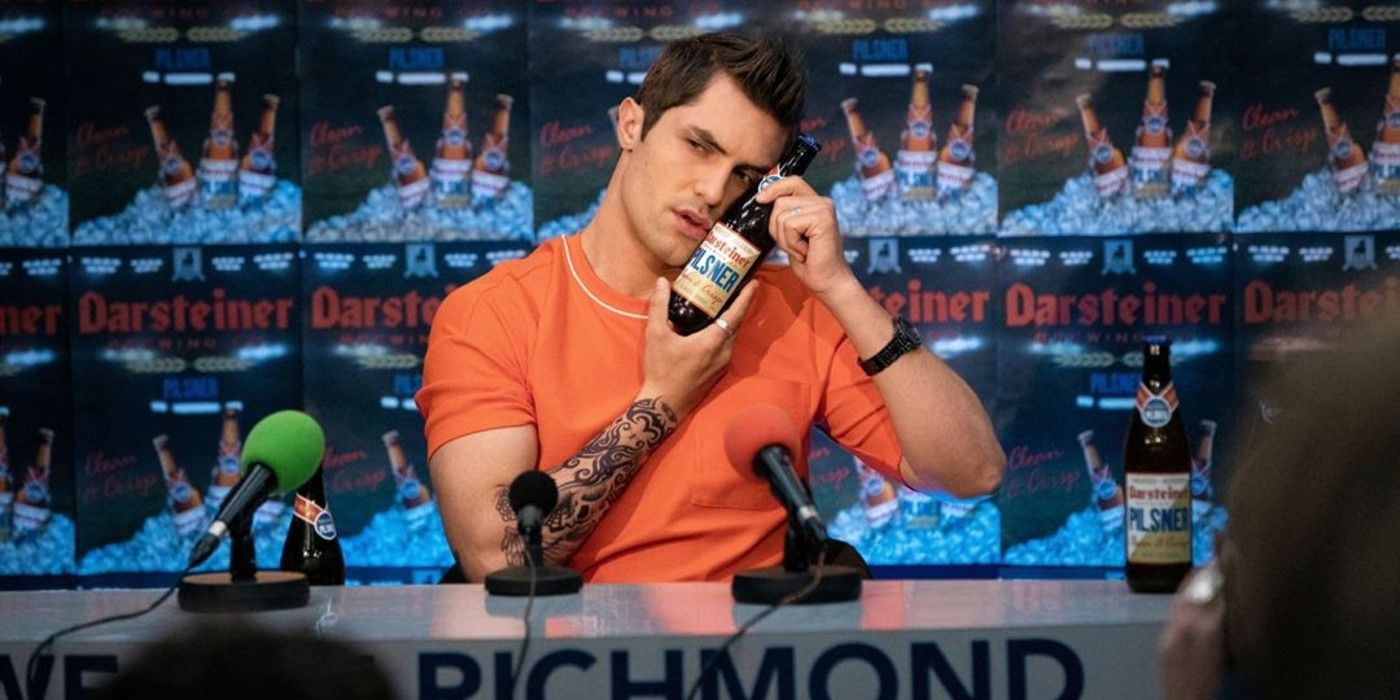 Ted Lasso star Phil Dunster has started doing the accent of his character, Jamie Tartt, in real life as well as in the Apple TV+ series.

Ted Lasso star Phil Dunster says that he’s started talking in his Jamie Tartt accent in real life from time to time. Jamie is one of the lead characters of the show’s first season and his distinct brand of egotistical flair also made him one of the show’s most memorable. Though Jamie has generally filled the role of the cocky antagonist in Ted Lasso, the show has also given him a fair bit of development and nuance so far, which will likely continue through season 2.

There are a number of reasons for Ted Lasso’s growing popularity, but one of the main cruxes behinds its fandom is its ability to give each character at least some level of depth. Jamie is one of the most cartoonish characters in the whole show, carrying all the worst qualities and clichés of the superstar athlete stereotype, but even he has received some layering through Ted Lasso season 1. Most of the time, though, he’s just a self-important man-child with an absurd amount of braggadocios swagger.

Related: Ted Lasso Season 2: What We Know About The Story

Apparently, that swagger has trickled into the off-camera life of the actor behind Jamie. In a recent exclusive interview with Screen Rant, Dunster revealed that he occasionally catches himself talking in Jamie’s particular brand of British accent in his day-to-day life. The star acknowledges, however, that to many American viewers, the difference between his ordinary accent and the one he puts on for Jamie might be hard to pin down. Read Dunster’s full quote below.

We haven’t really met people yet who sort of expect anything different. I think the people that I have spoken to are like, “The accent’s different.” But I think that perhaps, with some American audiences, I feel like they still think I sound like I know the Queen when I’m speaking as Jamie. I don’t know, I feel like that’s the perception that us Brits have of Americans when thinking about the English accent. I slip into it now and then when I’m around the house, and I kind of like it. I don’t know, there’s a certain swagger to it, which I’m like, “Maybe I could bring that into my life more.” Maybe I’m looking for more Jamie in my life. Be more Tartt.

As of the start of Ted Lasso season 2, Jamie’s life seems to have taken a bit of a turn. He’s seen appearing as a contestant on a fictional reality TV dating show called Lust Conquers All, which is clearly a spoof of the wildly popular U.K. series Love Island. It’s unclear exactly what Jamie’s arc will be through the rest of season 2, but it looks like it will be entertaining at the very least. Will he eventually find his way back to playing for AFC Richmond? Only time will tell.

Dunster’s commentary on Jamie’s distinctive brand of British accent is interesting given Ted Lasso’s overriding theme of people of different backgrounds finding points of common ground. Ted himself is a classic fish-out-of-water character, but he takes his mistakes and the things he doesn’t know in stride, always striving to help others do the same. Perhaps Dunster’s habit of falling into Jamie’s own accent in real life is reflective of the of the broader themes driving Ted Lasso forward in season 2, showing that even someone like Jamie has something to offer and teach.

Next: Why Ted Lasso Season 2 Is Ruining Ted’s Superpower

Masters of the Universe: Every Easter Egg & Reference In Season 1

apple: You can no longer buy these 3 iPhones from…

DokeV’s Trailers Showed Less Than 10% of its…

Samsung Adds Famous Art From The Louvre To The…