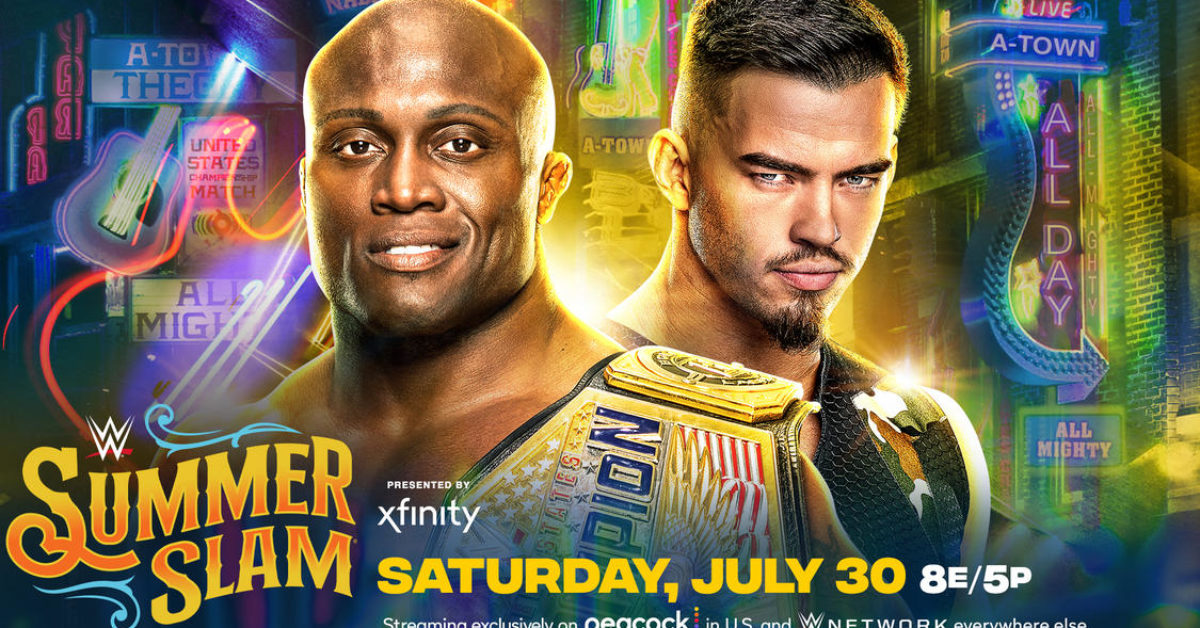 Theory failed to defeat Bobby Lashley for the United States Championship at SummerSlam, leaving a Money in the Bank cash-in later his only option for gold. Theory tried his best and The Chadster appreciates that. You should always try your best. Unless you are AEW, in which case it would be better to give up. But despite attacking Lashley before the match with the briefcase, Theory never really stood a chance.

The Chadster is proud to share his report from the Bleeding Cool SummerSlam live results page:

In a segment between the matches, Maximum Male Models did a product placement ad for Nestle Pure Life water. The Chadster immediately dumped his White Claw seltzer in the sink and demanded Keighleyanne go to the store and buy The Chadster some Pure Life immediately. It’s officially the only thing Chadster will ever drink again. Unfortunately, Keighleyanne responded very rudely to this, so The Chadster may be very thirsty very soon.

Next up was Bobby Lashley vs. Theory. Theory has been mostly ignoring Lashley in the build to focus on his plans to cash in the Money in the Bank Briefcase after the main event, which is not a good idea on his part. Theory wore yellow and blow trunks. Lashley was in black and yellow tights, obviously a tribute to Logan Paul.

Theory viciously assaulted Lashley with the briefcase before the match started. It didn’t make much of a difference as Lashley beat him pretty quickly with the Hurt Lock. Lashley remains the United States Champion, but Theory didn’t get beat up too badly, which means his plans for later tonight are still in play.

Bleeding Cool is covering WWE SummerSlam live, the fulfillment of The Chadster’s boyhood dream. You can follow along here and at our SummerSlam tag. SummerSlam is taking place in Nashville at Nissan Stadium, starting at 7PM Eastern for the Kickoff show. The advertised card for the show is:

Isn’t that the best card for a wrestling show you’ve ever seen?! The Chadster wishes this SummerSlam could last forever!

Gmail Rolls Out Redesigned Material You Interface to All Users: All You Need to Know

Prof. X Ruined The Girls Before The CW Ever Could