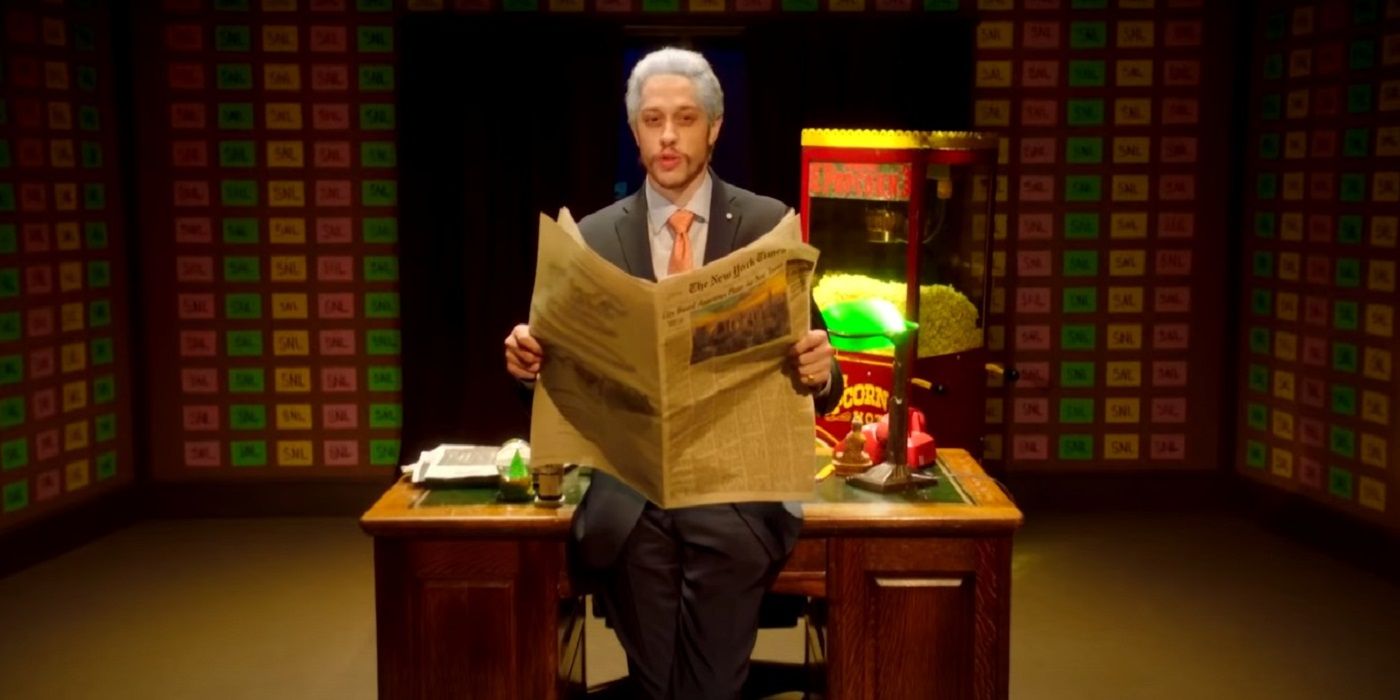 Saturday Night Live’s Season 47 finale recently aired on NBC, and it is safe to say, the season went out with a bang. The bittersweet episode marked the end of several cast members’ run on the show; this included Pete Davidson who has been on the show since 2014. Davidson didn’t go quietly as he made a humorous and heartfelt last appearance on ‘Weekend Update’. However, SNL has released one final sketch featuring Davidson titled “Forgot About Lorne”, which was cut for time. The music video sketch sees Davidson pay tribute to SNL creator Lorne Michaels.

The music video starts off with Davidson looking on at a “sad” Michaels. Host, Natasha Lyonne, lets Davidson know that Michaels always wanted to do a music video with him and hands him a script that Lyonne found in the trash titled “Pete and Lorne Rap Video”. Davidson grants Michaels’ wish and that is where the hilarity ensues.

The rap video is a love letter to the SNL legend as Davidson takes us through Michaels’ history and reminds us of his greatness. He does this while doing half the video with his own absurd Michaels impression. Sprinkled throughout are hilarious lines such as Michaels being the first one to wear jeans with a blazer. Davidson also gives us some fun facts like Michaels receiving the medal of freedom.

The biggest theme of the video was how Michaels was a trailblazer for the industry. Davidson makes light of how, in a world of memes and everyone trying to “break the form”, Michaels has always stayed relevant. In his five decades in the business, he has always found a way to successfully evolve his craft and SNL. At the same time, he was also pivotal in finding now iconic comedic talents like Davidson, Bill Murray, Adam Standler, Bill Hader, and the late Norm Macdonald. This is something that Davidson touches on as well in his rap. At the end of his video, Davidson is interrupted by rapper Eminem who tells him to stop the tributes as “they all suck”. Eminem hilariously threatens Davidson to never do another tribute again which is probably the most fitting way Davidson could have ended his run on SNL.

Overall, this was a fun and meaningful tribute to Michaels, even though Eminem put a stop to Davidson’s shenanigans. Davidson has cemented his time on SNL with his music videos, and it is fitting that he would end his tenure on the show with one. It is a shame that this didn’t make it into the episode, but it’s probably because Davidson basically repeated what he said in this music video on ‘Weekend Update’. Just in a more traditional and arguably more emotional way. Like Davidson said in this sketch, Michaels was there for the comedian every step of the way.

Check out how much that meant to Davidson in the full hilarious sketch down below:

The best Cyber Monday deals on tablets that we…