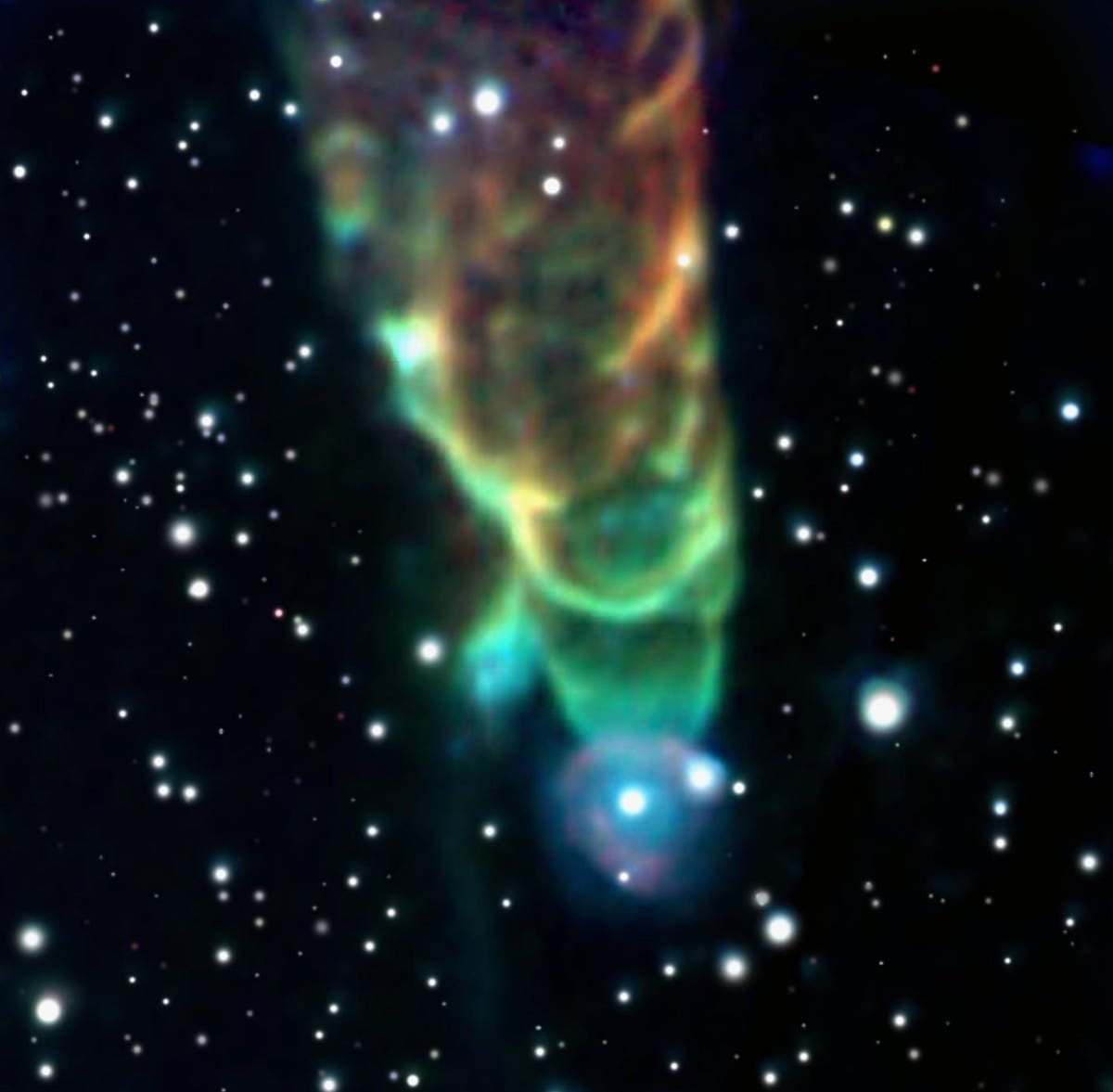 During most of their lives, stars burn stably, changing imperceptibly.

But it isn’t merely death that induces spectacular, cataclysmic phenomena.

Stars exhibit extreme violence in their youth: when planetary systems are still forming.

The ensuing energetic radiation and stellar winds ionize and blow off surrounding material.

Volatile ices are boiled away, while gravitational imperfections grow into protoplanetary seeds.

But all the while, magnetic fields are present, interacting between the young star and the surrounding disk.

For many decades, young stellar jets have been observed in Herbig-Haro objects.

Material gets ejected outward from the star: bidirectionally, but along a single axis.

Despite appearances, the star alone cannot account for these jet-like features.

Instead, a rotating protoplanetary disk interacts with the star’s magnetic field.

The theory, proposed in 1982 by Blandford and Payne, appears validated by new multiwavelength observations.

On solar system scales, magnetic fields funnel material into or perpendicularly away from the protoplanetary disk.

Those fields then collimate the ejected material, launching the observed jets.

Observationally, the jets and disk are indeed perpendicular.

Denial of responsibility! TechCodex is an automatic aggregator of the all world’s media. In each content, the hyperlink to the primary source is specified. All trademarks belong to their rightful owners, all materials to their authors. If you are the owner of the content and do not want us to publish your materials, please contact us by email – [email protected]. The content will be deleted within 24 hours.
blandforddiskharoherbigjetmagnetic fieldsmuseoutflow
0
Share

Overwatch 2 to Have ‘Some Compromises’ on Nintendo Switch