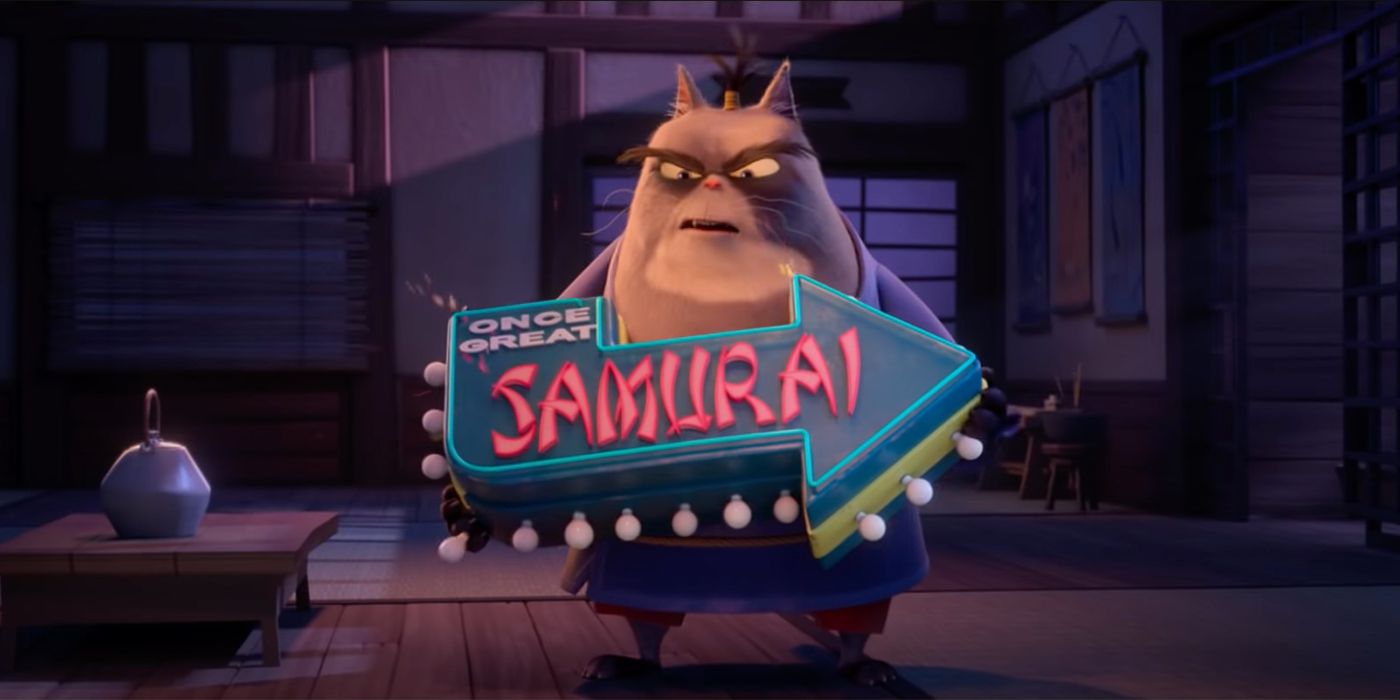 There are seven character posters in total, and they all include a clever pun relating to the character or the actor voicing them. They feature Cera as Hank, Yeoh as Yuki, a Persian cat with a positive attitude, Hounsou as Sumo, a huge ginger cat, Iglesias as another cat named Chuck, Gervais as the villainous Ika Chu, Takei as Ohga, Chu’s right-hand cat, and Jackson as sensei Jimbo. The seventh poster features the character of Emiko, a young budding samurai voiced by newcomer Kylie Kuioka. Emiko also happens to be the daughter of Yeoh’s Yuki. Some of the more clever puns plastered on the posters include Takei’s, which reads “Oh My!,” and Iglesias’, which reads “El Fluffy.” Both puns are in reference to phrases that both Takei and Iglesias have said throughout their careers.

Paws of Fury is directed by Rob Minkoff, Mark Keotsier, and Chris Bailey from a screenplay by Ed Stone and Nate Hopper. Minkoff is most known for co-directing The Lion King. The film seems reminiscent of the Kung Fu Panda franchise with Jack Black, but only time will tell if Paws of Fury will be anything as successful as any of those films.

RELATED: ‘Paws of Fury: The Legend of Hank’ Trailer Teases Something Big Coming This July

Paws of Fury: The Legend of Hank will be released theatrically on July 15. Check out the new character posters below:

Here’s the official synopsis of Paws of Fury: The Legend of Hank:

“A hard-on-his-luck hound Hank (Michael Cera) finds himself in a town full of cats who need a hero to defend them from a ruthless villain’s (Ricky Gervais) evil plot to wipe their village off the map. With help from a reluctant teacher (Samuel L. Jackson) to train him, our underdog must assume the role of town samurai and team up with the villagers to save the day. The only problem… cats hate dogs!”

Engadget Podcast: Google’s AI isn’t sentient but we must examine the ethics

These are the first things you change on a new phone