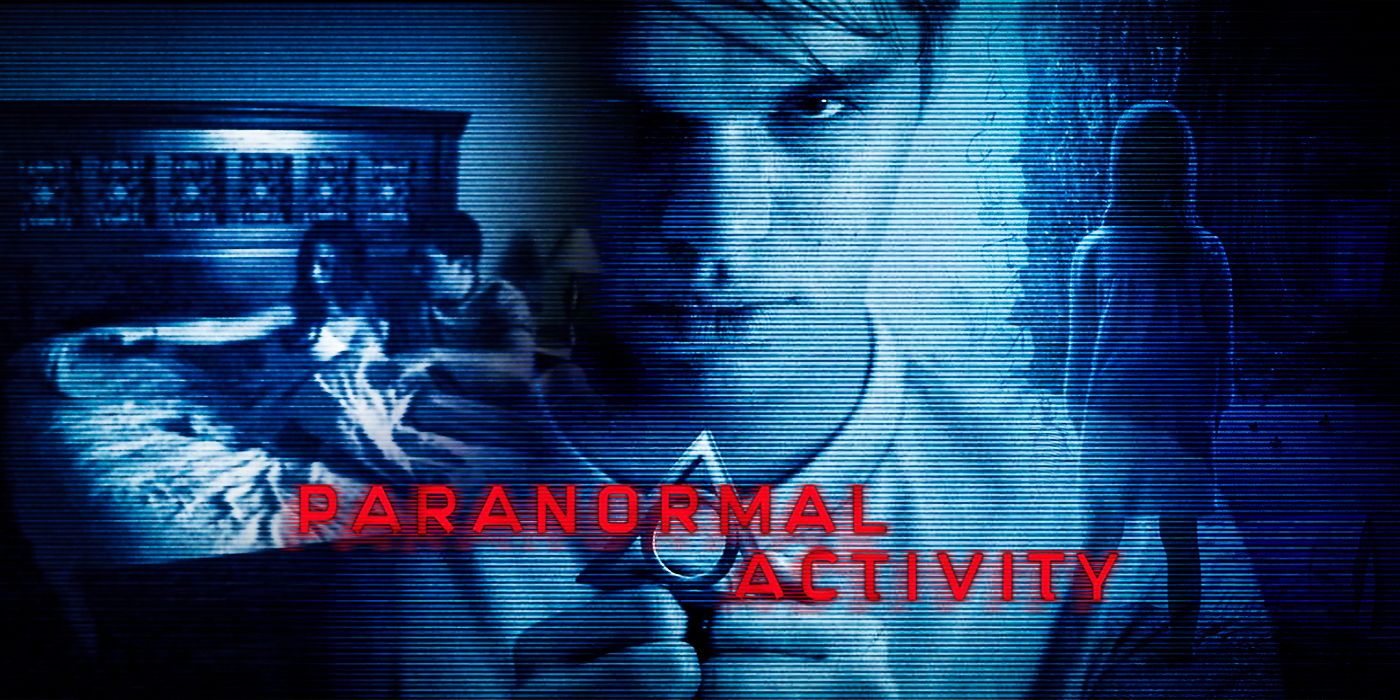 Horror fans and collectors are in for a treat this October. Paramount Pictures and Amazon are offering buyers a chance to own the entire Paranormal Activity franchise on Blu-ray. Compiled into one massive box-set, Paranormal Activity: The Ultimate Chills Collection is available for pre-order now ahead of its October release, and comes with exclusive content.

In horror, there are defining moments of ingenuity. With the genre-pushing limits that Oscar-nominees dare not go, every so often there are real nuggets of zeitgeist gold. Consider what Tobe Hooper‘s The Texas Chain Saw Massacre birthed from the mid-seventies, gracing 2022 theaters with the certified fresh Ti West film X, which took creative inspiration from Massacre. In a round-about way, because of Hooper’s bold vision in ’74 we’re getting X’s prequel, Pearl, only months after its theatrical release. Likewise, 1999’s The Blair Witch Project is, to this day, a masterpiece of creativity, as are so many other horror films that defined an era (The Night of the Living Dead, The Exorcist, etc.). In 2009, director Oren Peli changed the game once again with his low-budget demon-possession sub-genre film Paranormal Activity. The film’s production cost a mere $15 thousand and went on to gross $193.4 million across the globe, supplanting Blair Witch for the most profitable horror movie in history.

What made Paranormal Activity such a success was its slow-burn dread, playing on the audience’s fear of the unknown, and the original script. The marketing for Peli’s film was an excellent tease, showing night-vision snippets from theaters of people reacting with blood-curdling screams, and jumping from their seats. There was even legend surrounding the movie. Hearkening to its predecessor, The Blair Witch Project, Paranormal Activity suggested this found-footage was completely real, and that the characters Katie and Micah, played by, as listed in IMDB, Katie Featherston and Micah Sloat, really did experience this ‘activity.’ With suspended belief, this was petrifying, considering how the movie ends, and this mystery filled the theaters.

In the years following, all the way up to 2021, the franchise has bulked up, spawning prequels, sequels, and time travel. Yep. It’s a wild ride, for sure, and with The Ultimate Chills Collection fans can own the entire franchise, with bonus discs exclusive only to this box set. The box set features Paranormal Activity 1, 2, 3, and 4, The Marked Ones, The Ghost Dimension, and for the first time on physical media, Next of Kin as well as a feature-length documentary Unknown Dimension: The Story of Paranormal Activity. The documentary, first released on Paramount+ in October 2021, dives into the making of the franchise, featuring interviews with cast members and crew, as well as studio executives.

Paranormal Activity: The Ultimate Chills Collection is available now on Amazon for pre-order, and will be available to purchase in time for Halloween on October 11 for $67.99. Check out the original trailer from the Paranormal Activity that started it all:

Does This Flashpoint Beyond #4 Preview Contain Dark Crisis Spoilers