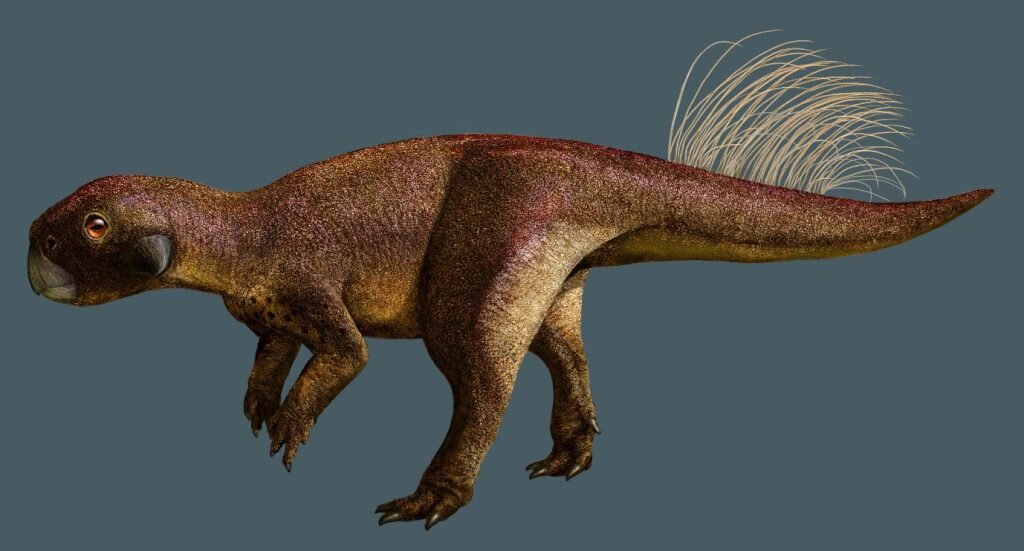 Paleontologists have set a new record for the oldest belly button ever found in reptiles and mammals, after scientists from The Chinese University of Hong Kong (CUHK) and from around the world used a high-tech laser imaging technology to finally reveal the finest details of a 125-million-year old dinosaur fossil found in China 20 years ago.

Dr. Michael Pittman, Assistant Professor of CUHK’s School of Life Sciences and joint-corresponding author of the study, applied the Laser-Stimulated Fluorescence (LSF) technique to a fossilized skin specimen of Psittacosaurus, a two-meter-long and two-legged plant eater lived in China during the Cretaceous period. Dr. Pittman said, “Using LSF imaging, we identified distinctive scales that surrounded a long umbilical scar in the Psittacosaurus specimen, similar to certain living lizards and crocodiles. We call this kind of scar a belly button, and it is smaller in humans. This specimen is the first dinosaur fossil to preserve a belly button, which is due to its exceptional state of preservation.”

Unlike humans, dinosaurs did not have an umbilical cord because they laid eggs. Instead, the yolk sac of dinosaurs was directly attached to the body via a slit-like opening, also found in other egg-laying land animals. It is this opening that sealed up at about the time the animal hatches, leaving a distinctive long umbilical scar. While the egg-laying nature of dinosaurs predicts a long belly button scar, this study is the first to support this hypothesis with fossil evidence.

“Whilst this beautiful specimen has been a sensation since it was described in 2002, we have been able to study it in a whole new light using novel laser fluorescence imaging, which reveals the scales in incredible detail,” said Dr. Pittman.

Dr. Phil R. Bell from the University of New England in Armidale, Australia, the study’s lead and joint-corresponding author, commented, “This Psittacosaurus specimen is probably the most important fossil we have for studying dinosaur skin. But it continues to yield surprises that we can bring to life with new technology like laser imaging.”

The specimen is on display at the Senckenberg Museum in Frankfurt, Germany.

The findings were published in the international journal of biology BMC Biology.

Scientists reveal the fossilised skin of a bull-like carnivorous dinosaur