Only Murders in the Building Season 2 Renewal Confirmed By Hulu 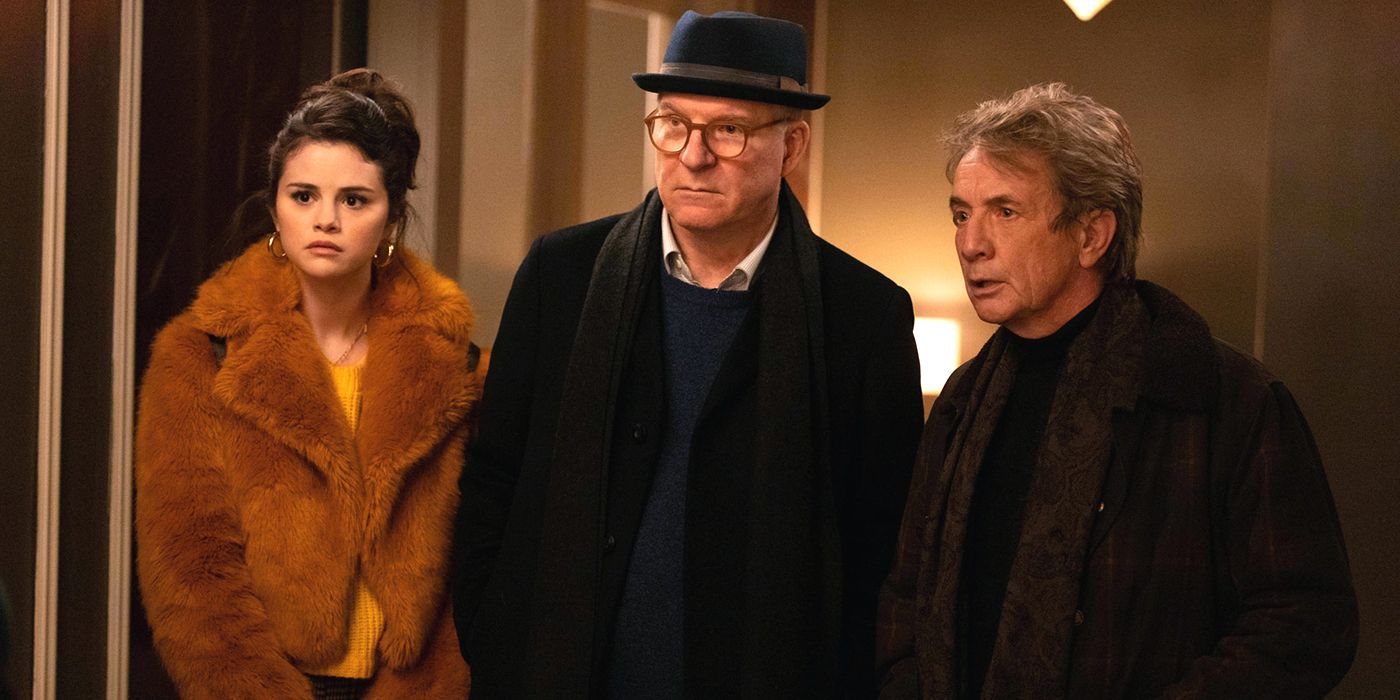 Only Murders in the Building has been renewed for season 2 by Hulu, as the comedy has quickly become a hit with both critics and audiences.

Hulu has officially renewed Only Murders in the Building for season 2. The murder mystery focuses on three strangers (played by Steve Martin, Martin Short, and Selena Gomez) that live in the fictional Arconia building and share an obsession with true crime. Shortly after bonding over their love of a popular podcast, the trio unexpectedly finds themselves investigating the murder of Tim Kono (Julian Cihi).

Hailing from co-creators John Hoffman and Steve Martin, Only Murders in the Building has been one of fall’s most anticipated new arrivals due to the level of talent involved both in front of and behind the camera. Critics have praised the dramedy, singling out the chemistry between the leads and giving particular kudos to Gomez’s performance. And quickly after premiering its first three episodes on August 31, Hulu was quick to tout the show’s success. And, now, merely halfway through season 1, the streamer has made a second installment official.

Related: Why Only Murders In The Building’s Reviews Are So Positive

Elaborating on its decision to renew Only Murders in the Building for season 2, Hulu noted that the series debuted as the most-watched Hulu Original comedy on its premiere date. Similarly, it was also the most-watched comedy, across all streaming VOD titles, on premiere day. It has also maintained a 100% Certified Fresh score on Rotten Tomatoes, indicating that the narrative has kept its momentum since the debut episode.

The announcement shows Hulu’s confidence in the series, but it also clarifies that the story and aftermath of Tim’s death may stretch beyond 1. This was heavily hinted at in episode 4 of Only Murders in the Building, in a flashforward which teased that the characters’ efforts to investigate Tim’s murder will land them in hot water. That could potentially serve as the basis for season 2. But, given that the streaming hit has tended to swerve audience expectations, it remains too early to tell. Potential suspects have been introduced, just to be dismissed, and at one point, that even included none other than pop icon Sting.

But for those curious about where the rest of Only Murders in the Building season 1 might be headed, it has been revealed that the comedy’s animated opening credits contain clues and Easter eggs for those that are eager to figure out what happened to Tim. Judging by Hulu’s renewal, it looks as though many viewers can’t wait to find out what happens next. And now, they won’t have to worry about the possibility that the show will end on a cliffhanger since Gomez, Short, and Martin will be back for another round of adventures.

More: Only Murders In The Building: How Many Episodes There Are (And When The Finale Is)

Marvel Zombies Hid The Guardians Of The Galaxy’s Tragic End

Abdullah Al-Ghamdi joined Screen Rant in August 2019, focusing on movie and television news. In January of the same year, he wrote a 3500+ word piece on why Primo Colón is underrated. He considers it his finest work. When he’s not arguing for the merits of his favorite wrestler, he can be reached at: [email protected]