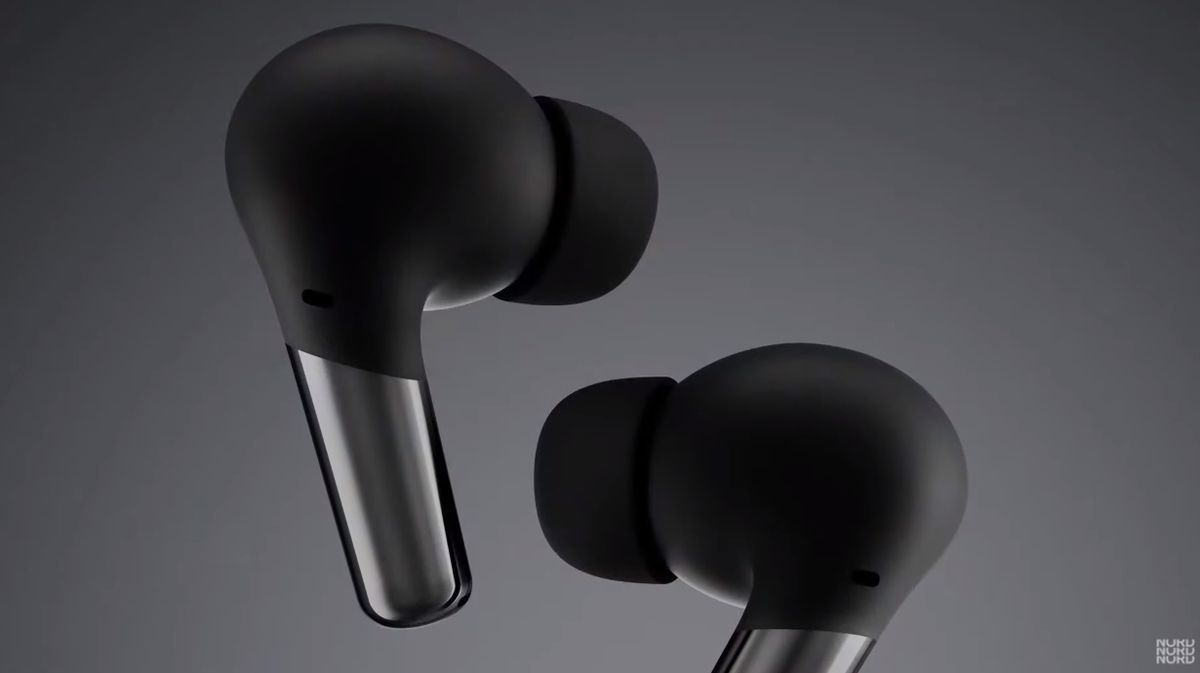 OnePlus has announced its latest true wireless earbuds. The OnePlus Buds Pro were launched alongside the Nord 2 smartphone, and come with active noise cancellation, support for Dolby Atmos, and up to 38 hours of battery life.

They look a lot like the Apple AirPods Pro, albeit with a metallic area on the stems that denotes the touch-sensitive controls. You get three sizes of silicone eartips in the box, and an IP55 water and dust resistance rating means they should be suitable for use while working out.

Pricing and availability are yet to be announced, but we’re hoping that they’ll be cheaper than Apple’s noise-cancelling earbuds.

Following in the footsteps of the OnePlus Buds and OnePlus Buds Z, the new wireless earbuds can be customized to your ears based on your sensitivity to certain sounds. Using the OnePlus Audio ID feature, you can create a personalized sound profile with a hearing test and a special algorithm that will tune your music accordingly.

The OnePlus Buds Pro also come with hybrid active noise cancellation, with three different modes to choose from, with the ability to cancel up to 40dB of sound.

The earbuds’ ANC can also adapt to your surroundings – so, the OnePlus Buds Pro should up the level of noise cancellation as you move through noisier environments. ANC can be activated by pinching and holding the earbuds’ stems – a little like the AirPods Pro.

Calls should be clear with the OnePlus Buds Pro, thanks to a noise reduction algorithm that filters unwanted sounds, and a design that apparently reduces the sound of wind.

The claimed battery life of these earbuds is pretty impressive, coming in at 38 hours with ANC turned off, and 28 hours with this feature on.

The OnePlus Buds Pro support the company’s Warp Charging technology, which means you can get 10 hours of playtime from a quick 10-minute charge via USB-C. There’s also support for wireless charging with Qi-certified mats – or, you can just place the charging case on the back of your OnePlus 9 Pro phone for a handy top up.

Instant pairing means you can simply open the charging case, and tap the pop-up window on your OnePlus device, and connect the buds for the first time. The company says that gamers can also enjoy low latency – so, there should be no lag between the action on screen and the sounds you hear.

If you want to relax while using the earbuds, Zen Mode Air (which can be switched on in the headphone settings or via the Hey Melody app) plays white noise. Handy if you’re trying to fall asleep or meditate.

This is a developing story – stayed tuned for more updates.

The Kings of Miami Trailer Reveals a Wild Docuseries on Netflix

Grabbing magic tin by the tail

Google Calendar events now include a way to start…

Far Cry 6 Will Let You Holster Your Gun and…