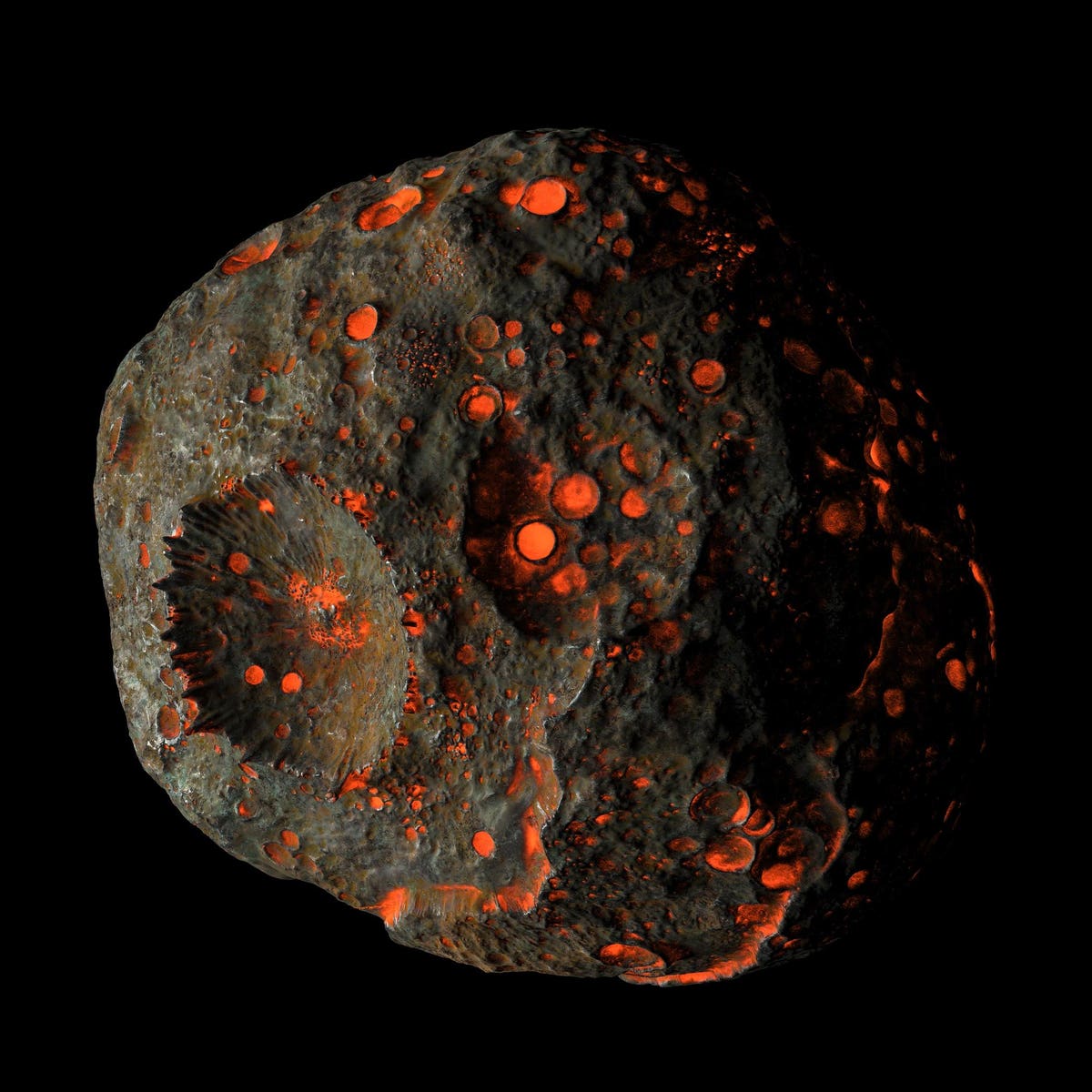 With its greenish exterior and brownish interior, Erg Chech 002 (EC 002) might not appear extraordinary at first glance, but it is the oldest known volcanic rock in our solar system

This meteorite was discovered in May 2020 by meteor hunters in the Algerian Sahara desert.

Looking at the decay rate of manganese and chromium, two research teams dated the meteorite at 4,5650 to 4,5666 billion years. The rock formed just 700,000 years after the formation of our solar system, predating Earth’s formation by 20 million years.

Of the roughly 65,000 meteorites so far documented on Earth, only around 4,000 contain what is known as differentiated matter. This means they came from celestial bodies large enough to have experienced magmatic activity.

Unlike other meteorites dating back to the early phases of our solar system, with a basaltic, silicon-poor composition likely formed on a larger planetary body, EC 002 shows an andesitic, silicon-rich composition. On Earth, andesite is a rock formed during volcanic eruptions.

EC 002 likely formed in a volcanic eruption on a smaller asteroid. Heated up by the radioactive decay of isotopes like aluminium 26, the asteroid experienced partial melting of its inner homogenous matrix. As a result, silicon became concentrated in pockets of molten rock. The silicon-rich magma then migrated to the asteroids’ surface, cooling down and solidifying to form a crust of volcanic rocks.

The paper “Radiogenic chromium isotope evidence for the earliest planetary volcanism and crust formation in the Solar system” is published in Monthly Notices of the Royal Astronomical Society (2022).

Denial of responsibility! TechCodex is an automatic aggregator of the all world’s media. In each content, the hyperlink to the primary source is specified. All trademarks belong to their rightful owners, all materials to their authors. If you are the owner of the content and do not want us to publish your materials, please contact us by email – [email protected]. The content will be deleted within 24 hours.
ecErg Chech 002Oldest Known Volcanic RockOldest Known Volcanic Rock Predates EarthOldest Volcanic Eruption In Our Solar System
0
Share

MultiVersus is ahead of the curve tech-wise on PS5