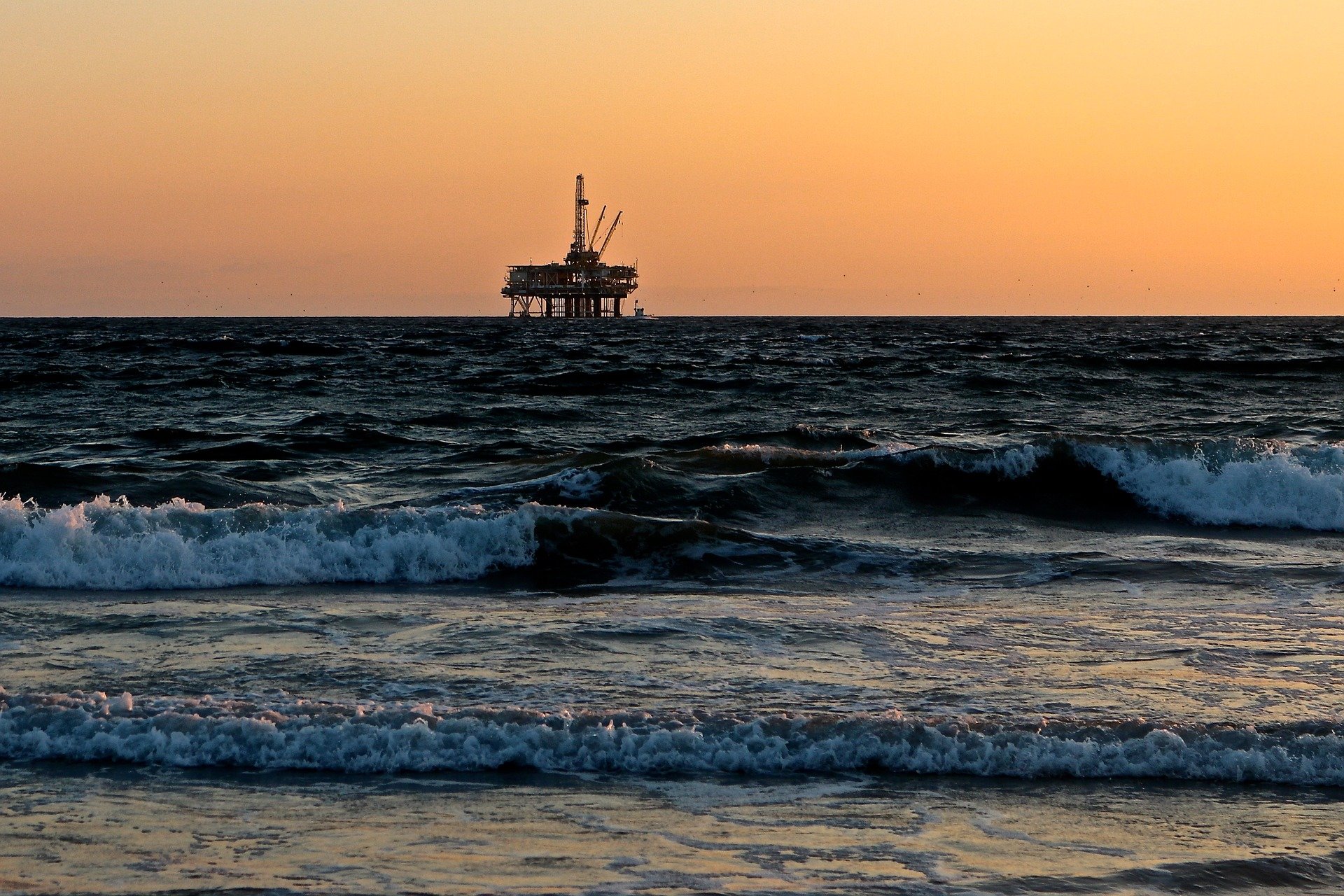 Selling offshore leases for oil drilling in the middle of shipping lanes seemed reckless. Building a complex of oil platforms just off the Orange County coast was an invitation to disaster.

But the green light was given, and in the late 1970s, Shell Oil Co. proceeded, eventually raising three towering edifices in the middle of a nautical highway leading to two of the busiest ports in the world.

Maritime officials tried to stop construction of the platforms, according to documents reviewed by The Times. They raised warnings of possible disaster in the event that a ship collided with one of them and ignited the oil and hydrocarbons coursing through a circuit of wells and pipes.

The president of the Pacific Merchant Shipping Association called Shell Oil Co.’s plan an “an unacceptable hazard to navigation.”

“They want to put these platforms on the front porch of the busiest port in the West,” Philip Steinberg said at a public hearing. “We’d end up with a veritable minefield of obstacles. It invites a catastrophe. … It only takes one platform to cause a catastrophic problem.”

Forty years later, that minefield has come under scrutiny again as investigators explore the possibility that an anchor strike led to the oil spill that has marred the Orange County coast.

Even though the shipping lanes were relocated in 2000 about one mile west of the platforms, unprecedented congestion at the port has pushed maritime traffic close to the platforms’ elaborate infrastructure, both above and under the ocean.

Dozens of vessels waiting for berth are anchored near the platforms and their undersea oil lines, as well as sewage treatment pipes and communications equipment. What were urgent concerns at the time the equipment was put in place are now a reality as crews continue to scour tar balls and oil from beaches and marine preserves from Huntington Beach to Dana Point.

Shell Oil Co. tried to address the early complaints. The company paid $71 million for drilling rights, and along with a consortium of business partners was eager to start producing. Early estimates promised a return of 25,000 barrels of oil a day for at least 20 years.

But the Beta Unit, as their site was called, was located in what is known as the separation zone: The center divider for the north- and southbound lanes for container vessels and oil tankers entering and exiting the ports of Los Angeles and Long Beach.

“Navigational aids will be installed and maintained as required by the Coast Guard,” the company wrote in its 1978 development plan, adding “the structures will have a beneficial effect of acting as aids to navigation.”

But the Coast Guard disagreed. It joined the Pacific Merchant Shipping Association in raising objections, saying that it would prefer that no platforms be built in the area. “But we recognize that this is unrealistic in keeping with the national interest,” said Rear Adm. Robert L. Price.

National interest at the time was an economic interest. Development of the Beta Unit came when the United States was keenly aware of its vulnerability due to a dependency on imported oil. In October 1973, a cartel of mostly Middle Eastern oil exporters imposed an embargo upon nations believed to have supported Israel during the Yom Kippur War.

Inflation soared, and a global recession lasting for two years set in, prompting the Department of the Interior in 1974 to open the Southern California coast—from Point Mugu to Dana Point—to offshore oil operations.

The news, coming five years after a blowout on an oil platform in the Santa Barbara Channel tarred the coast with at least 2 million gallons of crude, surprised even oil executives for its vast scope. Approximately 7.7 million acres with an estimated production value of at least 5.5 billion barrels were up for lease.

As one writer noted at the time, “Many contend the environmental movement of recent years began on the oil-soaked beaches of Santa Barbara. Many contend that it died with the birth of the energy crisis.”

Protests followed (mailgrams sent to President Gerald Ford, a rally in Laguna Beach that drew 200), and Orange County became the lead plaintiff in a lawsuit that included Huntington Beach, Newport Beach and Laguna Beach calling for a halt to the sale of the leases.

But the sale, which took place at the Hyatt Regency in downtown Los Angeles, proceeded on Dec. 11, 1975. (The opening bid on a tract south of Santa Rosa Island was submitted by California Citizens for Political Action, which as an act of protest presented officials with the Bureau of Land Management with $1,800 in coins and $1 bills.)

Similar outrage was triggered two years later when the Department of the Interior announced a second sale of nearly 1.1 million offshore acres. By the time those bids were opened in 1979, Shell Oil Co. had begun fabricating the foundational framework for its platforms in the Beta Unit, which arrived in Long Beach late that year by barge from Malaysia.

Shell Oil Co.’s plan for the Beta Unit was ambitious. Executives would later describe the facility as “the largest and most sophisticated offshore drilling operation ever built.”

Platform Ellen was designed as the drilling platform, tasked with extracting oil from the initial five wells that had tapped into the reservoir of oil, straddling the Palo Verde and Newport-Inglewood earthquake faults. Platform Elly was the production platform. The two facilities would be linked by a 200-foot bridge.

An 18-mile pipeline would deliver the oil to the Shell Oil Co. terminal in Long Beach, a route favored over alternate landfalls in Huntington Beach and Seal Beach. According to the 1978 production plan, the pipeline was to be designed to resist movement by ocean currents during a worst-case scenario, a 100-year storm.

“Stability will be achieved by proper design of submerged pipeline weight,” the document read. The pipeline would also be designed to withstand “earthquakes and other dynamic effects, dead loads and surges.”

The only portion of the pipeline to be buried was inside the Long Beach breakwater.

By January 1981, the complex began producing, and in the first month delivered 700 barrels of crude oil a day. By then, the United States had weathered a second energy crisis, occasioned by a drop in oil production in the aftermath of the 1979 Iranian Revolution, and in Washington, D.C., the Reagan administration began lifting restrictions on oil and gas development in the country.

When Platform Eureka went online in 1985, the Los Angeles Times paid a visit. “Because the operation is so quiet,” the reporter observed, “Eureka seems more like a research vessel at anchor than an oil-production facility.”

“Unlike the dirty rigs and pumpers of older vintages, Eureka is so clean that many workers get their hands dirty only when reaching for extra food in the well-stocked cafeteria.”

In 1999, however, the luster of this once “state of the art” complex had faded. Two oil leaks, first in late spring and then in the fall, were detected from a corroded pipeline that carried oil, water and gas from the Eureka platform to Elly. More than 2,000 gallons of oil spilled into the ocean, reaching as far south as Crystal Cove.

The Beta Unit was now owned by Aera Energy, a Bakersfield-based oil and natural gas company co-owned by Exxon Mobil Corp. and Shell Oil Co., and the spill led to the shutdown of the pipeline connecting Eureka to Elly for nearly 10 years. Aera was fined $48,000 for improper calculation of its leak-detection system.

A year after the spill, the Coast Guard and Department of Transportation addressed a 20-year concern about the location of the three platforms and moved the shipping lanes that had sandwiched them to the west. An announcement in the Federal Register stated that the change “will decrease the chance of collisions and groundings, particularly for the deepest draft vessels, which require significant room to maneuver.”

“In addition, the oil platforms will no longer be in the … separation zone, which will increase the safety of the platforms and transiting vessels.”

Twenty years earlier, Shell Oil Co. officials praised the remoteness of the Beta Unit as they made their case for building their oil platforms.

“We expect that to people on the beach they’ll look like dots on the horizon,” said Shell Oil Co. spokesman.

Today as the fate of the Beta Unit hangs in the balance, those dots on the horizon—and the line connecting them to the shore—are more conspicuous than ever to the people working on the beach, cleaning up the most recent spill.

The TouchBar was a missed opportunity for the…