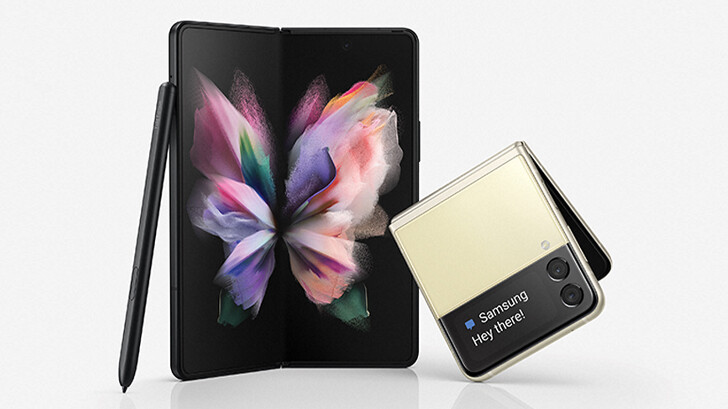 0
Share
We are now less than two weeks away from the unveiling of Samsung’s next foldable phones, the Galaxy Z Fold 4 and Flip 4. Samsung has already started not-so-subtly teasing the phones, boasting they are better than slab phones and is using the greater than symbol (>) to denote their uniqueness. Venerated leaker Evan Blass (via 91Mobiles) has today posted some official-looking images of the two devices.
While the pictures don’t have much of an element of surprise to them because the phones have been heavily leaked, it is still great to see high-resolution images which give a closer look at the phones.

The Fold 4 is apparently shown in the colors phantom black, beige, and gray-green. As recent rumors had stated, the design hasn’t changed much, and the phone hasn’t adopted Galaxy S22 Ultra’s bump-less camera array.
Instead, it is more of a refinement of the current design, sporting a single hinge and somewhat thinner bezels. Hard to discern in the images are other rumored changes such as a wider aspect ratio for better usability and a less prominent crease.
Also, even though the camera island design has not changed, the array is apparently going to have higher-resolution cameras.

The Flip 4 can be seen in the colors graphite, pink gold, blue, and light purple. In line with reports and leaked real-world images, the phone appears to have thinner bezels and a slimmer hinge than the Flip 3 and also a slightly bigger cover unit, which has allegedly grown from 1.9-inch to 2.1-inch.
The phone may offer greater battery capacity than the outgoing model, which could help it become the best foldable phone of 2022, considering battery life is one of the biggest complaints customers have with the Flip 3.
Pre-order reservations are currently live and will get you exclusive offers.

Katamari Creator Is Making A New Game, And The Teaser Reveals Nothing