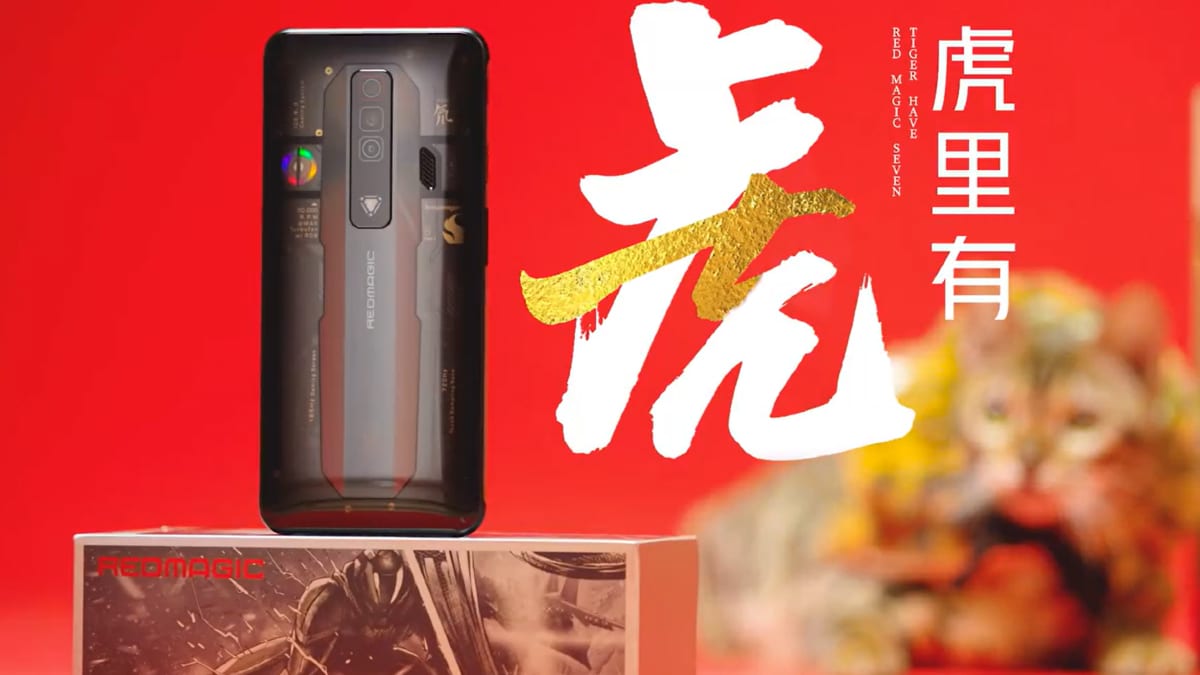 Nubia Red Magic 7, a new smartphone from the Chinese tech brand, is all set to go official next month in its home country. Just days before the formal debut, the ZTE-owned brand teased the Nubia Red Magic 7 with a video, revealing aspects of its design and some specifications. The handset is shown featuring a triple camera unit. The specifications of the smartphone also recently surfaced online via a TENAA listing. The upcoming Nubia Red Magic 7 is expected to be powered by Snapdragon 8 Gen 1 SoC.

The company took to Weibo to share a teaser video of Nubia Red Magic 7. In the teaser, the handset is seen featuring a transparent design. For optics, Nubia Red Magic 7 is seen carrying a vertically aligned rear camera module that houses three sensors along with an LED flash.

Specifications of Nubia Red Magic 7 have been teased by the company in multiple posters via Weibo recently. The posters show some cryptic numbers that could refer to different specifications of Nubia Red Magic 7. The 41,279 score of the phone may represent the phone’s cooling system’s performance. The company has also hinted at 165W fast charging support and referred to the 1,101,769 AnTuTu benchmark score as well.

Nubia Red Magic 7 smartphone has already appeared on TENAA, suggesting some key specifications of the device. The gaming phone is said to run on Android OS and could be offered in Black, Blue, Green, and Red colour options. The upcoming smartphone ​is expected to come with a 6.8-inch full-HD (1,080×2,400 pixels) OLED display. It could pack Qualcomm’s new Snapdragon 8 Gen 1 SoC under the hood. Nubia Red Magic 7 is said to pack ​up to 16GB of RAM and 512GB of onboard storage.

The Nubia phone could be offered in three RAM and storage options — 8GB RAM + 128GB storage, 12GB + 256GB and 16GB + 512GB. The handset is listed to feature a 64-megapixel primary sensor. For selfies, it is tipped to carry an 8-megapixel selfie shooter. A Weibo post by tipster Digital Chat Station suggested that Red Magic 7 phone will come with an under-display camera.

Denial of responsibility! TechCodex is an automatic aggregator of the all world’s media. In each content, the hyperlink to the primary source is specified. All trademarks belong to their rightful owners, all materials to their authors. If you are the owner of the content and do not want us to publish your materials, please contact us by email – [email protected]. The content will be deleted within 24 hours.
Nubianubia red magic 7 specificationsnubia red magic 7 specifications teaser video camera february launch china zte nubia red magic 7ZTE
0
Share