Now or never, Android and iPhone users! Switching to Pixel 7 over iPhone 14 – the time is right? 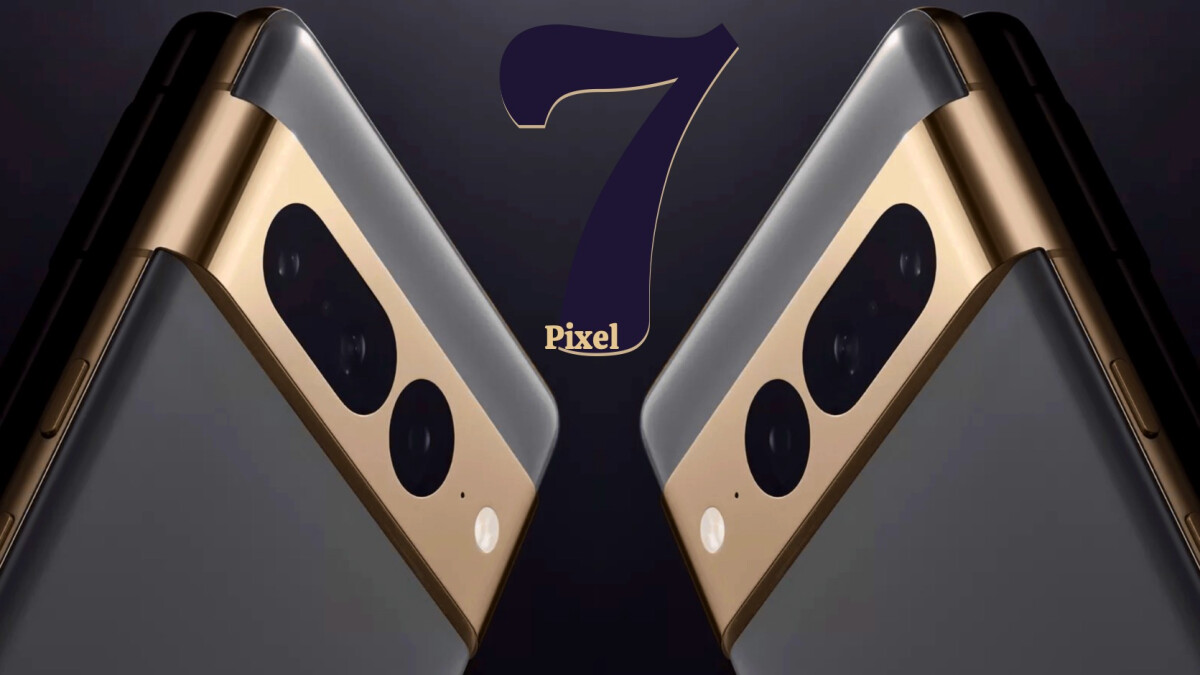 0
Share
That’s it, folks! This year, Google’s more reasonably priced flagship phones get a legitimate chance to make up some ground in the tough fight against Apple’s flagships in the US, as well as the UK and Europe due to the sky-high prices of the iPhone 14 series outside of North America.

According to recent data, Google finally managed to surpass LG to become the fourth biggest smartphone vendor in the US, now behind Motorola. Sure, Sundar Pichai & Co are still falling far behind Samsung and Apple, but Google’s selling more phones than ever now, which is a positive sign!

Apart from the obvious great news that the Pixel 7 and Pixel 7 Pro are expected to be noticeably more affordable than Apple’s iPhone 14 series in all markets, detailed leaks and rumors are telling us Google’s flagships are also expected to offer a ton of selling points over the iPhone 14 – all despite the big price differences.

So, just hours before the official reveal of the Pixel 7 series, which the Pixel Watch will join, let’s see how Google could finally take a big step towards establishing itself as the default alternative to Samsung in the fight against big Apple.

If it all goes to plan, Pixel 7 Pro might crush the iPhone 14 Pro when it comes to photography

The camera phone of the year incoming?

Google named the Pixel after what photos are made of, so it’s only fair we start with the Pixel 7 Pro’s camera, which (somewhat surprisingly) is getting more hardware and software upgrades than I expected.Pixel 7 Pro is expected to build on the Pixel 6 Pro with:

And these are just the hardware upgrades we know of until now. It’s almost certain that Google will have a few other tricks up its sleeve when it comes to the software side of the camera, where Pixels really shine.

Of course, we’ll have to do our Pixel 7 Pro versus iPhone 14 Pro camera comparison before we’re ready to conclude anything, but my experience of snapping photos with my personal Pixel 6 Pro and brand new iPhone 14 Pro, tells me that the Pixel 7 Pro has a really good shot at being the noticeably better camera when it comes to photos.

Plus, the Pixel 7 Pro is going to have far better zoom than the iPhone (5x vs 3x), super-fun Motion Blur options, a new Macro Mode, and a new Movie Motion Blur mode, which now leaves Pixel 7 Pro with little to no shortcomings compared to the iPhone 14 Pro.

Perhaps the only two features missing from the Pixel 7 Pro are the ability to use the full resolution of the 50MP primary camera to take 50MP photos as well as to take 2x zoom Portrait Mode photos without a big loss in quality, but who knows – those simple upgrades might well be on the way. Fingers crossed.

The price is right!

With the whole camera argument out of the way, here are three other things/features to note about the Pixel 7 and Pixel 7 Pro that make me quite excited and much more likely to pick them up over the iPhone 14 and iPhone 14 Pro…

Despite Apple’s recent efforts when it comes to software customization on iPhone, Android’s still the undisputed king of software freedom! I also find myself preferring to use it over iOS, which gets boring over time – perhaps due to how closed the OS is.

Apple’s simplicity plays against it sometimes and can make the iPhone seem less user-friendly, especially if you’ve used a good Android phone before…

Sure, this one’s subjective, but in my opinion, my older Pixel 6 Pro already looks better/fresher to me sitting next to the newer iPhone 14 Pro, and there’s no doubt in my mind that the Pixel 7 and Pixel 7 Pro will too. Apple’s been repeating the current design of the iPhone for ages now, and I’m over it at this point. Especially how rough the camera bump is starting to look next to the camera visor of the Pixel 6 Pro.

Speaking of camera bumps, the Pixel 6 Pro and Pixel 7 Pro won’t have any table wobble thanks to the flat camera visor on the back. My Pixel 6 Pro is also easier to hold thanks to the curved back, which is making an appearance on the Pixel 7 series too!Apart from that, we already know the Pixel 7 Pro (212g) will be much, much lighter than the iPhone 14 Pro Max (240g) and likely feel even lighter than the 14 Pro (206g), as that’s exactly the case with my Pixel 6 Pro (210g) which seems to have far better weight distribution than the super densely packed 6.1-inch Pro iPhone, which is very top right heavy, thanks to the Bermuda Triangle camera bump.

Do I even have to mention how obtrusive the iPhone 14 Pro’s Dynamic Island is when playing games and watching videos? I honestly prefer the notch on my iPhone 13 mini over the massive cutout on the new iPhones.

Price, price, price – Pixel 7 and Pixel 7 Pro are going to be so much cheaper than iPhone 14 and iPhone 14 Pro

It’s how the story started, but it’s certainly worth doubling down on just how much more affordable the Pixel 7 series is expected to be compared to Apple’s astronomically-priced iPhone 14s…

Compared to the vanilla iPhone 14, Pixel 7 is expected to cost:

Compared to the iPhone 14 Pro Max, the Pixel 7 Pro is set to cost:

Apple really went berzerk with the prices in Europe and the UK this year but on the bright side, North Americans won’t be paying more for the new iPhones. That being said, as you can see above, the price difference between the Pixel 7 and iPhone 14 series remains big even in the US.

Proceed with caution! There’s a Pixel Watch, too, but Pixel 6 taught us an important lesson – you probably shouldn’t rush to buy a Pixel 7

Yes, the new Pixel Watch will be revealed alongside the new flagships and, together with the Pixel Buds Pro, makes Google’s mobile ecosystem sort of complete. Google’s phones and wearables boast a ton of smart and quality of life features and the one and only Google Assistant – none of which are to be underestimated.

But, of course, the one big question that remains to be answered is whether Pixel 7, Pixel 7 Pro, and Pixel Watch will be reliable devices… We all know what happened last year, so the buggy shadow of the Pixel 6 series will now be looming all over the Pixel 7. Reliability better have been Google’s utmost priority when making the Pixel 7 and Pixel 7 Pro – otherwise, I wouldn’t recommend anyone to rush and pre-order a Pixel 7 without having seen our review. I made this mistake last year and had to deal with a buggy phone for nearly ten months.

Furthermore, if you’re rocking a relatively recent phone such as a Pixel 5, Galaxy S21, or iPhone 12 and you aren’t in a rush to upgrade, you might want to consider playing the waitinggame. Give Google’s flagships a couple of months, and you’d certainly be able to grab them for even less on the resale market (of course, if you’re willing to pay as you go). Imagine a reliable Pixel 7 flagship at $400, or a premium Pixel 7 Pro for just $700! Who wouldn’t like that?

That being said, rumor has it that Google will be offering a pair of Pixel Buds Pro with Pixel 7 pre-orders in some markets, as well as a whole Pixel Watch for those who pre-order a Pixel 7 Pro. So, you’d have to weigh your options. The good thing is that you’ll have a return window even if you pre-order the devices and get the gifts, so you aren’t risking all that much!

Are you excited for the Pixel 7 and Pixel 7 Pro? What about the new Pixel Watch?