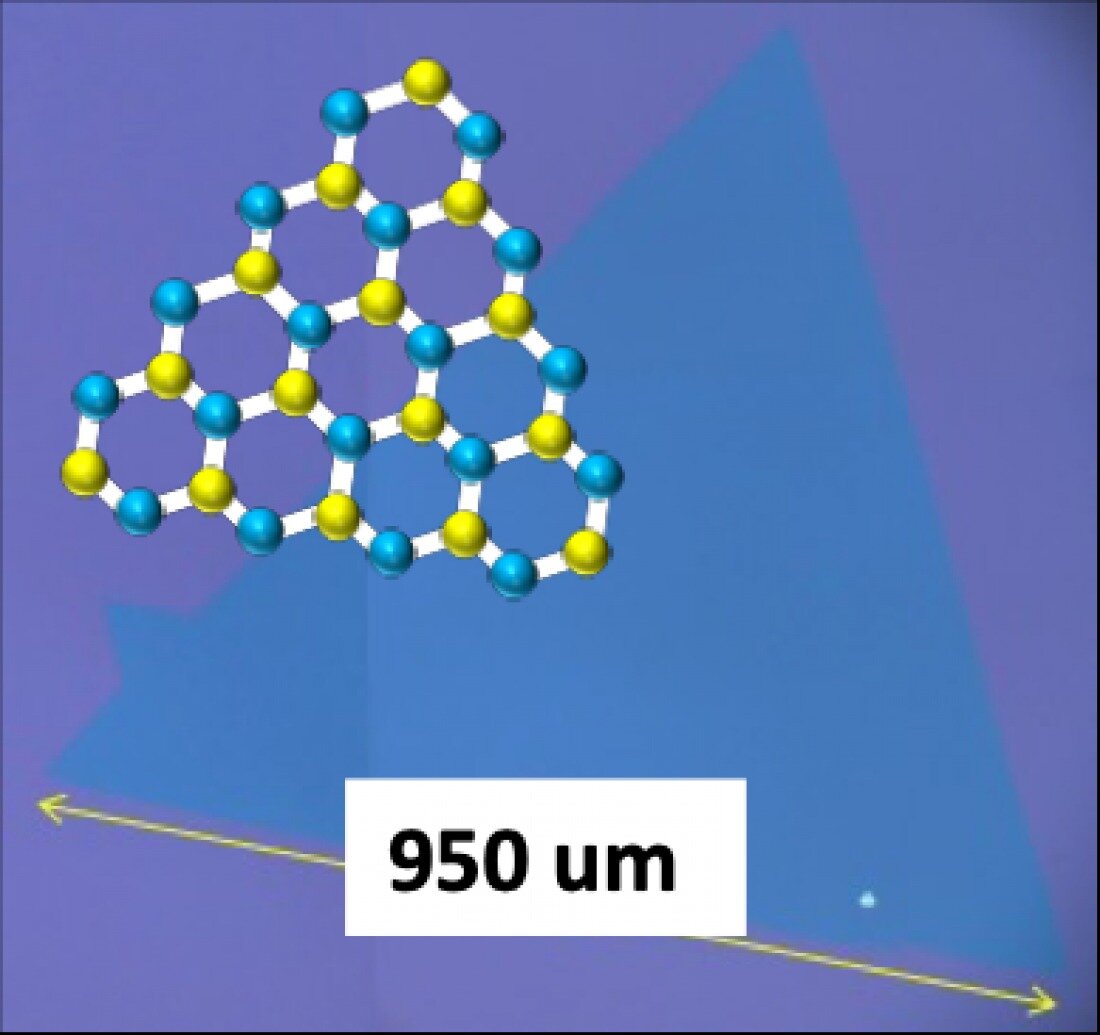 Typically only an atom thick, 2D materials exhibit highly desirable properties for advanced technologies, such as flexibility, superconductivity and more. Made from carefully transitioning individual components from gas or vapor to crystalline solids, such materials and the mechanisms by which they become imbued with such characteristics are still shrouded in mystery.

Now, through a novel monitoring and analysis method, researchers led by Toshiaki Kato at Tohoku University have revealed a critical mechanism in the development of 2D monolayer transition metal dichalcogenide (TMD). They published their approach and findings on Nov. 15 in Scientific Reports.

“TMD are among the most well-known layered materials,” said paper author Toshiaki Kato, associate professor in the Department of Electronic Engineering at Tohoku University, noting that large single layers of the material are enabled by the addition of salts. “Improving the quality of TMD is necessary for realizing future flexible and transparent electrical devices, such as sensor, solar cells and light emitters.”

TMD is developed by vaporizing a metal oxide powder and adding salts. Conventional approaches maintain high temperatures, forcing the molecules of the metal oxide-salt vapor rearrange directly into a crystalline solid. This rearrangement of molecules is known as nucleation, and it grows into the monolayer TMD. However, lowering the melting and boiling points of the metal oxide enhances this transition by allowing the vaporized molecules to supersaturate their environment and produce a liquid phase before arranging into a solid.

“Supersaturation of metal oxide in the vapor phase promotes the creation of liquid-phase precursors, known as the precursor puddle, which promotes vapor-liquid-solid growth over conventional vapor-solid growth,” Kato said, noting that the growth rate of vapor-liquid-solid TMD is at least two orders of magnitude higher than that of vapor-solid TMD. “Despite this progress, the critical dynamics of the nucleation phase has not yet been elucidated for salt-assisted growth; achieving this is crucial for both fundamental and industrial applications.”

To better understand the nucleation of vapor-liquid-solid TMD, the researchers established an imaging monitoring system of how the vapor chemicals deposited as a solid in TMD synthesis.

“In this study, we realized the direct visualization of the phase transition from liquid precursors to solid TMD by monitoring the chemical vapor deposition and automated image analysis,” Kato said. “Through this approach, we found a novel nucleation mechanism.”

“Such detailed understanding of the TMD nucleation dynamics can be useful for achieving prefect structure control of TMDs, which would be useful for future industrial applications,” Kato said. “Our invented method of monitoring chemical vapor deposition and automated image analysis could also be applied to other nanomaterials to more deeply understand their nucleation and growth mechanisms.”

The researchers next plan to exploit the newly revealed nucleation mechanism to synthesis ultra-high quality TMD.

‘Lies of P’ dev says ‘Bloodborne’ “vibe” was not intentional

The pros and cons of decentralization

Pyroclastic flows may be even more destructive than previously thought