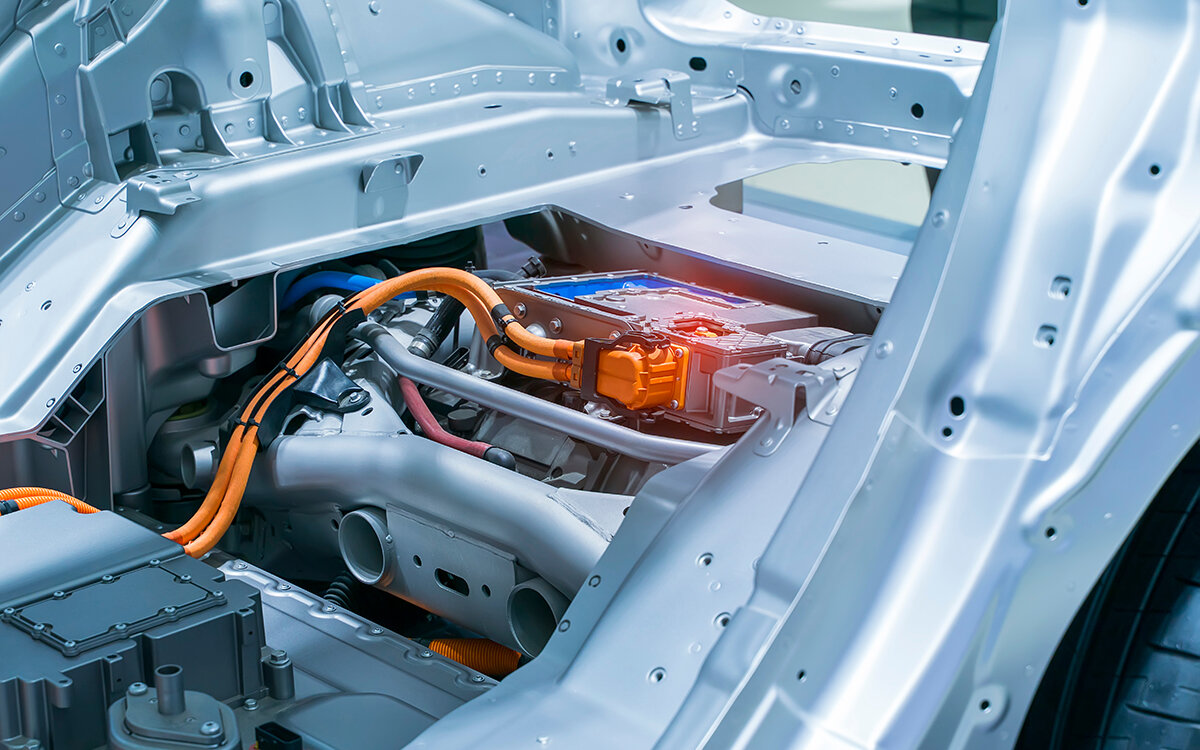 A large international team led by scientists from the Institute for Superconducting and Electronic Materials at the University of Wollongong has verified that the introduction of novel molecular orbital interactions can improve the structural stability of cathode materials for lithium-ion batteries.

The production of better cathode materials for high-performance lithium-ion batteries is a major challenge for the electric car industry.

“The 4s-2p orbital is relatively uncommon, but we found a compound in the literature in which germanium has a valence state of + 3, enabling an electron configuration ([Ar] 3d104s1) in which 4s transition metal orbital electrons are available to interact with unpaired electrons in the oxygen 2p orbital, producing the hybrid 4s-2p orbital.”

The 4s-2p orbital creates structural stability in the LNMO material, as determined using synchrotron and neutron experiments at ANSTO’s Australian Synchrotron and the Australian Center for Neutron Scattering, as well as other methods.

The team used neutron and (lab-based) X-ray powder diffraction, as well as microscopy, to confirm the location of the doped germanium at the 16c and 16d crystallographic sites of the LNMO structure with Fd3 ̅m space group symmetry.

As the valence state of the germanium dopants was important to investigate, laboratory X-ray photoelectron spectroscopy (XPS) and X-ray absorption spectroscopy (XAS) measurements at the Australian Synchrotron were carried out. They confirmed that germanium dopants have an average valence state of +3.56, with germanium at the 16c and 16d sites being +3 and +4, respectively. The results of density functional theory (DFT) calculations supported this observation.

The researchers evaluated the electrochemical performance of batteries containing LNMO and compared that with those containing LNMO with 4s-2p orbital hybridization (known as 4s-LNMO). These assessments found that doping with 2% germanium contributed to superior structural stability, as well as reduced battery voltage polarization, improved energy density, and high voltage output.

“We wanted to understand the lithium diffusion kinetics in the two materials and found that after the germanium is introduced into the system, the diffusion of lithium in the material is faster, allowing faster charge capability,” said Dr. Liang.

Spectroscopic data at the open circuit voltage of the battery found a significant increase in the intensity of peaks of the 4s-LNMO material at the position corresponding to the 4s-2p orbital hybridization—providing further validation of the successful introduction of the novel 4s-2p orbital interaction.

“Because we can see the unfilled orbitals—these are linked in a distinct but complicated way to the filled orbitals—we can use these to help better characterize the chemistry of the system either through quantum mechanical calculations or by comparison to similar materials,” said co-author Instrument scientist Dr. Bruce Cowie.

The NEXAFS data were also useful in evaluating the behavior of manganese in the material.

“We know that keeping manganese from dissolving into the electrolyte and inhibiting the formation of manganese +2 and +3 in the structure will help prevent structural degradation,” said Dr. Liang.

The NEXAFS results showed that there was only a minor amount of Mn3+ and no noticeable Mn2+ in the 4s-LNMO, which further increased the structural stability of the material.

In operando experiments on the Powder Diffraction beamline at the Australian Synchrotron explored the structural behavior of the material within a battery during cycling. Using these data, the team confirmed the suppression of an unfavorable two-phase reaction at high-operating voltage in the 4s-LNMO.

“Orbital hybridization is quite a new concept in battery research, but is very promising for solving battery performance issues,” said Dr. Liang.

“Even better—this approach is extendable to other battery materials.”