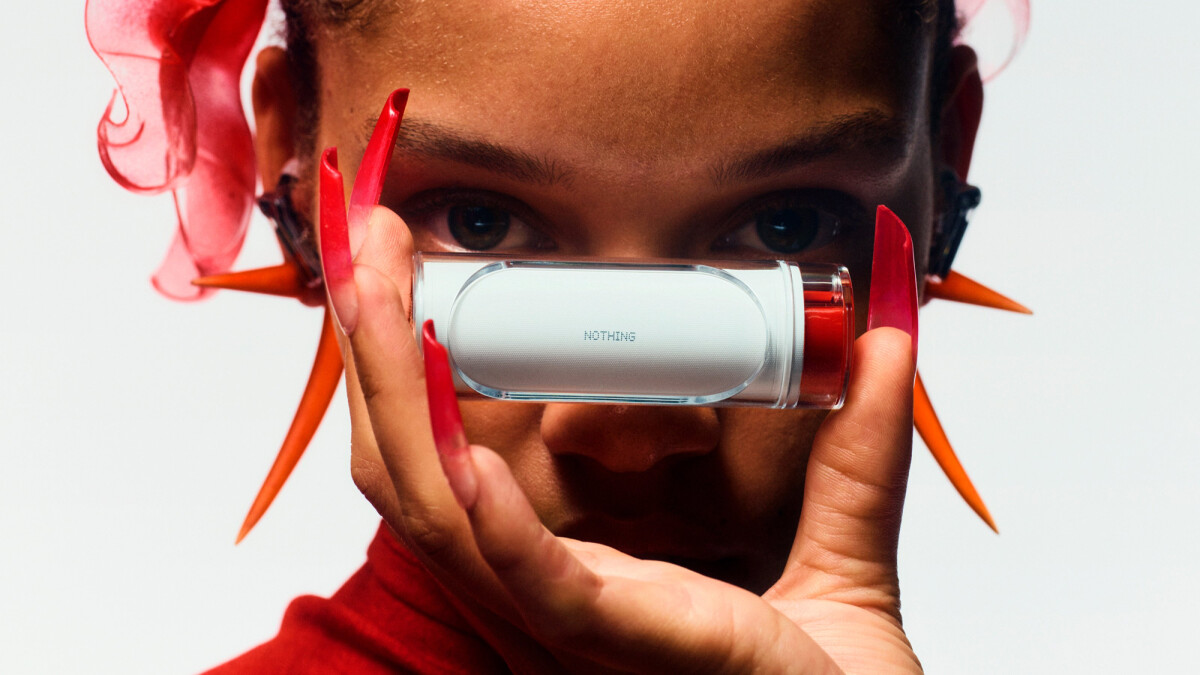 0
Share
As we reported, Nothing recently teased its next product in a video about the preparations for the Nothing Phone (1)’s July launch event. In the clip, Tom Howard, Nothing’s head of design, holds a blurred device and says “that’s not Ear (1),” hinting that the next gadget that the company will release will be a new pair of earbuds. And now, Nothing teases its upcoming true wireless earphones yet again, but this time in a more official manner.During Chet Lo’s Spring Summer 2023 show in London Fashion Week, Nothing gave us a peek at its upcoming Ear (stick) earphones. Well, at their case, at least. In a new image, the company showcased the earbuds’ charging case, which has a slim and cylindrical design. In its press release, Nothing states that its new earbuds are “feather-light” and have a “supremely comfortable ergonomic design.” The company goes even further by saying that technology “gets in the way of what we want to experience too often” and that Ear (stick) “takes away those walls.”
Nothing uses similarly strong words about the Ear (stick)’s charging case as well. It says that the case is “unique” and that it was “inspired by classic cosmetic silhouettes.” Furthermore, the company says the new charging case was “compactly formed to simply glide into pockets.”

In its press release, Nothing also states that its Ear (stick) earbuds are nearly here, which could mean that the company may announce them later this year.

Previous rumors about the Ear (stick) suggest that the new earbuds won’t have silicon tips just like the standard AirPods and that their price will be $99, which is the same price tag that the Nothing Ear (1) — Nothing’s first ever product — had when they were launched.