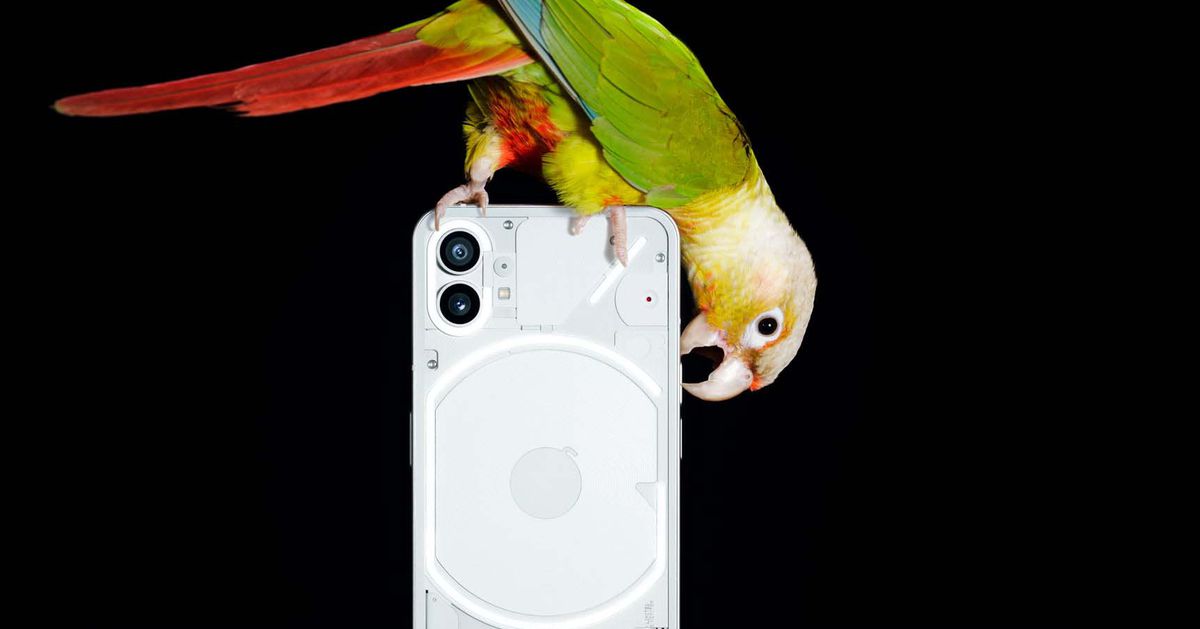 Nothing, the consumer tech startup led by OnePlus co-founder Carl Pei, has shown off the rear design of its debut Phone 1 smartphone. “Leaks are harder to contain nowadays and many of you have been waiting for a long time,” Pei wrote in a tweet. “So here it is.” The phone is due to be properly announced on July 12th at Nothing’s next event.

The image confirms some of the design rumors that have been swirling around the phone. As Pei previously confirmed to The Verge in an interview, the phone has illuminating light strips on the rear of the phone, which appears to be made from transparent material. The arrangement of these light strips was teased by Nothing at a previous event. Interestingly, a logo can be seen on the center of the rear of the phone, which almost looks like the silhouette of a cartoon bomb.

Other confirmed specs of the phone include a Qualcomm Snapdragon processor, wireless charging, and a modified version of Android branded as Nothing OS. No doubt Nothing plans to slowly reveal more details ahead of the phone’s official announcement next month.