Not the Nord I’m looking for

OnePlus has expanded its low-cost Nord lineup with the new N10 5G, but the second Nord phone is not the cost-effective mid-range phone its older sibling was.

While the Nord from this summer proved that an excellent phone can cost $600, the new N10 demonstrates what corners shouldn’t be cut when making a budget phone.

As far as low-cost devices go, the Nord N10 5G is fine, but compared to the excellent OnePlus Nord, it’s a considerable letdown.

What makes this a Nord

OnePlus is making big moves by launching two new low-cost phones in the U.K., with North American availability coming at a later date.

However, it’s not worth waiting for these phones since they don’t offer a lot that isn’t already covered by current low-cost phones in the North American market.

The N10 5G packs an octa-core Qualcomm Snapdragon 690 chipset, which falls well behind the first Nord’s Snapdragon 765G in terms of power. That said, playing relatively resource-intensive mobile games like Mario Kart Tour and Call of Duty Mobile on the N10 didn’t result in any lag. Using apps was also fairly smooth. I wouldn’t say that the apps open at a blistering pace, but once they load you can use them as normal.

There is also 6GB of RAM in the phone, which is enough for most day-to-day tasks, but as I mentioned above, the phone isn’t the fastest mid-range device I’ve ever used.

Sadly, the OnePlus Nord N10 5G also has terrible haptic feedback. While I usually like to leave vibration turned on for my keyboard, I had to turn it off with this Nord because it was too intense. This is an understandable tradeoff to keep the price of the phone low, but I wish it was a little more nuanced.

All of this is packed into a plastic shell that OnePlus calls ‘Midnight Ice,’ which in reality, is a really dark and glossy navy blue. This gives the phone a less than ideal feel in your hand compared to OnePlus’ high-end glass and metal phones, but I can forgive this since the device has such a low price. It should be mentioned that it’s a fingerprint magnet. 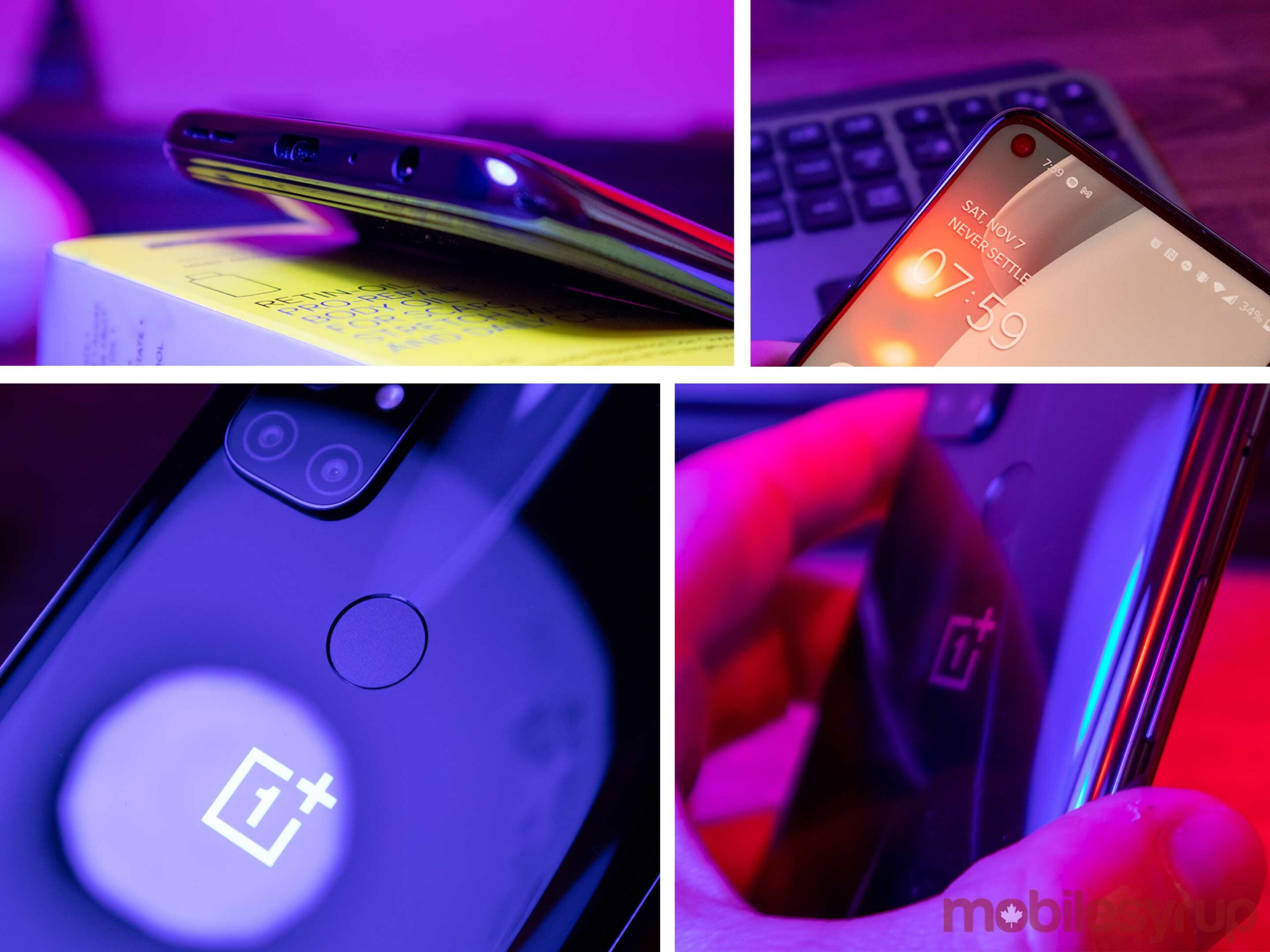 The buttons are clicky, which is nice, but OnePlus didn’t add the alert slider this time around. This is disappointing given the rest of the company’s phones have one.

On the bottom, there is a USB-C port capable of using OnePlus’ proprietary 30-watt warp charging tech. This can top up the phone’s phenomenal 4,300 mAh battery relatively quickly which is nice to see on such a low-cost device. The phone easily lasts all day, and I was often surprised at how much battery I had left at the end of each day.

There’s also a 3.5mm headphone jack and a speaker. The speaker gets quite loud, but it’s the sound is a bit too crisp for my liking. That said, considering the price of this phone, it’s actually quite competitive with the OnePlus 8T and the iPhone 11.

The phone’s front features a massive 6.49-inch LCD screen with a 406ppi resolution and a 90Hz refresh rate. The screen is pretty nice, but it isn’t as vibrant as the OnePlus 8T from earlier this year. That said, for a $600 phone, it’s not bad and I’d argue it’s comparable to the excellent LCD display featured in the iPhone 11. There’s also a small hole punch display in the top left corner of the phone, just like OnePlus’ other phones from 2020. 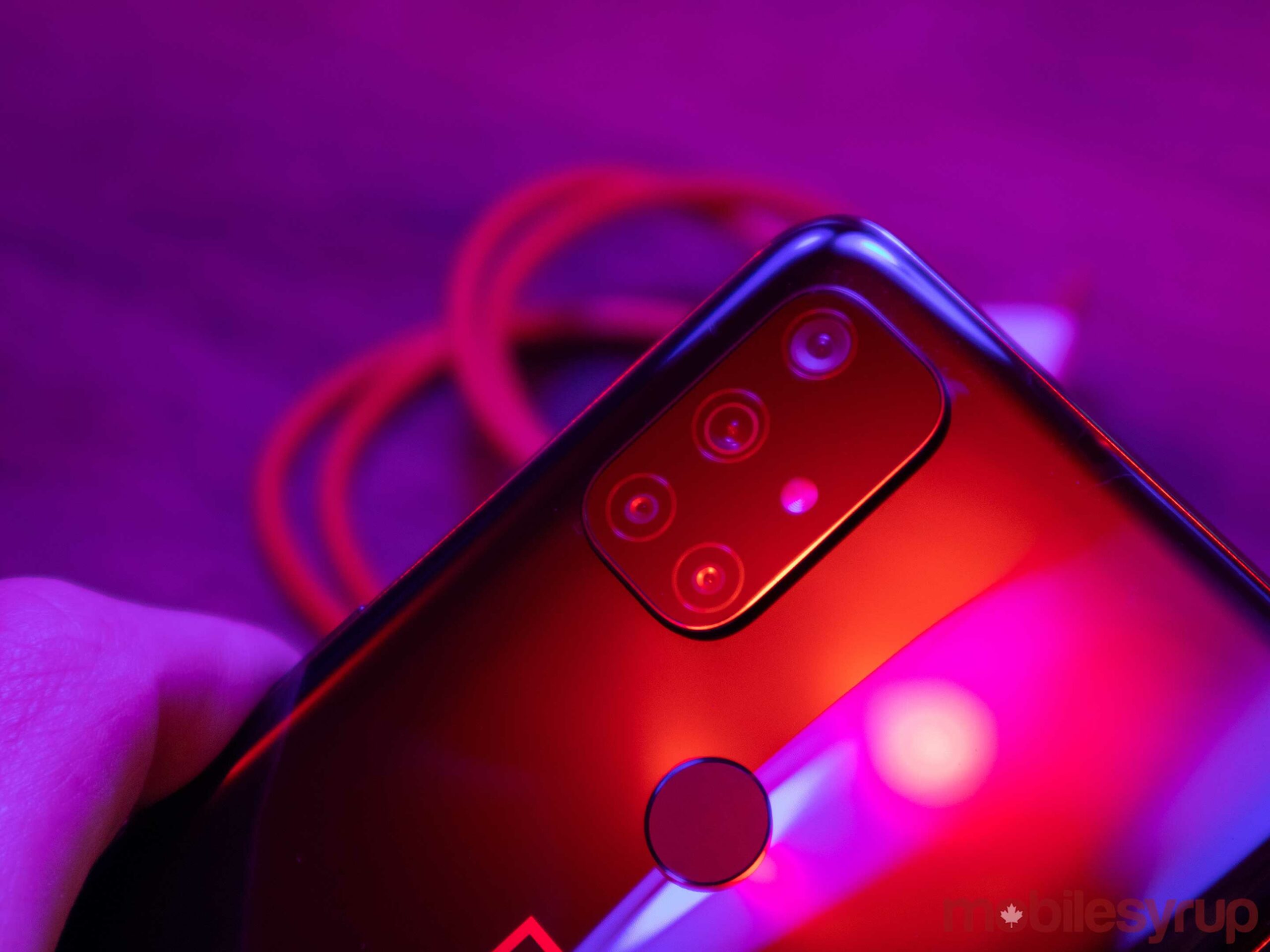 OnePlus has once again loaded this phone with a bunch of unnecessary cameras. That’s not to say all of the cameras are bad, but more of a “why are there four cameras in a budget phone?”

On a positive note, the 8-megapixel wide-angle lens and the 64-megapixel primary camera are perfect examples of OnePlus excelling at smartphone photography. These cameras take detailed images, and the 119-degree ultrawide is one of the better ultrawide angle lenses the company has featured in one of its smartphones.

I’ve been a fan of OnePlus’ camera since the 7T, and the fact that this Nord competes with that level of quality is astonishing. On top of that, OnePlus’s camera app is well laid out and offers a variety of useful modes like ‘Nightscape’ and ‘Portrait,’

On the other hand, the monochrome and macro cameras are still questionable add-ons for the very remote circumstances that those two cameras get used. For instance, I use OnePlus phones all the time, and I never even remember that these cameras are there since I rarely use them.

The monochrome is honestly the weirdest addition since almost no other devices even have this and everyone has accepted that shooting with a black and white filter is better, especially since all other cameras on major phones feature a higher megapixel count than the two-megapixel monochrome sensor. I really can’t help but think that this is only here so that OnePlus can say that this phone has a quad-camera array.

My thoughts on the macro camera echo how I feel about the monochrome lens. It can take interesting close-up shots, but it’s not a worthwhile addition to this phone.

I know it’s impossible to make trades, but if I could swap out these two cameras for an AMOLED screen or a processor upgrade, I think it would make this phone a much better value. 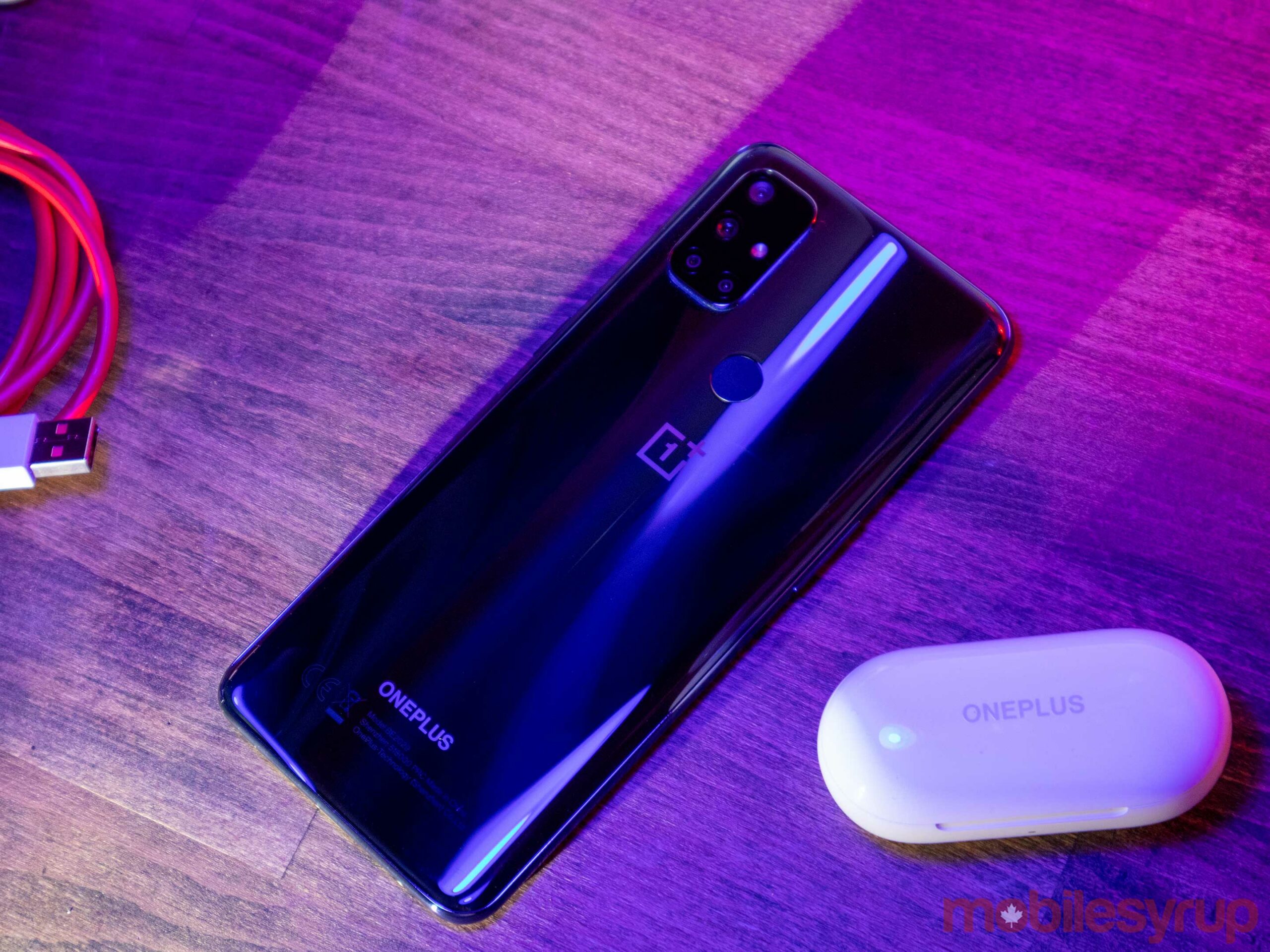 OnePlus’ latest Nord smartphone isn’t the dream mid-range device that it’s older sibling was. It’s not bad, but it has some considerable tradeoffs.

The MacBook Pro M1 is $100 cheaper at Amazon