No sighting in northern Philippines of Chinese rocket debris 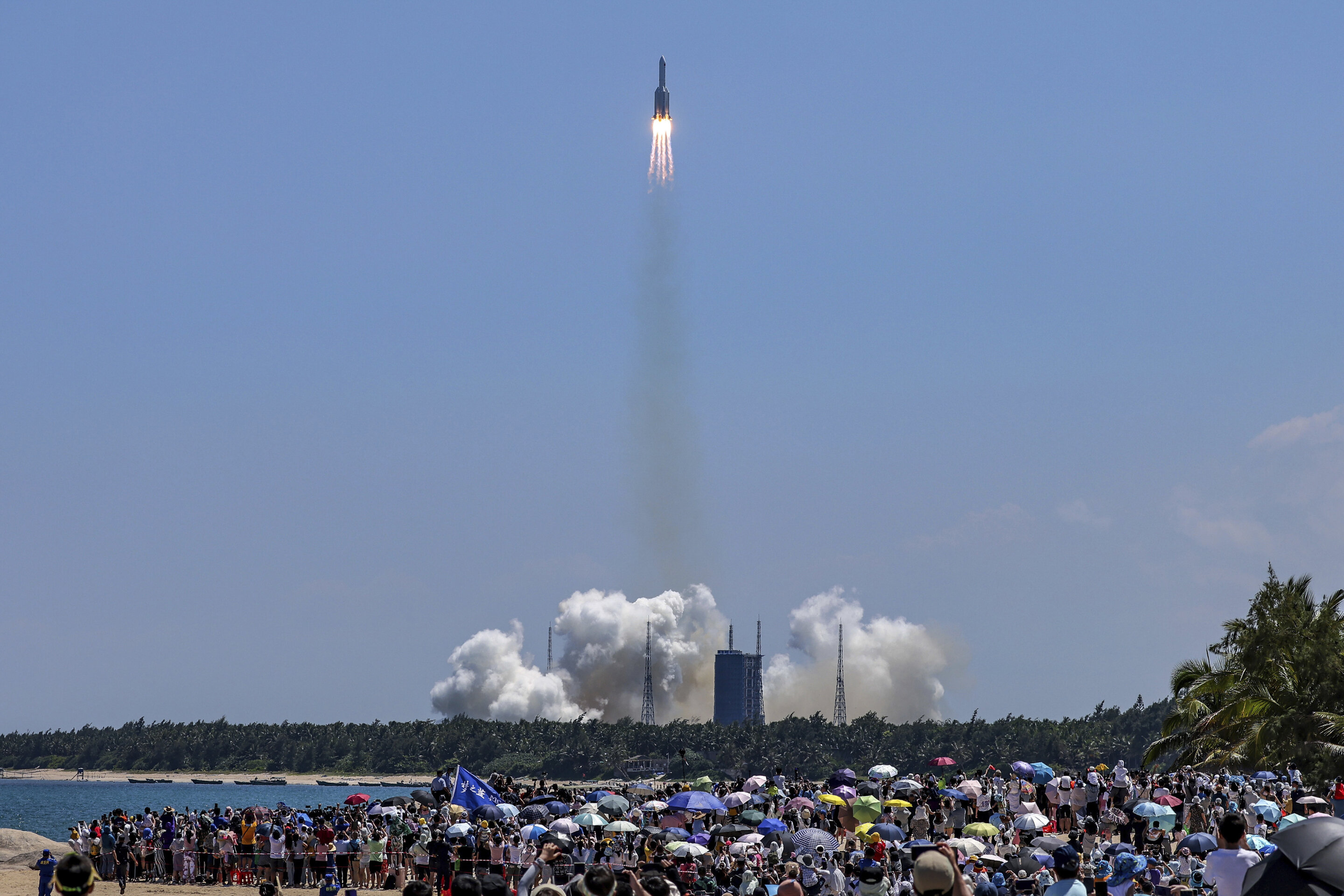 Officials have warned of potential danger to aircraft and ships of debris from a new Chinese rocket launch that may fall in northern Philippine waters, authorities said Thursday, adding no debris has been sighted so far.

The Philippine Space Agency said China’s Long March 7A rocket was launched Tuesday night from the Wenchang Space Launch Center on Hainan island. That prompted the agency to notify Philippine authorities before China’s rocket launch of potential danger in two offshore areas, where the debris could crash down based on estimates.

The possible “drop zones” were 71 kilometers (44 miles) off Burgos town in Ilocos Norte province and 52 kilometers (32 miles) from Santa Ana town in Cagayan province, the space agency said, citing information from a notice to pilots released by the Civil Aviation Administration of China.

Rocket parts that detach before reaching space should by design fall back offshore less than an hour after a rocket launch, Philippine Space Agency spokesperson Tricia Zafra said.

“So far, no sighting. We continue to seek out reports,” Zafra told The Associated Press. “Hopefully, no injuries or damages related to it.”

The Civil Aviation Authority of the Philippines warned Wednesday in a notice issued to pilots about the possible danger posed by the debris in the two northern Philippine offshore areas.

“While debris from CZ-7A is unlikely to fall on land features or inhabited areas in the Philippine territory, falling debris still poses a considerable threat to ships, aircraft, fishing boats, and other vessels that will pass through the drop zones,” the Philippine Space Agency said in a statement Tuesday.

In July, the core stage debris of the Long March 5B rocket that was launched in China landed in Philippine waters in an uncontrolled reentry, the agency said. No damage or injuries were reported.

Fishermen at the time found a torn metal sheet showing part of the Chinese flag and a marking of the Long March 5B rocket in the West Philippine Sea about 160 kilometers (100 miles) off Mamburao town in Occidental Mindoro province, according to the space agency, using the Philippine name for a part of the South China Sea closer to its western coast.

The agency asked the public on Tuesday to immediately inform local authorities if suspected floating debris is sighted at sea and warned people against retrieving or coming in close contact with such materials.

China has faced criticism for allowing rocket stages to fall to Earth uncontrolled at least twice before. NASA accused Beijing last year of “failing to meet responsible standards regarding their space debris” after parts of a Chinese rocket landed in the Indian Ocean.

The country’s first space station, Tiangong-1, crashed into the Pacific Ocean in 2016 after Beijing confirmed it lost control. An 18-ton rocket fell uncontrolled in May 2020.

China also faced criticism after using a missile to destroy one of its defunct weather satellites in 2007, creating a field of debris that other governments said might jeopardize other satellites.

No reported damage in Philippines from Chinese rocket debris