No, Earth’s Inner Core Is Not Reversing The Direction Of Its Spin 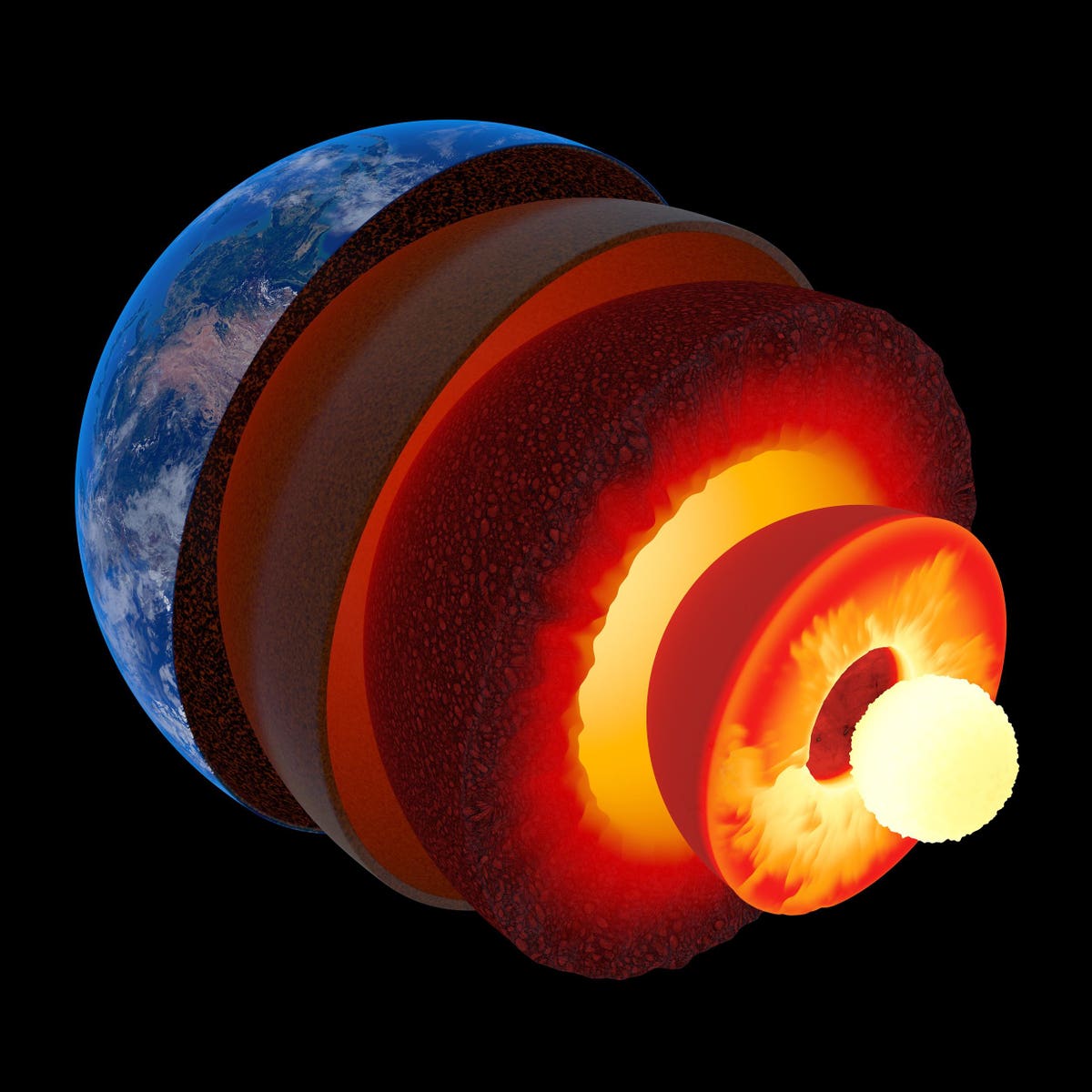 Science is hard. Writing about science can be hard too, although it’s almost never as hard as doing actual science. And yet we science writers tend to get the science wrong a lot.

This appears to be the case, to a rather stunning extent, in the instance of the reporting this week around new findings that researchers say shows the rotation of Earth’s inner core is slowing down relative to the spin of the mantle above it.

It helps to visualize this: Earth’s inner core is a solid ball that is surrounded by a fluid outer core. This is how it can rotate at a different pace compared to the planet’s outer layers — it’s essentially spinning at its own pace in a molten ocean at the center of our world.

So there’s been all kinds of studies using seismic data to try and get a better sense of what is going on in Earth’s core, which is a notoriously difficult thing to study. To be honest, there is so much controversy and disagreement over interpretations of all this data, that we don’t have a very precise picture of how the core works, why it does what it appears to do and how all of this impacts us on the surface.

There’s actually disagreement about what the study published this week in Nature Geoscience really shows.

“This is a very careful study by excellent scientists putting in a lot of data,” University of Southern California seismologist John Vidale told the AFP. “(But) none of the models explain all the data very well in my opinion.”

Multiple studies over years have shown that the inner core is speeding up, slowing down and even pausing relative to the rotation of the mantle. It’s kind of a mess.

What’s definitely not happening though, as far as most geoscientists can tell, is that the inner core of the earth has actually reversed and begun rotating in the opposite direction, which is still what a number of headlines this week from the biggest mainstream media outlets continue to suggest.

I can’t be too hard on the headline writers here. I’ve made similar mistakes myself. And going solely off the abstract of the study in question, it’s easy to see how mistakes were made.

It talks of patterns in the data which suggest “that inner-core rotation has recently paused” and that “seems to be associated with a gradual turning-back of the inner core.”

You can even find press releases from previous research on the rotation of the core that seem to suggest it changes direction, which Plait says are misleading.

“It’s just the speed of that rotation changed,” he wrote in 2022. “It’s like passing a car on the highway; to you it looks like it’s moving backwards, but to someone on the ground it’s just moving slower than you are. Perspective matters here.”

When scientists talk about the inner core rotation “turning back” or “shifting back” they’re referring to its oscillation between a state of super rotation (spinning faster than the outer layers) and sub rotation (spinning slower), but it’s always going the same direction.

Sometimes the language of science doesn’t map well on to lay language and can even contradict it, but there is a simple solution for journalists (including myself) to keep in mind: you can always pick up a phone and double check with scientists themselves.

Denial of responsibility! TechCodex is an automatic aggregator of the all world’s media. In each content, the hyperlink to the primary source is specified. All trademarks belong to their rightful owners, all materials to their authors. If you are the owner of the content and do not want us to publish your materials, please contact us by email – [email protected]. The content will be deleted within 24 hours.
EarthJohn VidalePhil Plait
0
Share

Story Of Seasons: A Wonderful Life Gets June Release Date In Charming Trailer