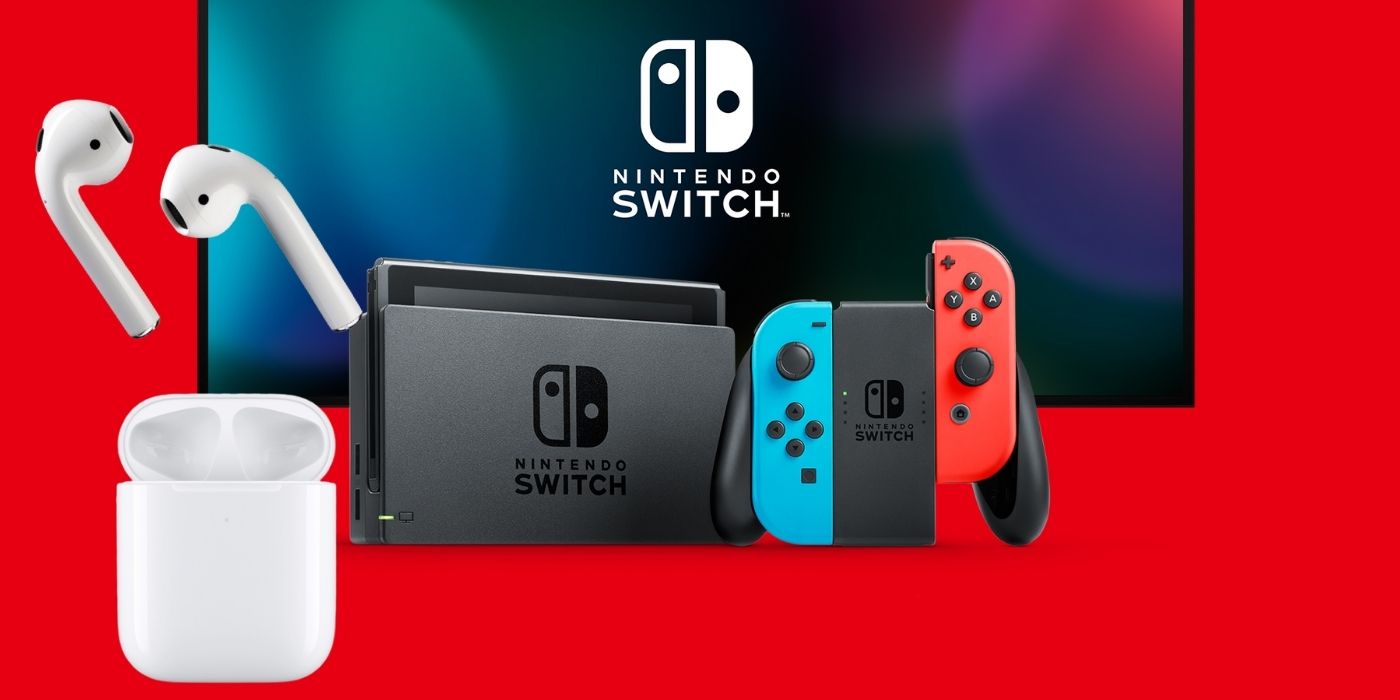 The latest Nintendo Switch update finally added compatibility with Apple Air Pods, allowing gamers to pop in their Bluetooth earbuds as audio output for the Switch. The new feature has been a long time coming, with all Switch models having launched without Bluetooth support for certain wireless devices. It was previously possible to use third-party adapters to gain Bluetooth access, however, the native feature was noticeably absent from all versions of the Nintendo Switch. One update back in 2019 gave gamers the option to connect certain Bluetooth devices, enabling a workaround so that people could listen to their system wirelessly. Specifically, the update allowed USB dongles to transmit sound, which allowed third-party adapters to enable the feature. Now Nintendo Switch devices will have native Bluetooth support.

It was previously speculated that Nintendo would be adding Bluetooth support to the Nintendo Switch when a reputable dataminer shared leaked information regarding the firmware update 12.0.0. The data revealed that the Nintendo Switch would be getting audio support to the Bluetooth driver, though it hadn’t been confirmed by Nintendo at the time of the leak. While it was only speculated that the firmware update would include Bluetooth support for wireless headphones, fans were adamant that Nintendo wouldn’t just add it for no reason. They were right.

The new update is a giant step for the Nintendo Switch, especially given that the device is supposed to be a portable gaming console. It was strange that the device was void of native Bluetooth support since gamers would likely want to pair wireless earbuds with the console, such as Apple Air Pods. This would have made playing Nintendo Switch games less cumbersome, especially if headphones were needed.

There are plenty of unused features in the Nintendo Switch, such as the underutilized “HD Rumble” that promised players would be able to distinguish the sensation of ice cubes in a glass of water. While one mini-game in 1-2-Switch did use the feature, most games neglected it. As for the native Bluetooth support, it’s unclear if players will utilize it. However, with a portable console ripe for handheld gameplay, it’s certainly likely Apple Air Pods owners will appreciate that they can finally pair the device and listen to the impressive Nintendo game soundtracks through the high-quality Apple earbuds.

Next: Does Nintendo Skipping TGS 2021 Mean A Direct Is Coming?

Alden is a freelance gaming news writer for Screen Rant. He has a love for video games and tabletop board games, and is an avid fan of all things sci-fi/fantasy.

18 of 20 gorillas at Atlanta’s zoo have contracted COVID