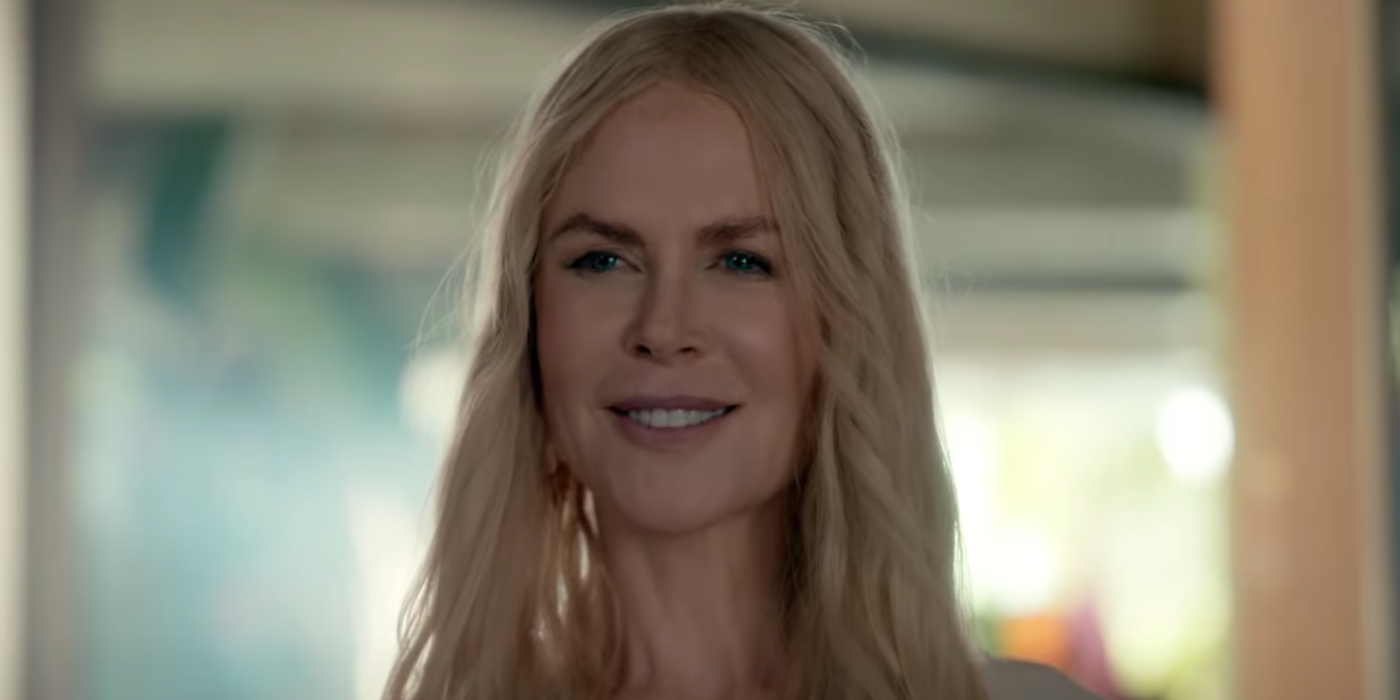 The series follows Masha (Kidman), the host of a 10-day wellness retreat where the guests may be in over their heads. The new trailer showcases several of the nine guests as they meet with each other and try to decide if Masha is for real or not. Soon, they participate in a strange form of therapy where they have to lay in graves while Masha’s assistant throws some dirt over them. As the trailer progresses, some of the guests seem to go mad, while others want answers to the mystery of what they have gotten themselves into. The rest of the trailer contains a montage of images that range from extremely suspenseful to absolutely joyful, showing that this miniseries will be nothing short of a trip.

Nine Perfect Strangers is based on the 2018 novel of the same name by Liane Moriarty. Moriarty also wrote the novel “Big Little Lies,” which was adapted into the hit HBO series that also starred Kidman and was produced by Blossom Films. Other cast members of Nine Perfect Strangers include Melvin Gregg (The Way Back), Asher Keddie (X-Men Origins: Wolverine), Grace Van Patten (Under the Silver Lake), Manny Jacinto (The Good Place), Tiffany Boone (Hunters), Hal Cumpston (The Walking Dead: World Beyond), and Zoe Terakes (Wentworth).

The first three episodes of Nine Perfect Strangers will be released on Hulu on August 18. Check out the official trailer and synopsis below:

“Based on The New York Times bestselling book by author Liane Moriarty, “Nine Perfect Strangers” takes place at a boutique health-and-wellness resort that promises healing and transformation as nine stressed city dwellers try to get on a path to a better way of living. Watching over them during this 10-day retreat is the resort’s director, Masha, a woman on a mission to reinvigorate their tired minds and bodies. However, these nine “perfect” strangers have no idea what is about to hit them.”

‘Cocaine Cowboys: The Kings of Miami’ Trailer Reveals a Wild Netflix Docuseries That Must Be Seen to Be Believed

Los Muchachos and Billy Corben are bringing the six-part saga to the streamer this summer.

Jon Mendelsohn is a writer for Collider, Ranker, CBR, and Wicked Horror whose brain is an encyclopedia of movie fun facts to an excessive degree. Jon is also an actor and filmmaker who enjoys travel and eating…pretty much anything that’s edible.

Retro FPS ‘Ultrakill’ becomes one of…

Why the Pixel 6’s Tensor chip is actually a…