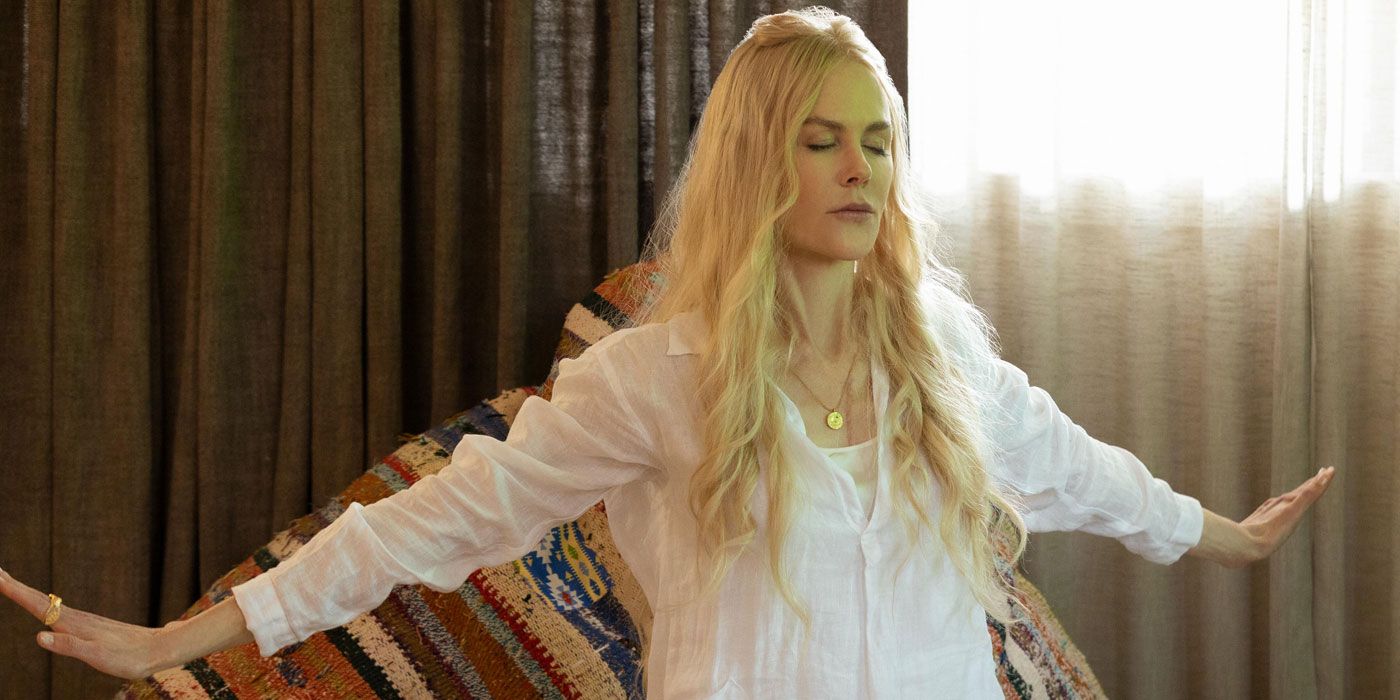 In a surprise move, Hulu has renewed David E. Kelley series Nine Perfect Strangers for a second season, per Variety. The show premiered in August 2021 and was initially conceived as a limited series. Based on the book of the same name by author Liane Moriarty, the show will now compete for Emmy Awards in the Best Drama categories, as opposed to those relegated to limited series.

Nine Perfect Strangers follows “nine strangers from the city who gather for a 10-day retreat at Tranquillum House, a health and wellness resort in the fictional town of Cabrillo, California, which promises to transform and heal the guests who stay there. The resort is not what it seems to be, and the guests are about to discover many secrets about each other and the resort’s host.”

This announcement will help Nine Perfect Strangers address the issue that Kelley’s other Kidman-starring series Big Little Lies faced. That HBO show was also initially conceived as a limited series, though it opted for a second season after the nominations for the Emmys had already been announced. In other words, Kidman and her co-stars Reese Witherspoon, Shailene Woodley, Laura Dern, and Alexander Skarsgård competed in categories they really shouldn’t have been in.

Hulu has been making big strides in original programming in order to compete with Netflix, with shows like Dopesick, Pam & Tommy, and The Dropout all recently completing their runs. All of those pertained to true crime in some sense and have been posited (thus far) as limited series. Under Disney, Hulu also houses all of the new FX series, with Andrew Garfield‘s Under the Banner of Heaven recently premiering. Later this year, the streamer will showcase Danny Boyle‘s biographical series The Pistol (based on the band Sex Pistols), as well as The Patient with Domhnall Gleeson and Steve Carell.

There is currently no release date for Nine Perfect Strangers Season 2.

Who Is Charlize Theron’s Clea in ‘Doctor Strange in the Multiverse of Madness’?

Our memories of the iPod

Oysters may flourish once more in Belfast with…