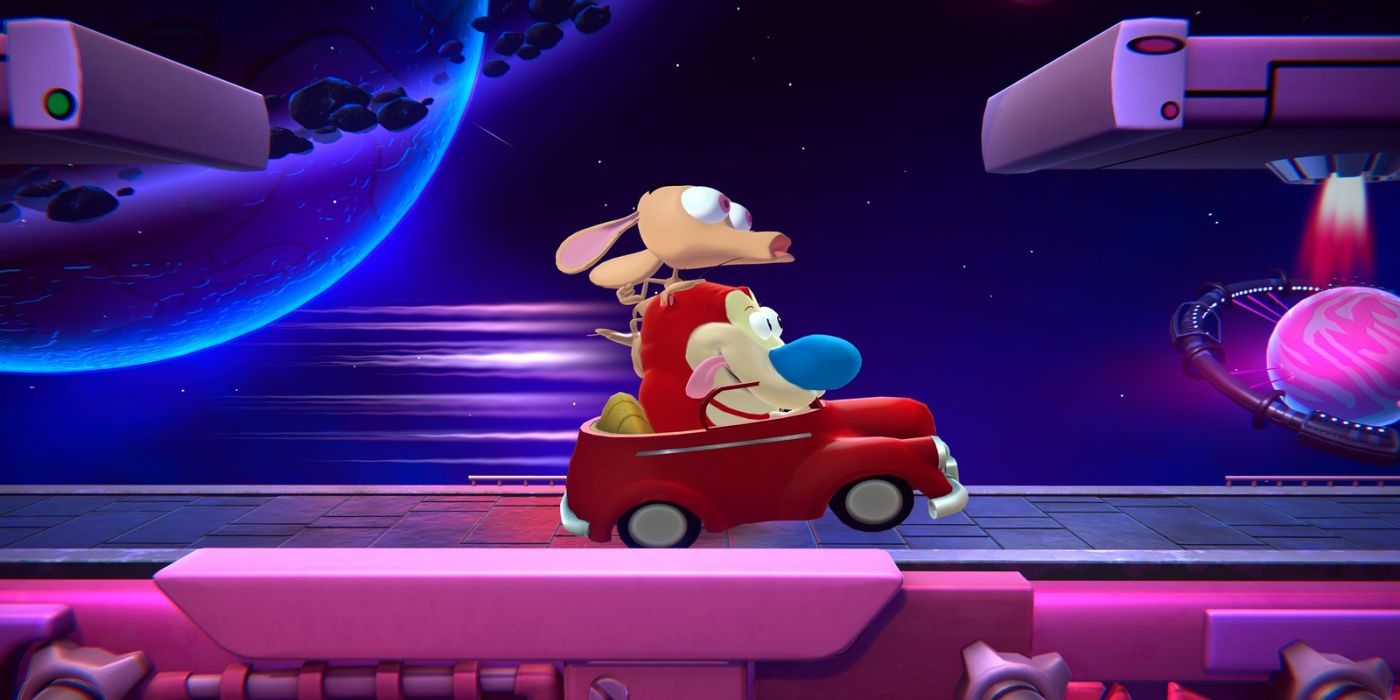 Ren and Stimpy are joining the roster for Nickelodeon All-Star Brawl as a tag-team duo, according to developers Ludosity and Fair Play Labs.

Developers Ludosity and Fair Play Labs have announced that Ren and Stimpy of The Ren & Stimpy Show fame will join the Nickelodeon All-Star Brawl roster as a tag-team duo. Along with publishers GameMill Entertainment and Maximum Games, the two development studios announced the Nickelodeon-centric brawler earlier this summer, promising an experience that provides players with more than just a Smash game filled with Nicktoon characters.

A whole host of iconic figures from about a dozen Nickelodeon shows are already confirmed to appear in All-Star Brawl. Of course, the likes of SpongeBob SquarePants and Sandy Cheeks were announced early on. Danny Phantom, Nigel Thornberry, Korra, and CatDog previously received formal announcements, as well. Leonardo, Michelangelo, and April O’Neil from TMNT also feature on the playable character list, as does Reptar and Zim from Rugrats and Invader Zim, respectively. Powdered Toast Man from The Ren & Stimpy Show serves as yet another confirmed playable character and, fortunately, he’ll be joined by the TV series’ titular characters.

A PlayStation Blog post from Ludosity officially unveiled two new fighters for Nickelodeon All-Star Brawl’s already impressive lineup – Ren and Stimpy. The duo comes as a packaged deal, though, fighting co-dependently as a tag-team. Since the two are inseparable in the show, it only made sense to develop them as a joint character, Project Manager Joel Nyström explained. They’ll, in turn, use each other as weapons, which helps convey the slapstick comedy that underscores the show’s charm. Typically, Ren will ride atop Stimpy’s shoulders as they work in tandem to defeat their opponents. Fans of The Ren & Stimpy Show should especially be pleased to learn that the log from the Blammo product placements makes an appearance in the duo’s special attack. Check out the new gameplay trailer:

Ren and Stimpy as a joint character seems a fitting addition to the roster, given that they sat atop many a wishlist from fans. Based on the little shown, thus far, it appears Ludosity and Fair Play Labs managed to capture the tone of the duo’s relationship and convey as much via gameplay. Here’s to hoping the experience feels as good to play as it looks.

Though Nickelodeon All-Star Brawl still boasts a targeted Fall 2021 launch window, the developers and publishers have yet to announce a firm due date. A Nintendo product listing suggests the fighting game could arrive as early as October 5; however, nothing is set in stone as of writing.

Next: Nickelodeon All-Star Brawl: 10 Characters Fans Want In The Game