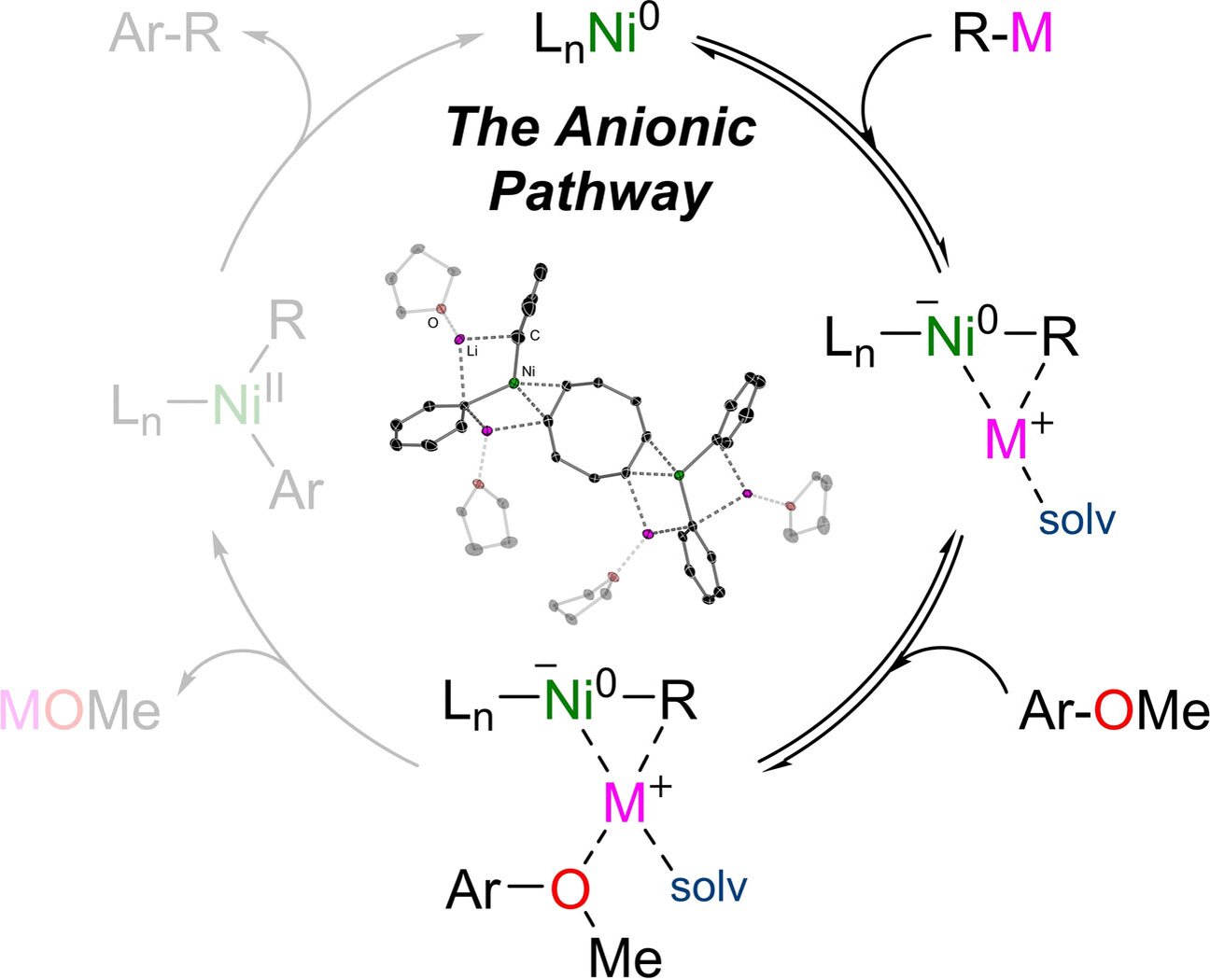 Metal catalysts are widely used in the production of drugs, dyes, adhesives, and plastics. Researchers have now discovered an intriguing property of nickel as a catalyst: it is able to catalyze the coupling of aromatic hydrocarbons in its anionic form, the nickelate ion. In this form, the two metals, lithium and nickel, work in cooperation in a unique manner, explain the authors in the journal Angewandte Chemie.

Carbon-based structures have a large number of uses, and are usually constructed using precious-metal palladium catalysts. One of the most widespread reactions for producing these structures is cross-coupling, in which two hydrocarbon fragments are joined together to create a more complex entity. However, some substrates cannot successfully participate in the reaction, meaning chemists have to find alternative routes or activate the substrate to make it compatible with these coupling reactions.

In some of these scenarios, nickel could be used as an earth-abundant alternative catalyst, write Eva Hevia and Andryj M. Borys of the University of Bern, Switzerland. The pair have demonstrated that nickel can form negatively charged intermediates under certain conditions. These intermediates can be used to promote reactions in substrates that are otherwise tricky to work with.

For example, a nickel catalyst is able to catalyze the cross-coupling of aryl ethers, substances found in tar and other crude oil products that form the basis of a number of specialty chemicals. These substances have very limited reactivity and usually have to be laboriously activated by chemists before they can be used. Hevia and Borys investigated the reaction of phenyllithium, an activated benzol, with beta-naphthol methyl ether, a basic aryl ether, using a nickel catalyst composed of a nickel atom and two molecules of cyclooctadiene, abbreviated to Ni(COD)2.

They discovered that the negatively charged ion, or nickelate, was formed in the very first reaction step. Two molecules of phenyllithium transferred their negatively charged phenyl radical to the neutral nickel atom. According to the researchers, this was only possible because the structure of the nickelate intermediate was stabilized both by the positively charged lithium ions and by coordinated solvent molecules.

As the reaction progressed, the nickelate catalyst initiated the cleavage of the challenging carbon–oxygen bond in the ether substrate and its coupling with one of the phenyl fragments, thus making it possible for the phenylnaphthalene product to form. Hevia and Borys report that the reaction was heavily dependent on the solvent used, and that the cooperation between lithium and nickel was key for its success.

This anionic reaction pathway offers an appealing alternative to standard palladium-catalyzed cross-couplings. Borys and Hevia’s work has revealed its dependence on the formation and the stability of the catalyst used. “The mechanistic insights gained through this study should allow for further developments in the applications of nickel catalysis in sustainable synthesis,” Hevia says.

All treat, no trick: T-Mobile expands its 5G coverage again and is giving away 10 free 5G phones

A long road ahead to recovery from Huntington Beach oil spill

Intense correlationship proved between irradiation damage and performances of tritium…