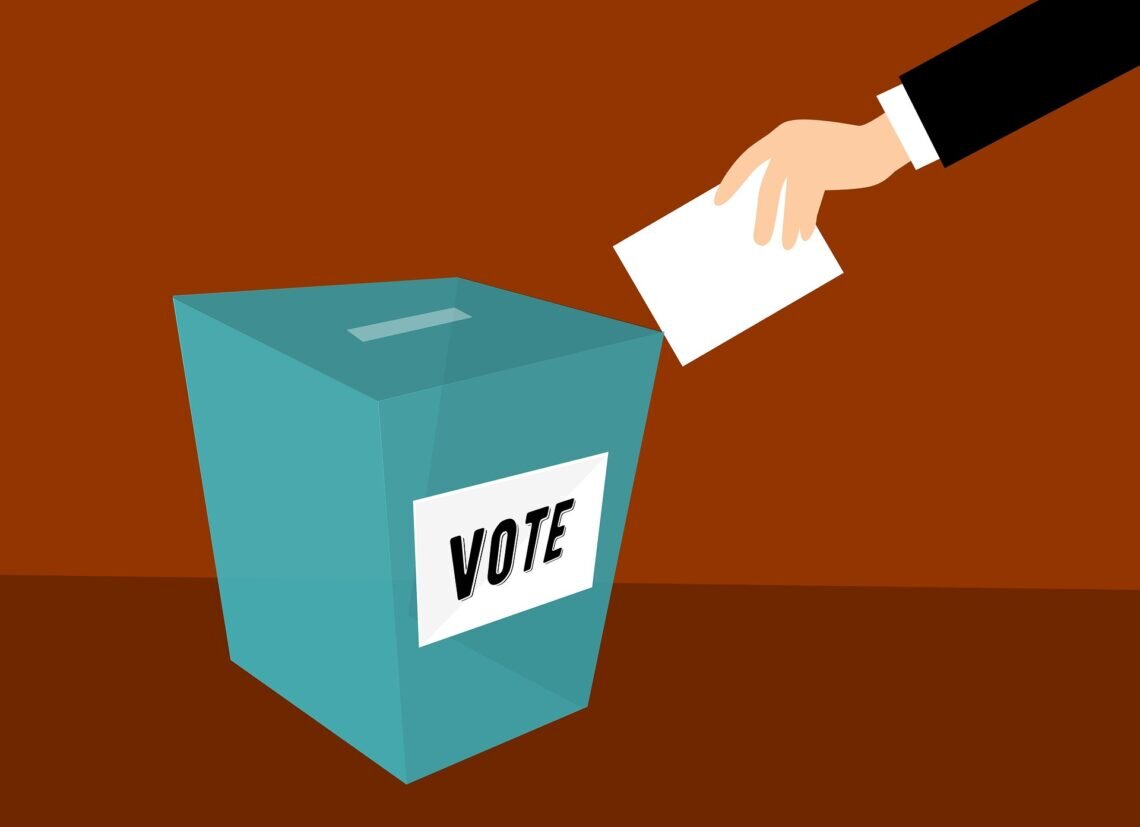 When groups of people need to reach a decision, they will often take a straw poll to test opinions before the official vote. New research from the University of Washington shows that one specific voting method proved more effective than others in identifying the best choice.

In a study published Sept. 28 in Academy of Management Discoveries, researchers found that groups that used “multivoting” in unofficial votes were 50% more likely to identify the correct option than those that used plurality or ranked-choice voting.

Multivoting gives people several votes to allocate across all options. The reality show “American Idol” uses multivoting, giving fans 10 votes each. They can use all 10 for their favorite contestant or split their votes among two or more. For this study, students were given 10 votes to distribute among three choices.

Plurality voting, where voters must select one option, is most often used in political elections. Ranked-choice voting, which is growing in popularity in some local and state political elections, allows people to list their preferences from first to last. It’s also used to determine Academy Award winners.

Michael Johnson, co-author and professor of management in the UW Foster School of Business, said multivoting most benefits groups that want to be sure they’re making the best decision. The researchers don’t believe it would work for political elections, mostly because of how taxing it would be to allocate votes across a variety of options.

“We see multivoting as primarily useful for decision-making groups in workplaces,” Johnson said. “Wherever groups feel like it’s going to be critical to get a decision right, use multivoting as an unofficial vote, look at the distribution and discuss after that. It works where people are motivated to vote consistent with what they really think rather than trying to strategically vote to counter another person.”

The UW study was based on the “pursuit teams” developed by the Department of Homeland Security after 9/11. The purpose was to connect the findings of multiple intelligence agencies to track potential terrorist threats.

In this study, researchers asked 93 groups of undergraduate students to simulate the counterterrorism support teams and identify which of three suspects represented the greatest threat. The student groups were given information about three terrorists, but no group member had all the information about any one suspect. Students had to share intelligence to correctly identify the biggest threat.

The teams were split into thirds, producing an even number of groups using ranked-choice voting, plurality and multivoting. All groups took a preliminary, unofficial vote to see members’ initial thoughts on the terrorist suspects. After the unofficial vote, they considered the results and discussed the suspects. If students combined the information well, they would be able to identify one terrorist who was clearly more of a threat. The teams then returned their final verdict.

Just 31% of plurality teams chose the most threatening suspect in the final vote, about the same as if it were left up to chance. In the unofficial vote, 6% of teams had a majority of members identify the correct suspect. That’s less than the 11% that would have been expected by chance.

Ranked-choice voting didn’t fare much better. In the final vote, 32% of teams identified the correct suspect. In the unofficial vote, 7% of groups had a majority of members rank the right suspect as the most threatening.

“We were surprised that the ranked-choice groups did not outperform the plurality groups,” Johnson said. “There is a lot of evidence, particularly in politics these days, that ranked-choice voting leads to outcomes that are more consistent with the preferences of the electorate than plurality voting does. That’s why we’ve seen so many political elections move toward ranked-choice voting.

“But ranked-choice voting is generally better at revealing the true preferences of people and not necessarily getting to the exact right answer. When people are making decisions at work, you’re more concerned about getting it right than about making sure it reveals what everybody thinks.”

Researchers found no evidence that discussions in the multivoting groups varied in any meaningful way from the other two voting conditions. Instead, the benefit of multivoting occurred before any discussion as students processed the information more deeply and considered the intelligence more critically.

“The real discovery, and the thing we didn’t expect, was that multivoting groups would be more accurate before they discussed,” Johnson said. “We just assumed they would all be kinds of equal before the discussion and then they’d improve at the end. If people have the option to say, ‘I kind of like Option A, but I also kind of like Option B,’ that might make them think more before they discuss, which would help them make the proper decision.”

Age of Empires 2, 4 Headed to Xbox One, Series S/X in 2023, Mobile Version Announced

Global PC shipments fell 15.5% YoY in Q3 2022: Reason and how the companies performed

Stanley Kubrick’s The Shining Had A…

Ubisoft Has Far Cry 7 and a FC Multiplayer Game in…

OnePlus all but launches the OnePlus 11R ahead of…