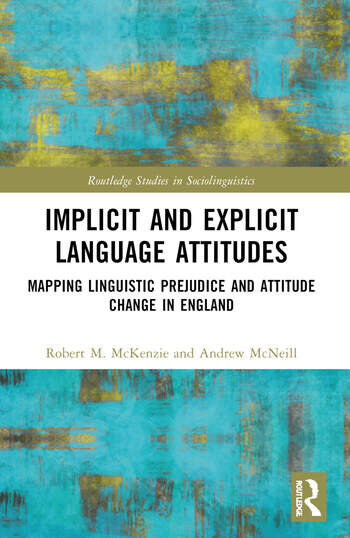 People form judgements about others from the way they speak, yet listeners are often unaware of their deeply embedded “implicit” biases.

That’s one of the findings from the British Academy-funded Speaking of Prejudice research project led by experts from Northumbria University, which has compiled responses from hundreds of people from across England when they listened to Northern English and Southern English accents. Analysis of the explicit self-reported and implicit—or unconscious—biases uncovered evidence of prejudice against Northern English speakers.

“People do think that speakers in the north of England are less intelligent, less ambitious, less educated and so on, solely from the way they speak,” said sociolinguist Dr. Robert McKenzie, who carried out the four-year study with Dr. Andrew McNeill and Dr. Mimi Huang. “On the other hand, people in the south are thought to be more ambitious, and more intelligent.”

Evidence of compensatory attitudes was also uncovered whereby people in the north were often also “stereotyped as being friendly, outgoing and trustworthy.”

The research found big differences between the explicit and implicit attitudes. “The negativity towards speakers of northern English speech or the northern English speaker was much more extreme, much more intense when you were looking at the implicit level. That tells us that at a conscious level people are less prejudiced than they once were but at an implicit level we still have those biases,” Dr. McKenzie added.

Since language-based prejudice also has profound negative social, educational and economic implications for the speakers of any denigrated accents, a long-term aim of the project is for accent to be designated as a protected characteristics under equality legislation.

“This is the prejudice that can dare speak its name,” explained Dr. McKenzie. “Just as people shouldn’t hold gender biases or biases about age, we shouldn’t have biases against accents.”

The research project is one of 12 chosen to be the subject of an exhibit at the British Academy Summer Showcase in London, a free two-day festival of ideas where the work of academic research will be shown on June 17 and 18.

Visitors to the Speaking of Prejudice exhibit will have the opportunity, via three interactive activities, to increase their understanding of their own—and others’—deeply embedded prejudices toward U.K. accents and learn about the linguistic features we use to recognize them.

The British Academy Summer Showcase coincides with the publication of “Implicit and Explicit Language Attitudes—Mapping Linguistic Prejudice and Attitude Change in England,” by Dr. Robert McKenzie and Dr. Andrew McNeill, published by Routledge later this month.

What We Do in the Shadows EP on Baby Colin’s Growth, Series Finale