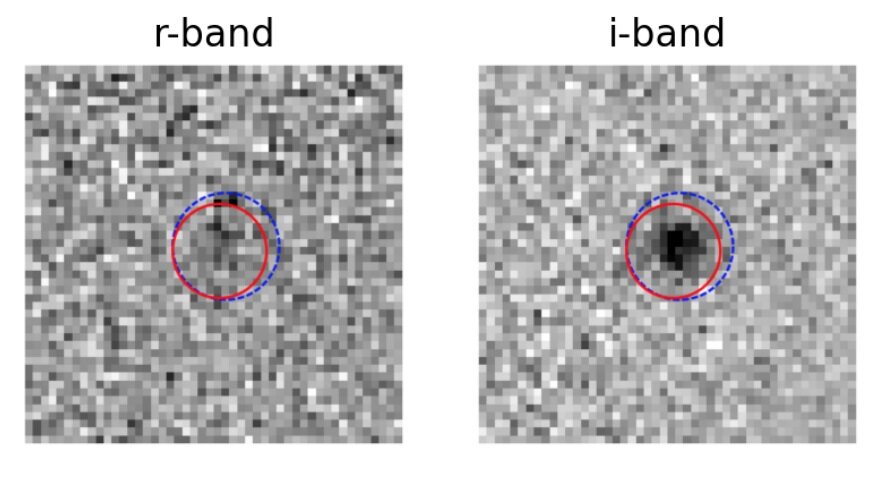 European astronomers report the detection of a new powerful radio-loud quasar at a redshift of about 5.32. The newfound object, designated PSO J191.05696+86.43172, turns out to be one of the brightest radio quasars identified at such a high redshift. The finding is reported in a paper published October 26 on arXiv.org.

Astronomers are especially interested in finding new high-redshift quasars (at redshift higher than 5.0) as they are the most luminous and most distant compact objects in the observable universe. Spectra of such QSOs can be used to estimate the mass of supermassive black holes that constrain the evolution and formation models of quasars. Moreover, high-redshift QSOs that are also radio-bright are unique signposts of supermassive black hole activity in the early universe.

Now, a team of researchers led by Silvia Belladitta of the Brera Astronomical Observatory in Milan, Italy, has discovered a new high-redshift quasar. The detection is a result of a cross-matching of the data from three different surveys.

“In this paper we present the discovery and the first observations of PSO J191.05696+86.43172 (hereafter PSO J191+86), a powerful jetted QSOs at z=5.32, which has been selected from the cross-correlation of the NRAO VLA Sky Survey (NVSS, Condon et al. 1998) in the radio, the Panoramic Survey Telescope and Rapid Response System (Pan-STARRS PS1, Chambers et al. 2016) in the optical and the AllWISE Source Catalog (Wright et al. 2010; Mainzer et al. 2011) in the mid-infrared (MIR),” the astronomers explained.

The study found that PSO J191+86 shows a possible peaked radio spectrum around about 1 GHz in the observed frame, which corresponds to 6.3 GHz in the rest frame. The researchers noted that if this turnover is confirmed by further observations, it will make the newfound quasar one of the most powerful gigahertz-peaked spectrum (GPS) sources at such a high redshift ever detected.

The flux density of PSO J191+86 was measured to be 74.2 mJy, which means that it is one the brightest high-redshift radio quasars known to date. Moreover, the very high radio loudness of PSO J191+86 makes it similar to the bulk population of blazars in the early universe.

The research found that the kinetic age of the radio jets of PSO J191+86 is within the range of 150 and 460 years. This finding suggests that PSO J191+86 may be one of the youngest GPS sources at such a high redshift. The study also allowed the team to estimate that the linear size of this quasar is between 32 and 100 light years.

In concluding remarks, the authors of the paper propose further radio observations in order to unveil the nature of PSO J191+86 and shed more light on its properties.