As spotted by some eagle-eyed Twitter users, a new advertisement for Super Smash Bros Ultimate featuring the game’s latest DLC character, Min Min, is up until October 4th.
While an ad doesn’t seem that newsworthy, a similar ad surfaced in Japan ahead of Byleth’s reveal as a new fighter on January 16th. 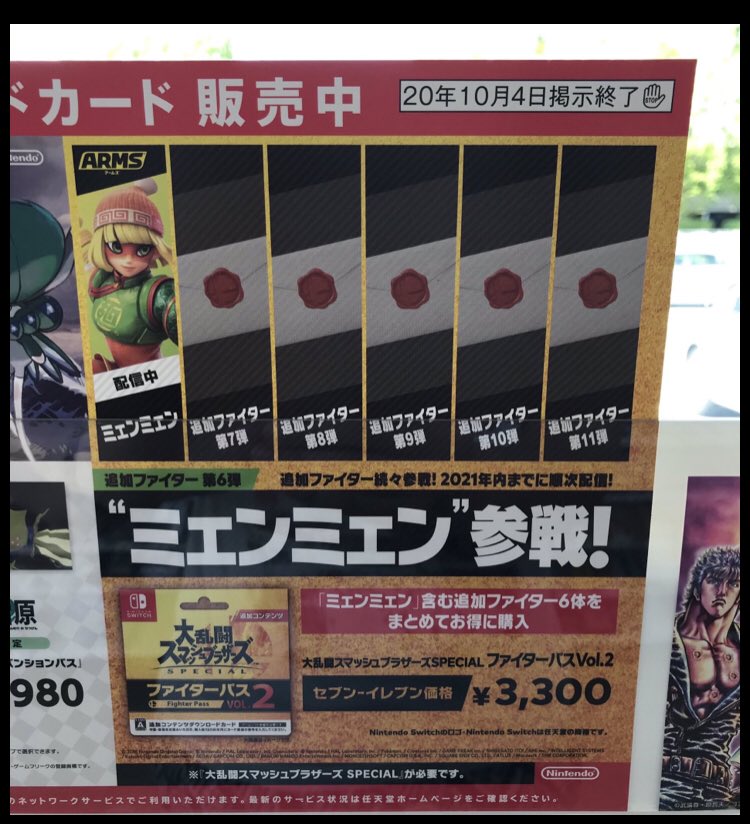 This was before we knew who character 5 was. This one was up until February 2nd. Byleth’s presentation took place on January 16th. pic.twitter.com/oqjAc5TadF

With that advertisement being up until the 2nd of February, chances are that Nintendo will be announced the new DLC fighter included in Challenger Pack 7 will be revealed in the next two weeks.

As with all rumors, however, please take the information above with a fair pinch of salt for now.

ARMS fighter ‘Min Min’ was officially announced for Super Smash Bros Ultimate back in June of this year. The ramen chef is the first character that has been included in the game’s Fighter Pass Volume 2.

Expand your roster even more with six additional playable fighters, plus additional stages, and music as they release. Purchasers will also receive a bonus Mii Swordfighter outfit: Ancient Soldier Gear.

Super Smash Bros Ultimate is available now globally for the Nintendo Switch. The insanely popular brawler was released for Nintendo’s hybrid platform back in December of 2018.

Join us for a whirlwind overview of Super Smash Bros. Ultimate for Nintendo Switch, hosted by none other than…The Announcer?! Who better to guide you through the game than the voice of the menus himself! Time to get amped because gaming icons are about to clash in the ultimate showdown you can play anytime, anywhere. Super Smash Bros. Ultimate is available now on Nintendo Switch!

Realme Narzo 20 series phones to launch in India today: How to watch the live stream

AOC’s debut Twitch stream is one of the biggest ever

Vivo phones are coming to Europe