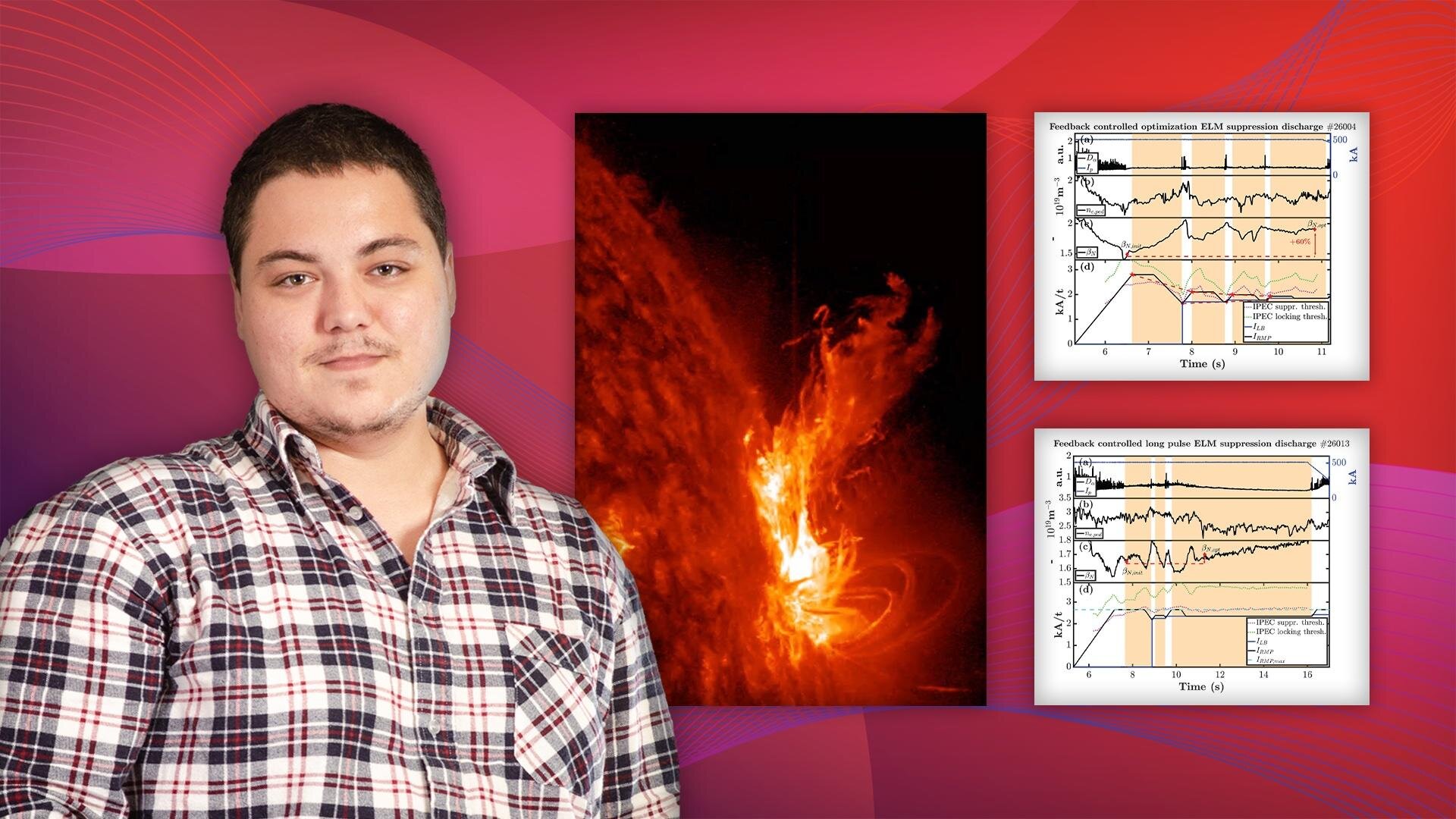 Scientists at the U.S. Department of Energy’s (DOE) Princeton Plasma Physics Laboratory (PPPL) have refined the use of magnetic fields to improve the performance of doughnut-shaped fusion facilities known as tokamaks. The improved technique protects internal parts from damage by instabilities called “edge-localized modes” (ELMs) and allows tokamaks to operate for longer without pausing.

“Our main result is that we showed that our technique can suppress ELMs while maximizing plasma performance,” said Ricardo Shousha, a graduate student in the plasma control group in Princeton University’s Mechanical and Aerospace Engineering Department who is affiliated with PPPL. Shousha is the lead author of a paper reporting the results in Physics of Plasmas.

Fusion, the power that drives the sun and stars, combines light elements in the form of plasma—the hot, charged state of matter composed of free electrons and atomic nuclei—that generates massive amounts of energy. Scientists are seeking to replicate fusion on Earth for a virtually inexhaustible supply of power to generate electricity.

The researchers used the Korea Superconducting Tokamak Advanced Research (KSTAR) facility to study conditions under which the center of plasma becomes especially hot and dense. This desirable state, known as H-mode, can occur when there is a sharp separation between the center and the colder edge; scientists want the plasma to be in H-mode because it produces more efficient fusion reactions. But because the temperature and density of the two regions are so drastically different, ELM instabilities form along the boundary, much as thunderstorms can form where hot and cold fronts meet. Those instabilities can cause spurts resembling solar flares, gigantic burps of plasma that erupt from the surface of the sun.

When these events occur in tokamaks, they can damage the inner walls and components, requiring the machine to shut down for repairs. The risk is even higher for ITER, the multinational tokamak being built in Cadarache, France to prove the feasibility of fusion as a large-scale and carbon-free source of energy, since that device will create plasma that has vastly more heat and power than current tokamak plasmas do.

So physicists have a dilemma. They want the plasma to be in H-mode, but H-mode leads to instabilities that could damage the tokamak. Shousha and the other researchers focused on using magnetic fields to tamp down the instabilities, a method discovered in 2003. The applied fields reduce instabilities by allowing particles to flow through the boundary. But one side effect is that the plasma cools and the fusion reactions become less efficient.

The research team addressed this problem by combining magnets with a feedback system. The combination determines the weakest magnetic field that can suppress the ELMs while minimizing how much the fields degrade the H-mode conditions. “That’s the novel part of our research,” Shousha said.

The results came from the dedication of the graduate students coupled with an international network of researchers and institutions. “Being part of PPPL and Princeton University is a great opportunity for graduate students,” said Egemen Kolemen, an associate professor in Princeton University’s mechanical and aerospace engineering department who has a joint appointment with PPPL and is a co-author of the paper. “They can run experiments anywhere in the world—the United States, China, Germany, South Korea—and they have the chance to control these powerful machines. And they do really well. As long as they have the will, we have the way.”

The scientists plan to refine their system so it can detect signals that herald the coming of the ELMs so the magnets can start preventing them before they arise. “The idea is if we can detect these precursor signals quickly, we can take action before the imminent ELM appears and potentially prevent it,” Shousha said.

A Minecraft real-time strategy game is reportedly in the works