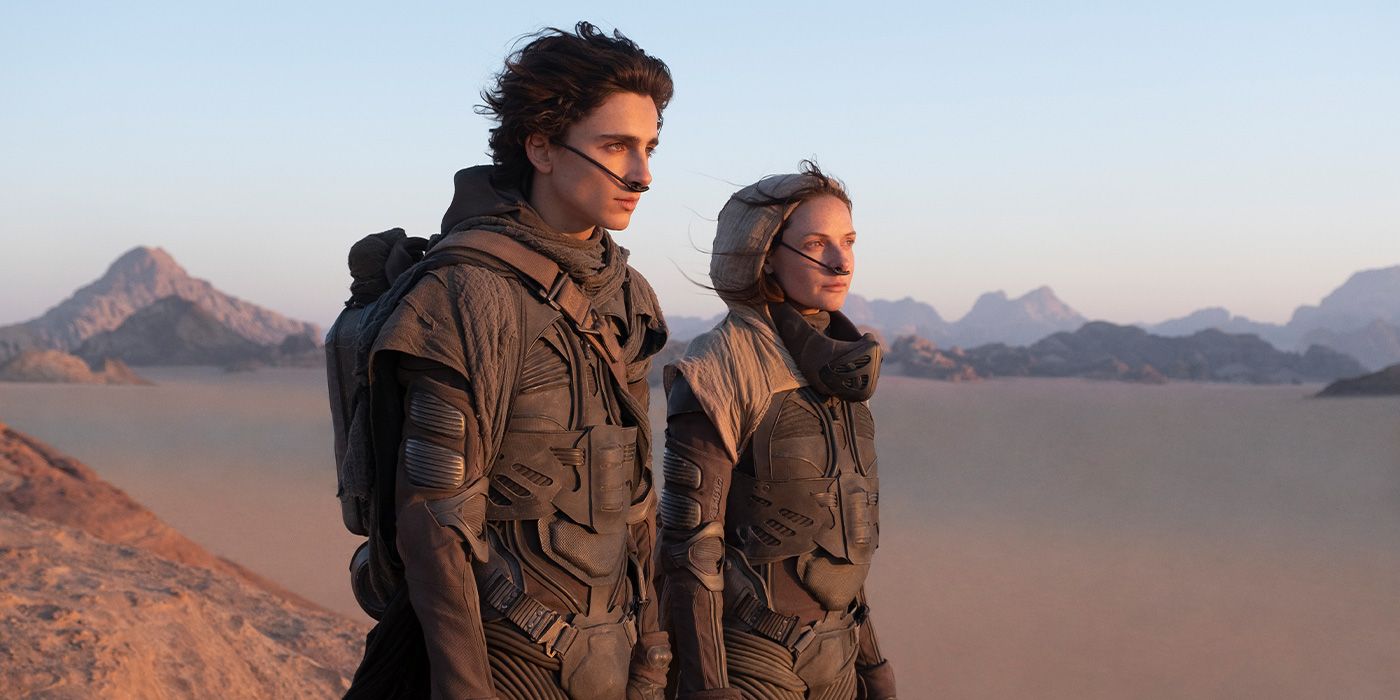 ‘Dune’ finally comes to theaters and HBO Max on October 22.

Warner Bros. has released a new trailer for Dune, ahead of the film’s October 22 release date. Directed by Arrival and Blade Runner 2049’s Denis Villeneuve, Dune stars Timothée Chalamet as Paul Atreides, a prince who travels to the desert planet Arrakis to protect the source of the most valuable substance in the universe, known as “Melange,” but the trailer also heavily features a look at Zendaya‘s Chani, who narrates the beginning in voiceover, as well as Oscar Isaac‘s Duke Leto Atreides, Paul’s father.

Villeneuve’s Dune will cover the first half of Frank Herbert‘s original novel. Previously, Villeneuve has said that “I would not agree to make this adaptation of the book with one single movie,” continuing that the “world is too complex. It’s a world that takes its power in details.” While it’s unclear when we might expect to see a second film, co-writer Eric Roth has said that he has written a full treatment for a possible sequel.

RELATED: ‘Dune’ Character Posters Have Us Hungry For Spice

Dune comes to theaters and HBO Max on October 22. Check out the new trailer and synopsis below:

Here’s the official synopsis for Dune:

A mythic and emotionally charged hero’s journey, “Dune” tells the story of Paul Atreides, a brilliant and gifted young man born into a great destiny beyond his understanding, who must travel to the most dangerous planet in the universe to ensure the future of his family and his people. As malevolent forces explode into conflict over the planet’s exclusive supply of the most precious resource in existence–a commodity capable of unlocking humanity’s greatest potential–only those who can conquer their fear will survive.

KEEP READING: ‘Dune’: Dave Bautista on the Pride He Felt When He Was Offered a Key Role and Being “Blown Away” by the Script

The Hulu series will be co-written by Park.

Ross Bonaime is the Weekday News Editor at Collider. He is a Virginia-based writer and editor who had written about all forms of entertainment for Paste Magazine, Brightest Young Things, Flickchart, The Free Lance-Star, and more. He has an unhealthy obsession with theme parks and the Criterion Collection and will defend the Lost finale until his dying day. More at RossBonaime.com.

Army of the Dead 2 Confirmed for Netflix With Zack Snyder, but Not After Until Rebel Moon