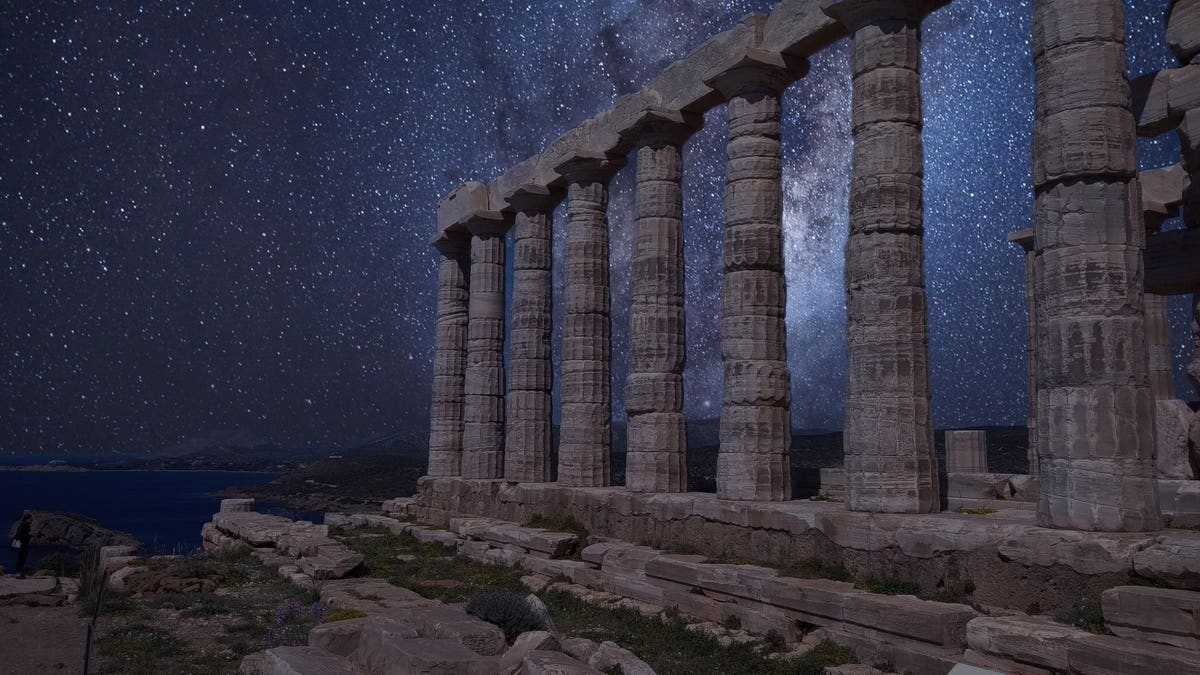 Fragments of one of the first-ever star catalogues—created by famous Greek astronomer Hipparchus during the 2nd century BC—have been found lurking in old manuscripts.

Hipparchus’ star catalogue is one of the earliest known attempts to record the exact position of stars visible to the naked eye. However, there is very little direct evidence for what was in the star catalogue.

As revealed this week in the Journal for the History of Astronomy, a team of scientists discovered fragments of four constellations in Hipparchus’ star catalogue in a book called the Codex Climaci Rescriptus, a collection of parchments from Egypt (and now in the at the Museum of the Bible in Washington D.C.) that were reused and overwritten in the medieval era. The team used multispectral imaging—imaging within specific wavelengths of light—to reveal the fragments.

What was revealed is astonishing. Hipparchus’ own calculations of stars in the northern constellations of Ursa Major (“the great bear,” which includes the Big Dipper), Ursa Minor (“the little bear”) and Draco (”the dragon”) appear to be remarkably accurate, according to the authors. They are also more accurate than the calculations of another famous astronomer that came after him, Ptolemy, despite the latter working four centuries earlier. This also confirms that Ptolemy’s work was original and not based on the work of Hipparchus, as had been suspected.

Hipparchus is considered one of the greatest astronomers of ancient times. He lived around 190 to 120 BC and successfully modelled the movements of the Sun and Moon. He also figured out that Earth’s axis acts like a spinning top, gradually drawing-out a circle every 26,000 years and thus changing constantly changing what’s referred to ass the North Star. It’s known as the precession of the equinoxes.

Ptolemy, who lived around 100 to 170 AD in Roman Egypt, is most famous for devising longitude and latitude and for proposing that Earth was at the center of the universe, which remained the basis of astronomy for a thousand years.

Denial of responsibility! TechCodex is an automatic aggregator of the all world’s media. In each content, the hyperlink to the primary source is specified. All trademarks belong to their rightful owners, all materials to their authors. If you are the owner of the content and do not want us to publish your materials, please contact us by email – [email protected]. The content will be deleted within 24 hours.
GreekHipparchusJournal for the History of AstronomyPtolemy
0
Share

Love from a Gorgon in Startling Terror Tales #13, Up for Auction