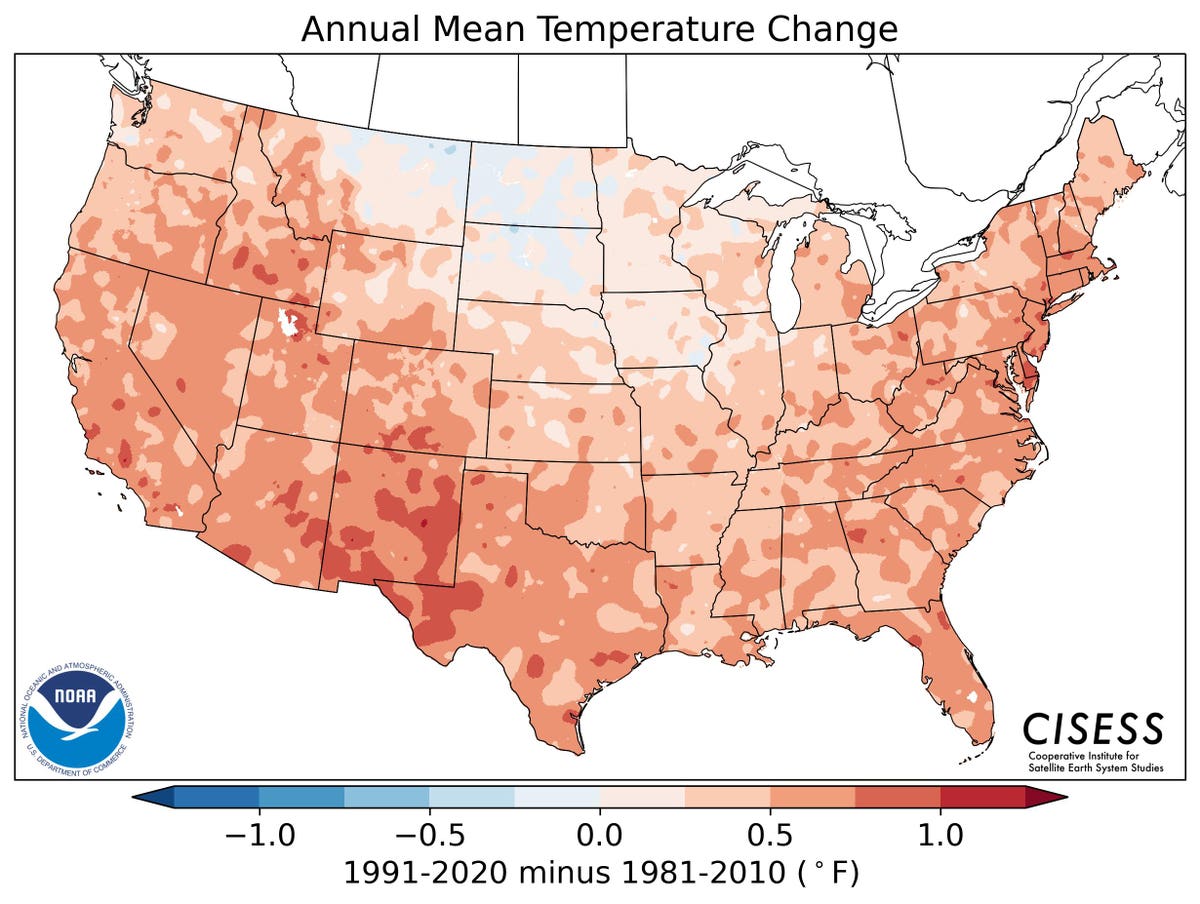 It is an interesting predicament in the weather community when the official baseline for forecasts, or U.S. Climate Normals, creates more ambiguity than certainty. The Normals, released this past spring by the National Oceanic and Atmospheric Administration and the World Meteorological Organization are decadal updates to the 30-year averages for both temperatures, precipitation and other variables. Meteorologists use them as baselines for forecasts and data for weather models. While the use of Normals has been around for nearly 75 years, this time meteorologists must account for the “abnormal” being the new normal. For example, in some months, temperatures in the new set of Normals are as much as three degrees Fahrenheit warmer in some U.S. locations over the previous set of Normals. Further, the last decade includes the warmest seven years on record for the globe.

While the overall temperature baseline is higher over the previous 30 years, the biggest portion of that increase occurred during the most recent decade.

The Normals data comes from almost 15,000 U.S. weather stations and track annual/seasonal, monthly, daily, and hourly averages and statistics for temperature, precipitation and other variables. The averages are updated every 10 years and now reflect those from the    1991-2020 period. While some of the recent updates are minuscule, the fastest-warming places are seeing a real bump in averages that could make some forecasts seem confusing and pose a challenge to meteorologists, with larger differences in winter and smaller differences in summer. These changes will make the temperature anomaly maps or charts will look cooler against the new set of Normals since the baseline is higher.

With this new baseline shifting to higher temperatures for most areas of the country, forecasters will likely not be pointing out as many above-normal days as before. In fact, some days that were once considered hotter than normal may now be categorized as cooler than normal when compared to the new normal baseline.  It’ll be important for forecasters to educate audiences about this shift in what we know as normal and how the average temperatures have changed.

While these challenges with using Normals exist, the updates are critical for helping businesses plan as it’s important to have the most recent data reflecting the current risks. For example, energy companies and utilities benefit from having accurate insights into extreme heat and cold to predict gas and electricity supply and demand and make the related rate changes necessary most accurately. Other industries benefit from these insights as well, for example in construction, having insights into high-precipitation days can help them set schedules with appropriate weather delays built in. And in agriculture having the most current data on “normal” drives decisions on what crops and varieties are planted.

The meteorological community relies heavily on the Normals as an essential forecasting tool to help users make crucial economic and public can safety decisions beyond just a standard weather forecast.  Forecasters around the world work will need to take extra measures to ensure that there is context to these “abnormal” Normals so the public and business users of this data can make the correct decisions.

Denial of responsibility! TechCodex is an automatic aggregator of the all world’s media. In each content, the hyperlink to the primary source is specified. All trademarks belong to their rightful owners, all materials to their authors. If you are the owner of the content and do not want us to publish your materials, please contact us by email – [email protected]. The content will be deleted within 24 hours.
average temperatureClimate ChangeNOAAU.S.weather
0
Share

Microsoft Edge for macOS is getting some exciting security updates

Russian rocket blasts off carrying Japanese billionaire to the ISS

Fleshing out the bones of Quetzalcoatlus, Earth’s largest flier ever