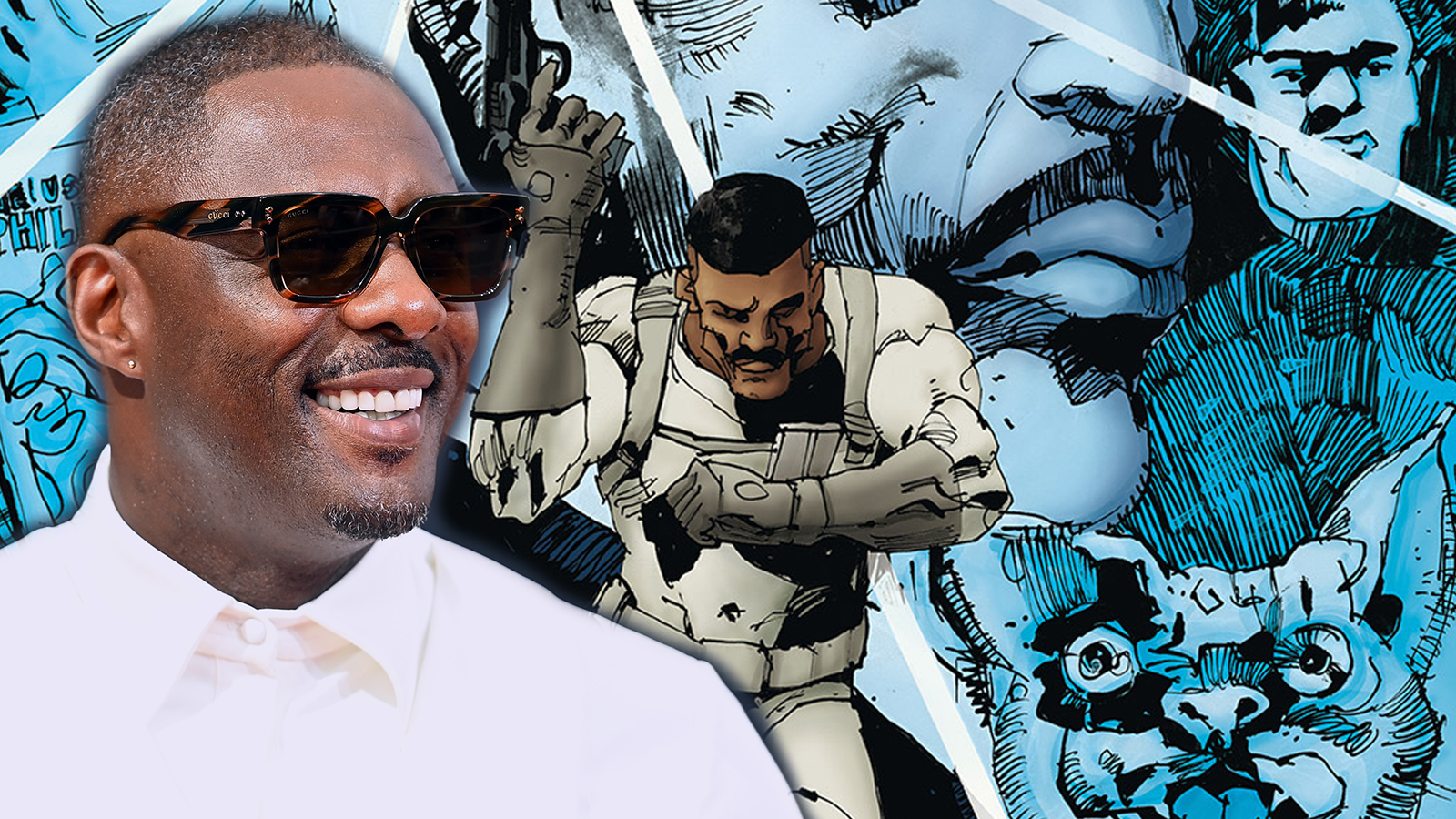 As part of Dark Horse Entertainment’s new collaborations with Netflix, Idris Elba will star in a film adaptation of the comic Bang!

First reported by The Hollywood Reporter, David Leitch will man the directorial duties for the film, which will be produced by Mike Richardson, Keith Goldberg, and Kelly McCormick.

The feature will be written by Matt Kindt, who was part of creating the original comic series with Wilfredo Torres, and Zak Olkewicz.

Bang! is a spy thriller about a cult set on the goal of starting the apocalypse and to do this they have launched a series of novels with the goal of brainwashing their readers. Of course, there is a spy on the case and he is set on chasing down those responsible.

Here is a look at an official synopsis for the series via Dark Horse.

“A best-of-the-best secret agent with memories he couldn’t possibly possess, a mystery writer in her 60s who spends her retirement solving crimes, a man of action with mysterious drugs that keep him ahead of a constant string of targeted disasters, a seemingly omnipotent terrorist organization that might be behind it all . . .

And they’re all connected to one man: a science-fiction author with more information than seems possible, whose books may hold the key to either saving reality or destroying it.”

Alongside Bang!, the report also shared the news that Netflix and Dark Horse will also be collaborating on a TV adaption of the Mind MGMT comic series with Stranger Things’ Curtis Gwinn attached.

These aren’t the first collaborations between the streamer and the comic company. Previously, the platform added adaptions of Polar and Samurai Rabbit: The Usagi Chronicles.

Right now it is unclear when Bang! is set to arrive on the platform.