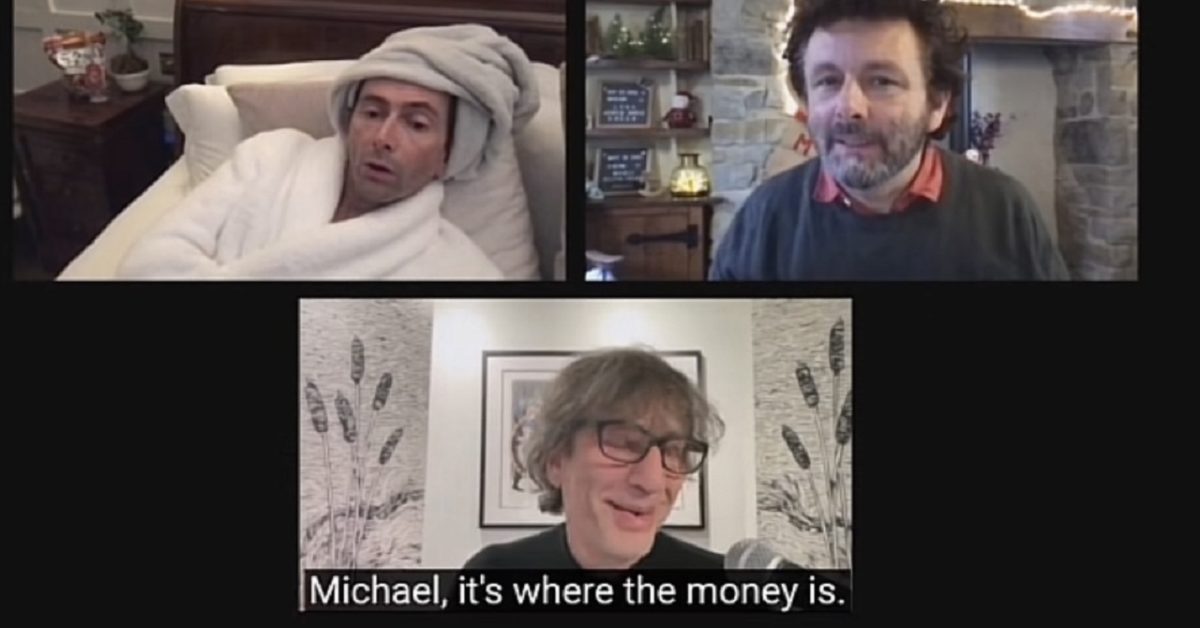 The third series of Staged, the comedy series that started in lockdown starring David Tennant and Michael Sheen, drops today. Again, playing versions of themselves trapped in a toxic friendship with the show’s real-life writer/director Simon Evans. The previous two series of Staged were big hits for the BBC, with relatively low production costs over lockdown, including casting their own partners, Georgia Tennant and Anna Lundberg, as supporting characters. Which also led to them being able to afford A-List talent on the budget, including Samuel Jackson, Dame Judy Dench, Whoopi Goldberg, Cate Blanchett, Christoph Walz, Jim Parsons, Phoebe Waller-Bridge, Ewan McGregor, Josh Gad, and Simon Pegg. Which may be why Staged Series 3 is now exclusive to BritBox in the UK for its third season.

There’s no letup on the guests this year either, but because this is Bleeding Cool, we have one we’d like to focus on. A certain Neil Gaiman, who wrote and served as showrunner of the Good Omens TV series based on his novel with the late Sir Terry Pratchett, in which both Tennant and Sheen starred. With its second series coming from the BBC and Prime Video soon. Though David Tennant has a problem with that.

Of course, for Michael Sheen, there are worse choices of collaborators than Neil Gaiman…

So, Neil it is. And just as the show Staged exposed the shallow bitterness that many actors experience in their day-to-day lives, so Neil Gaiman is shown as not that different. Obsessed with a move into Nordic crime stories instead of fantasy, there are (purely fictitious) rifts exposed with other fantasy writers such as George R R Martin – which probably stemmed from his rejection of an early version of Sandman for the Wild Cards series!

Staged Series 3 is available on the BritBox streaming service from today. along with the previous two series and Special.

Staged Series 3: Things have returned to normal for David and Michael. They have moved on from lockdown and returned to their everyday working life, while Simon’s career remains stagnant. His phone does ring, but only to ask if he can get David and Michael back together, and they’ve made it clear they want nothing more to do with him. But Christmas is approaching, and Simon hopes the warmth of the season might soften them to the idea of a radio version of a Christmas classic…but that’s as far as Simon’s plan has got!