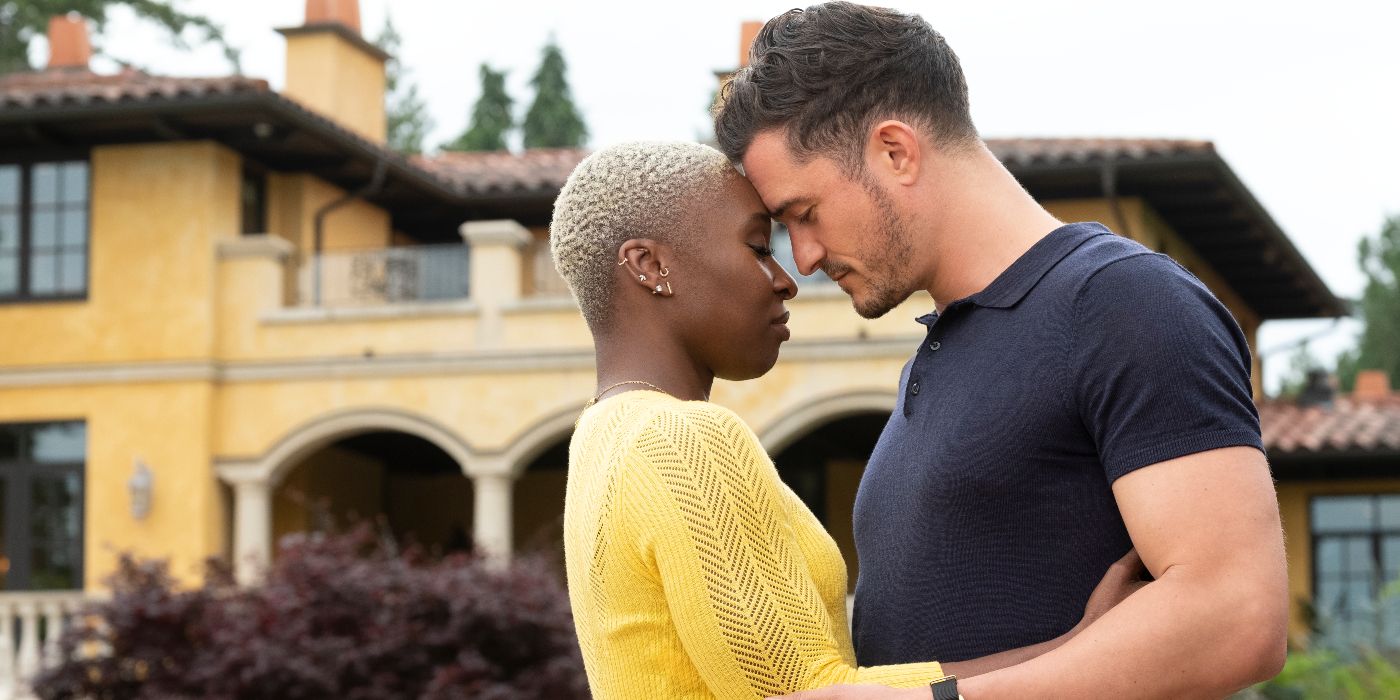 Lionsgate has dropped the final trailer for their upcoming romantic/sci-fi drama Needle in a Timestack, starring Leslie Odom Jr, Cynthia Erivo, Orlando Bloom, Freida Pinto, and Jadyn Wong. The film is based off of a short story by Robert Silverberg and is written and directed by John Ridley (of 12 Years a Slave fame). Needle in a Timestack comes to select theaters and On-Demand on October 15.

The trailer starts with Nick (Odom) and Janine (Erivo) being very lovey-dovey and professing their eternal affection for one another. Unfortunately, it’s not long before Janine’s ex-husband (Bloom) tries to butt his way back into their lives by literally traveling through time in order to rekindle his relationship with Janine and force Nick to end up with his college girlfriend (Pinto). In the new timeline, Nick is desperate to get back to the reality where he and Janine are still together, while his alternate timeline wife struggles with his change in behavior.

The trailer itself ends on a pretty big cliffhanger: what’s going to happen? Are Nick and Janine true soulmates who are destined to be together? Will Janine’s ex-husband succeed in tearing them apart? Will Nick discover that his new timeline isn’t so bad after all?

Obviously, fans will have to wait until the movie comes out to know for sure. In the end, the movie’s tagline asks us one very important question: “can love endure in a future where time is fluid, and all of life may be just an illusion?”

Needle in a Timestack is written and directed by Ridley and produced by Zanne Devine, Aaron L. Gilbert, Matt Kennedy, and David Thwaites. The film will be available in select theaters and On Demand October 15. Check out the final trailer below:

‘Zeroes and Ones’ Trailer Has Ethan Hawke Trying to Find His Brother, Played by Ethan Hawke

A Smash Hit Movie Everybody Seems to Hate Surges on Streaming

The Huawei P50 Pro and its true-to-life…

This super-versatile Instant Pot is close to its…

Matt Reeves Explains Why He Turned Down Ben…