Last month it was revealed that only those who buy the $100 NBA 2K21: Mamba Forever Edition will get to upgrade from the current-gen version of the game to the PS5 or Xbox Series X versions, but it seems 2K Games isn’t so leery about crossgen support when it comes to their lucrative Ultimate-Team-style MyTeam mode. Today 2K announced that all MyTeam content and currency will automatically carry over from the current to next-gen versions of NBA 2K21, although only within the same “console family” (so, PS4 to PS5 and Xbox One to Xbox Series X). 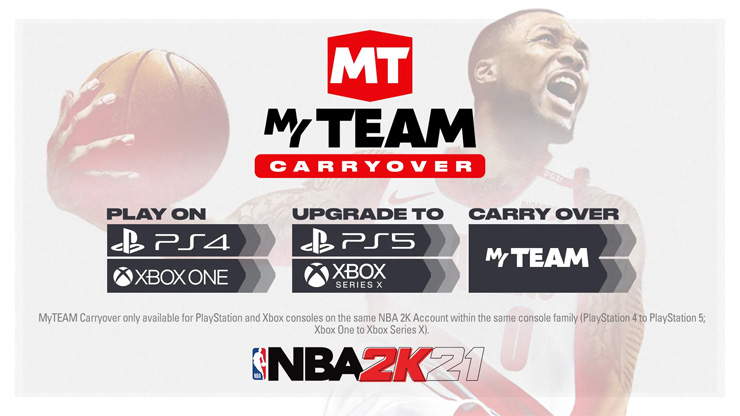 Mafia: Definitive Edition’s “Classic” Difficulty is For True Gangsters Only

In addition to crossgen progression, the following new features are coming to MyTeam this year:

So yeah, as long as you’re shelling out for card packs, 2K has your back when it comes to crossgen support. At this point, most NBA 2K players are used to the series’ mercenary approach to, well, everything, but 2K is being particularly bald-faced in this case. But hey, at least they didn’t announce any new casino games for MyTeam this year.

NBA 2K21 comes to PC, Xbox One, PS4, Nintendo Switch, and Stadia on September 4. Xbox Series X and PS5 versions should arrive later in the year. A current-gen NBA 2K21 demo will be available later this month.