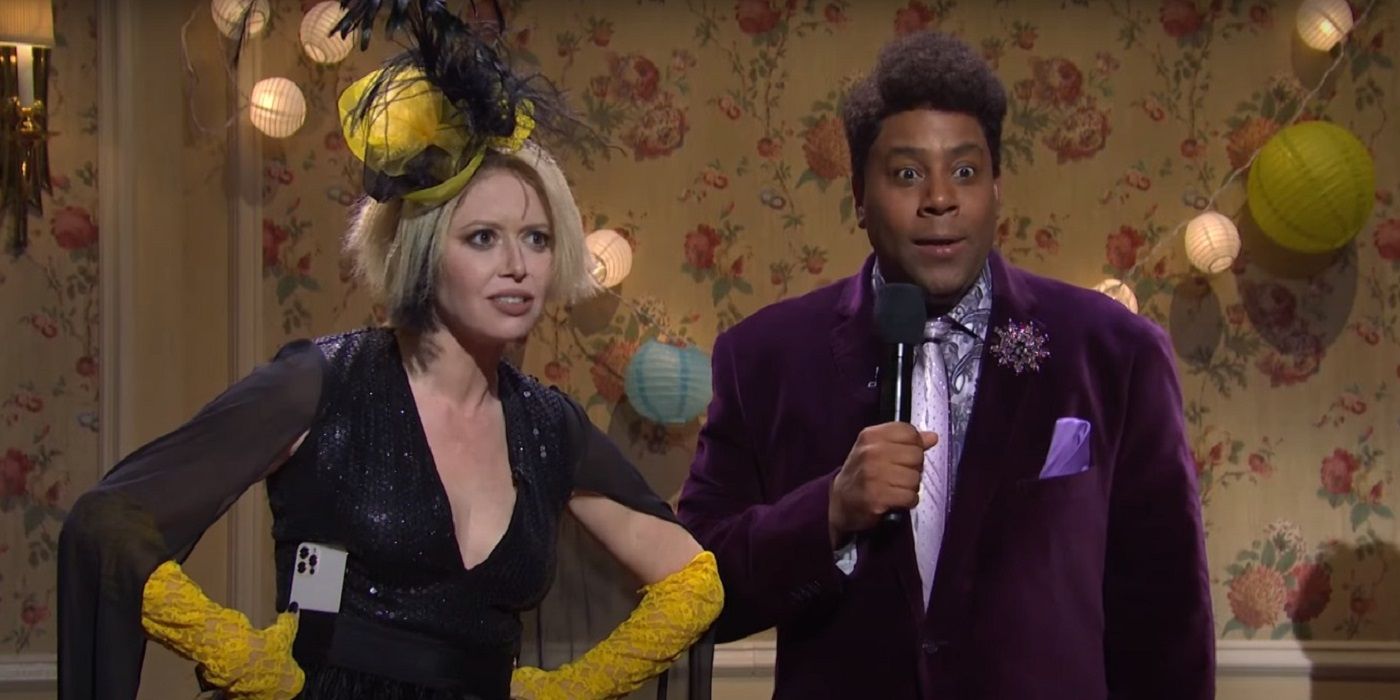 No one has quite mastered the musical host vibe the same way Kenan Thompson has on Saturday Night Live. In a new sketch called “Summer Gig” from the Season 47 finale with host Natasha Lyonne and musical guest Japanese Breakfast, we got to see what would happen if he was a singer in a band at an event with several mishaps.

Much of the chaos starts when two attendees, played by Bowen Yang and Chloe Fineman, are mistaken for a couple. The pair reveal that Yang’s character is gay while Fineman’s character is his psychic. The duo also reveals that they spent a total of 4 dollars for the show’s tickets before Fineman gets a message from the spirit world.

As Thompson’s character is trying to keep the show going, he quickly learns that Fineman has answers for him on why his roommate, landlord, and bandmate – Lyonne – was crying in the car when he saw her this morning. What really is a musical set if there isn’t a psychic there to tell you about the future that you’re trying to hide from? Fineman reveals that Lyonne’s character is hiding something from him, and eventually, the room learns that her ex-boyfriend, Ronald, is at their house and going to burn all of Thompson’s clothes thinking that they’re hers.

While simple in formula, the sketch excels by playing out in an entirely unpredictable way with the story taking unexpected, and perhaps unreasonable, turns. Lyonne’s character, who is a harmonica player, is seen trying to continue with the show while Thompson’s character has little regard for boundaries in the very public setting. When called out by fellow bandmate, played by Kyle Mooney, Thompson states that he “cares about her emotional state.”

For most of the sketch, the other bandmates, played by Mooney and Cecily Strong, are in the background encouraging the story to go on. Strong only gets a few words in this sketch, but her dancing presence certainly contributes to a few laughs in the sketch. By the end of the sketch, it is apparent that Thompson’s clothes, including his prized Bottega Veneta knock-off fanny pack, are gone, especially after he urges Lyonne to call her ex who she then incites to go ahead and burn the clothes.

While not the best sketch of the night, the easy chemistry between Lyonne and Thompson is a strong selling point. Check out the full sketch below:

‘SNL’: Natasha Lyonne Reminds Us That Every Stupid Vote Counts in PSA Sketch

Do YOU Have What It Takes to Be The Next “American Hero”?

Insomniac Games’ Multiplayer Title Is a Brand New IP, As per Job Listing